The Scoop: In 2010, WhatsYourPrice.com (WYP) started a campaign to improve the economics of online dating by incentivizing users to meet one another offline. The dating site offers single men a chance to bid on dates with savvy, desirable women. Its mutually beneficial system allows singles to skip the chit-chat and land a first date with someone who knows their worth. What’s Your Price keeps its finger on the pulse of the dating scene by frequently surveying its 2 million members about various dating-related topics. Recently, the niche dating site got into the Halloween spirit by polling single men to see what costume ideas excite them the most. A majority of men in the What’s Your Price survey pointed to Wonder Woman as the most attractive costume turning heads in 2018.

The 2017 blockbuster “Wonder Woman” was a groundbreaking film for many reasons. Not only did DC Comics take a chance on a female lead — something Marvel has been notoriously slow to do — but they also put a female director in charge of the project.

Director Patty Jenkins said she felt a lot of pressure to strike the right tone in her female-led superhero movie. She didn’t want to make Wonder Woman appear silly, cartoonish, or overly sexual. She envisioned instead a confident superhero who could be a bit cheesy but ultimately would be a powerhouse character to be taken seriously. 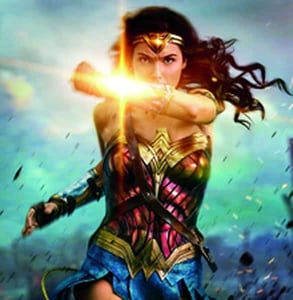 If they didn’t take her seriously when the movie came out, they did once the box office gross came in. “Wonder Woman” grossed over $821 million worldwide. Its success proved that superhero movies don’t need a male lead to attract a mainstream audience.

Wonder Woman provided a model of what a strong, brave, and attractive woman looks like, and we’ll surely see many women donning the tiara and picking up a shield this Halloween. In fact, dating site WhatsYourPrice.com conducted a survey and found that Wonder Woman is the most desirable costume women can wear in 2018.

Since its launch in April 2010, What’s Your Price has encouraged its members to set high standards for themselves in the dating world and pursue their relationship goals without fear or judgment. Sounds pretty heroic, right? It’s no wonder this can-do audience is drawn to the dynamic Wonder Woman, among other strong females.

“People love Halloween because it gives them the opportunity to be someone or something they’re not for a night,” said Brandon Wade, Founder and CEO of WhatsYourPrice. “Halloween is better than a first date because you get to catch a glimpse of someone’s personality that you may not see right away normally.”

In the month leading up to Halloween, Whats Your Price polled over 10,200 men to find out which costumes they had their eye on this year. Popular Halloween costumes often speak to the mood of the nation — even predicting election cycles with greater accuracy than professional pundits — and these trends can also tell you a little something about how singles view one another in the dating scene.

What’s Your Price’s survey yielded some interesting results. The single men in the survey responded overwhelmingly in favor of the Wonder Woman outfit. According to the survey, 53% of men think Wonder Woman is the most attractive Halloween costume available this year. That’s a solid majority. 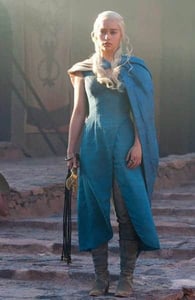 According to the What’s Your Price survey, Daenerys Targaryen is among the most date-worthy costume choices.

The second place spot was won by the Queen of Dragons herself, Daenerys Targaryen from “Game of Thrones.” Yet another powerhouse lady who frequently makes men quake in their boots. But nearly a quarter of men (22%) said her fearsome look works for them, and they’d like a date to try having silver hair for a day (or maybe just a night).

Other Halloween costume contenders included Melania Trump, Meghan Markle, a flapper, Nakia from “Black Panther,” a sexy nurse, and Cardi B. Setting aside the generic flapper and time-honored sexy nurse, these women seem to have an assertive streak in common. Not only are they beautiful, but they are also accomplished, poised, and strong-willed.

Some of them are duchesses and others are superheroes, but they all know how to get things done and looking good while doing it. That seems to be a uniquely attractive quality to men in the What’s Your Price survey. They seem drawn to power and strength, which is good news for the single feminist women of the world. Perhaps the future is female after all.

What’s Your Price has made inroads in the dating scene by keeping up with what daters want. The dating site offers an intriguing arrangement where men start bidding wars over the most attractive and confident women online. This isn’t the typical sugar dating site where singles seek long-term relationships. The only thing on the table is first date; everything else can be negotiated later. Women set the price of the date, and men must agree to it before engaging in a conversation.

What’s Your Price has found success by building a female-friendly and economical online dating structure.

Sometimes these first dates lead to lasting relationships. A user named Nick recently posted a comment saying he found his special lady on What’s Your Price. “I have met a like-minded woman, and we are currently happily moving ahead with our relationship,” he said. He described his experience on the dating site as an overall positive one.

What’s Your Price brings a lot of value to the dating scene, and its innovative system can benefit both men and women. Men have assurance that the women on the site won’t ghost them or stand them up, while women enjoy a little extra green in their bank accounts — and all for going out on a first date!

As one fun-loving member named Jessica said, “I get paid to go on dates with men that I would go out with anyway. It’s a win-win for me.”

Now that “Wonder Woman” had led the way and shown that female action heroes are actually pretty cool, you can expect many more female-driven comic-book movies to come out of the woodwork. Marvel has already announced plans to release Captain Marvel and Black Widow movies in the coming years, and DC is throwing money at Patty Jenkins to put “Wonder Woman 2″ in box offices by next year.

Of course, as we approach Halloween, Wonder Woman is the female superhero on everyone’s minds. It should come as no surprise that many men on What’s Your Price pointed to this badass woman as the most iconic and desirable costume of the year. Wonder Woman, like many of the other powerful women on the list, is sexy because she can handle herself. She can do anything her male counterparts can do — but she does it in a skirt and thigh-high boots. If that’s not impressive, I don’t know what is.

What’s Your Price’s recent survey sheds light on what the modern man is looking for in the modern woman, and it’s not an altogether discouraging picture.

“This survey offers some hope, given the current political and social climates in our country,” said Heather Ebert, Public Relations Manager at What’s Your Price. “We already know that so many women look up to the strong, independent female superheroes that grace our TV screens, but what’s important to know is that there are men who appreciate these influential women, too.”