The Scoop: A dating app called Wandure has streamlined the online and mobile dating process by empowering Canadian singles to go on quality dates. The app focuses on inspiring real-life connections and meaningful relationships with its unique, hands-on matching system. The Wandure platform customizes adventures for singles who have matched with each other on the app, and it has fostered hundreds of fun-filled experiences as a result. If you’re ready to quit the swiping game for good, Wandure can help you meet compatible people who are looking for something real.

Wandure began as a social app for lifelong wanderers, and it naturally evolved into a dating tool because it sparked connections based on shared interests. After a couple years, it became clear that Wandure members were looking for more than a one-time travel buddy or pen pal in another country — they were looking for friendships and relationships in their hometowns.

The Wandure team realized they had created a powerful networking tool that could help singles escape the swiping scene and actually go on dates. So, in 2019, Wandure relaunched as a dating app geared toward in-person experiences and fulfilling relationships. 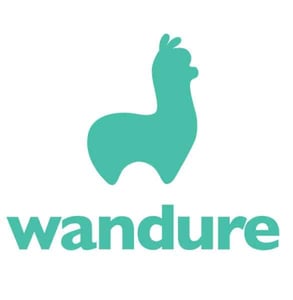 Wandure is an up-and-coming dating app that arranges first dates for you.

“We were sick of dating apps, so we created our own,” said Chelsea Sauvé, Co-Founder and Chief Communications Officer of Wandure. “Our founding members have firsthand insight into the realities of online dating where conversations are limited, redundant, and, for the most part, relegated to the virtual sphere.”

The Wandure team hopes to enhance online dating by making it all about the first date. The app plans dynamic first dates and gives singles the opportunity to turn a match into a meetup right away. This quality-driven matching system is designed to inspire real-life activities and dates, while putting an end to the toxic cycle of swiping, texting, and ghosting on traditional dating apps.

That’s music to the ears of millennials who are tired of spending hours online with nothing to show for it. Since Wandure launched in Montreal and Ottawa last year, it has created over 1,000 matches and facilitated over 200 dates — and counting.

“We decided that Wandure could be a place for people to engage in authentic and meaningful relationships,” Chelsea said. “And what better venue to apply our newfound knowledge than in the world of dating.”

Wandure’s claim to fame is that it’s the only dating app that arranges first dates on behalf of its matches, all but guaranteeing that users will actually meet, in person, for real, without ghosting or catfishing. That’s a game changer in the online dating scene.

This results-driven app has appealed to busy professionals with serious relationship goals and not a lot of time to waste on dead-end convos. The typical user is ready to get off the app and meet people who share similar likes and interests. According to Wandure’s internal data, about half of members are between 25 and 34 years old.

“Our most enthusiastic users are those people who have already been on dating apps and endured the frustration of endless swiping,” Chelsea said. “With Wandure, users also avoid the indecision of who asks to meet up and where to go on a first date — it’s all taken care of by the app.” 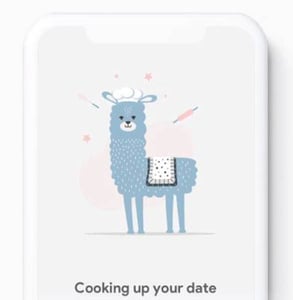 The Wandure platform takes the pressure off singles by planning fun first dates as soon as an online match is created.

Once two people form a mutual match, Wandure plans a first date based on the stated interests, availability, and budgets of both parties. The couple won’t know the date spot until 24 hours before the date takes place, and a chat window will also appear in this 24-hour period to allow singles to feel each other out before meeting up.

Wandure users have to be a little adventurous when meeting people on the app, and it’s a great way to explore the city and get out of a dating rut.

“We maintain the spontaneity of the dating experience — old-school style,” Chelsea said. “Our fingers hurt from swiping, and our hearts from ghosting. Wandure is a place for people to engage in authentic and meaningful dating.”

On Wandure, every match translates to a real-life date or meetup, and that can lead singles to create many valuable social connections and romances. Users can state in their profiles if they’re looking for dates, relationships, or new friends and take advantage of opportunities to experience the city alongside a like-minded companion.

A Quirky Team Dedicated to Improving the Dating Experience

The Wandure team is upbeat, adventurous, and serious about making online dating better for everyone. The app is the passion project of Co-Founders Ali Kazal and Ismail Benmbarek and a humble group of millennials who have been through the online dating ropes and understand how tough it can be.

From the massive chalkboard wall to the dining room table crowded with laptops, the Wandure office is the epitome of a quirky startup with a clear vision for the future.

Every day, promptly at 10 a.m., an all-hands staff meeting makes sure everyone stays on task and makes progress toward companywide goals — it’s also a good opportunity to enjoy a cup of coffee. Wandure team members know how to put their nose to the grindstone and get things done, but they don’t take themselves too seriously. Their creative collaborations are often full of banter and good humor.

“Our team is diverse in background and personality, but what we all have in common is our love of wit and charm,” Chelsea said. “A day without trolling is a day without Wandure.” 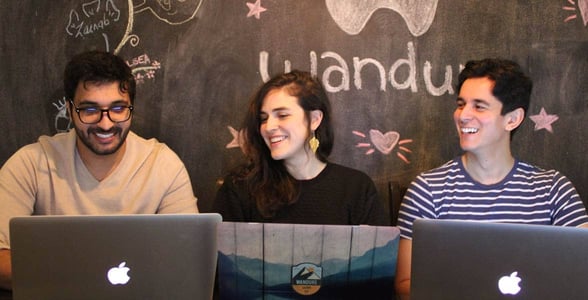 The Wandure team may be small, but it has a lot of heart and passion.

Wandure fosters a close-knit work culture, and employees even eat lunch together on a comfy couch while one employee’s cats vie for attention against the TV show of the week.

Health and wellness is also central to the company as a whole. Wandure’s CEO Ismail creates nutrition plans for each team member, and they all show support for each other’s fitness goals and outdoor hobbies.

“We prize our energy as a team, and we feel invested in actualizing our vision with each of our skill sets contributing to the journey,” Chelsea said.

Since its rebrand in December 2019, Wandure has seen over 6,000 signups and facilitated over 200 dates, making it one of the most efficient dating apps currently on the scene. Wandure has struck a chord with many daters who are frustrated or overwhelmed with traditional online dating and want to try something new and different. 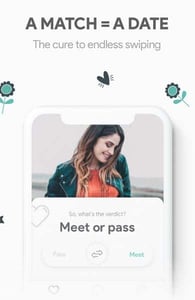 Wandure has been hailed as a cure to endless swiping and texting.

“Wandure overcomes the time-consuming nature of texting inefficiencies as well as dating panic and indecision,” Chelsea said. “We limit the online chat by planning and booking the in-person experience. This allows people to avoid weeks of texting, and see whether or not they have a chemistry in the most effective way there is — in person.”

So far, the Wandure team has received tons of positive feedback from users who have enjoyed mingling in a swipe-free zone.

“I adore the uniqueness of the concept,” said Amilie, a user from Montreal. “Super cool idea and I can’t wait to meet more people on the app.”

“There’s a need for this in the dating space,” said Andrew, who’s from Ottawa. “And not knowing the date until 24 hours beforehand makes it super exciting!”

The Beat 92.5 radio station featured Wandure as a relationship-driven dating app and said that it would change the way singles viewed online dating.

A Wandure user named Ren said she’d spent years in the dating scene and engaged in thousands of dead-end conversations before finding her way to the app and having an overall better experience. “Cool concept,” she said. “This is a total breath of fresh air.”

Wandure is suited to the online dating scene because it prioritizes common interests and real-life meetups in its matching system. The app can introduce singles to compatible dates through fun activities, and it has the potential to revolutionize the online dating space by offering a viable alternative to photo-based matching.

The future looks bright for the Wandure app, which is growing rapidly by word of mouth. In the next year, the team plans to expand throughout Canada and the U.S. — and then it’ll be ready to take on the world. Soon Wandure will be able to arrange dates wherever you wander, and all you have to do is show up.

“The prospect of making people feel heard and connecting them with potential partners in a fun and dynamic way is very rewarding,” Chelsea said. “We’re thrilled to be a part of people’s dating journeys — making them easier and more meaningful.”