PolishGirl4U.com Helps Men of All Nationalities to Connect With Polish Women

The Scoop: Polish women are often known for embracing their society’s values of loyalty and commitment. That’s why men who desire those qualities in a partner often seek out women from Poland. PolishGirl4U.com simplifies that process by connecting single men from all over the world with single Polish women for meaningful relationships. The dating site was founded by a Polish national who recognized how attractive women from the country were to men of other nationalities. The founder of PolishGirl4U, Maciej Balonis, plans to make the platform even more accessible by developing a companion app and offering robust chat features.

During his travels, web developer Maciej Balonis, a native of Poland, noticed that men around the world had an affinity for women from his home country. But he truly began to recognize the values that differentiated Polish women from others when he moved to Ireland more than a decade ago.

That’s when he decided to develop PolishGirl4U.com.

In a post on the dating site’s blog about the characteristics of Polish women, the writer said they “are fiercely loyal, yet not wanting to be constrained by traditional values. They are independent, smart, down to earth, and beautiful in every sense of the word.”

Many men are attracted to that loyalty, confidence, and beauty, and PolishGirl4U provides the tools to connect them with Polish women.

PolishGirl4U.com makes it easy for men to connect with compatible Polish women.

The site also offers advice articles that cover a range of topics, including how to impress international dates. According to PolishGirl4U, understanding a few common cultural expectations may help men find more success.

For example, Polish women appreciate when men from other countries are as courteous as those in Poland, according to an article on the site. They may even expect a kiss on the cheek or the hand after the initial meeting.

The article goes on to say that Polish women also like when men have good manners and don’t talk too much about themselves. Additionally, if a man invites a woman to a restaurant or the movies, he should pay for the outing. In Poland, the person who extends the invitation typically foots the bill. The final tip from the writer, who is from Poland herself: “A Polish woman takes commitment seriously. So, be aware!”

We spoke with Maciej to learn more about the PolishGirl4U experience.

Creating a Convenient Experience for Users

PolishGirl4U.com is a straightforward, traditional dating site on which can quickly begin searching for compatible partners.

Users have the option to search for friends, adventures, or serious relationships. Then they can specify the age range of the women they seek.

Users can search through the profile pictures and descriptions of women who fit those parameters, and then they can decide if they want to chat with each woman individually or send an automated chat invitation. The automated feature allows users to send chat invitations to every woman who fits their criteria.

Women receive a message letting them know that a member who is interested in them is online. They can initiate a conversation if they are also interested. 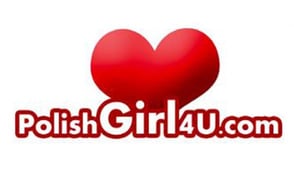 Maciej Balonis created PolishGirl4U.com after moving to Ireland more than a decade ago.

The site has already seen many success stories. PolishGirl4U has more than 75,000 users from around the world, many of whom are from the United States, and Maciej continues to see an increase in membership from North American users.

Maciej said he has plans to make PolishGirl4U even more convenient to appeal to a wider base of worldwide users.

“I’m in the process of creating a mobile app and a feature to stream live video and voice. I should have that before June of next year,” he told us.

He said he decided to add these features to attract a new demographic. Maciej said he noticed how his two sons often connected through streaming video and regularly used apps on their mobile devices.

“Young adults right now are familiar with streaming, and apps are a must for an industry like dating and social media. It is easy to use the PolishGirl4U.com website with your phone, but apps are better for user experience,” he said.

The Traits That Attract Men to Polish Women

Of course, not all Polish women are the same. With a population of nearly 40 million, Poland is home to women who differ by the region they live in, their age, their education, and many other factors.

However, many Polish women have certain cultural and societal values in common. That’s why PolishGirl4U.com includes informative blog posts that help educate users on what they can expect when dating a Polish woman. One article called “What is the Typical Polish Woman Like?” provides a comprehensive overview of characteristics that many Polish women share and some facts to keep in mind.

For example, more women than men attend college in Poland. As of 2015, 57.7% of Polish university students were female.

Men can contact a wide variety of Polish women through the platform.

The article also suggests that Polish women are family-oriented, and keep their relatives as a top priority throughout their lives. They also nurture the ones they love and take care of them when they’re sick. However, that kind of nurturing is not unconditional; they also expect the same treatment from their partners.

Polish women also like to look their best, so the article says don’t expect them to be comfortable throwing on a pair of sweatpants to go out. Further, they’re often easy-going and may expect their partners to identify what’s wrong without them having to say anything.

As with any other cultural norms, Polish women are shaped by their societal values. That’s why PolishGirl4U’s blog can help men understand what to expect.

“If you offer a Polish woman sincerity, kindness, affection, and loyalty, you may receive the love, care, and wonderful life partner that you only imagined,” said Maciej.

Maciej said he feels a sense of loyalty to the women in his home country, so he also wants to make PolishGirl4U.com a safe place for them. That’s why he promises not to sell any information collected on the site to third-party companies. If a user wishes to delete an account, the site will completely erase all information collected.

Further, PolishGirl4U doesn’t allow users to share any content that breaks international law or is deemed pornographic. That requirement protects both male and female users from being harassed.

“My goal was to make a user-friendly virtual place for people to meet and fall in love safely,” Maciej said.

He said he hopes that singles will use PolishGirl4U with one goal in mind: meeting in person. Maciej told us he doesn’t want users to engage in virtual relationships that never move offline.

“We need to use the internet as a tool to start a relationship. I hope that it’s not the only place people live. I hope they remember their real life and don’t just move to their virtual life,” he said.

With that in mind, Maciej said he hopes that his users will find partners they’re interested in and then take steps to meet each other in person — no matter how far apart they live.