Slutbot: A Chatbot App That Helps Singles and Couples Explore Intimacy Through Sexting

The Scoop: Slutbot by Juicebox is a sexy chatbot that singles and couples can use to practice communicating frankly about their desires. The platform engages users in sensual scenarios they can try out alone or with a partner. Slutbot is about much more than sex, though. Its team includes sex educators who want to encourage a healthier discourse about desire, consent, and agency.

Practice makes perfect is an adage that can apply to almost any skill. Artists, musicians, athletes, and writers all use repetition to get better at their crafts.

Many of those people also have easy access to the tools they need for improvement. But one platform is helping singles and couples practice a skill that can help with sexual empowerment: sexting.

Slutbot by Juicebox is a chatbot that leverages AI to sext with users based on their gender, preferences, and sexual orientation. Users can decide if they want Slutbot to be male or female and then start practicing their sexting skills and become more comfortable sending and receiving sexually explicit messages. 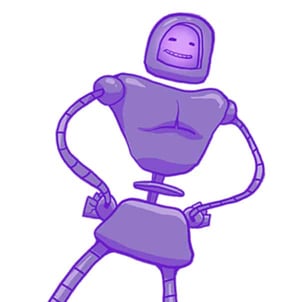 The texts are explicit, mimicking what a romantic partner might say, and aim to get users thinking and interacting. Slutbot serves a dual purpose by encouraging users to be more open about their desires and helping them expand their sexual horizons.

The chatbot is scripted by an erotica writer and sex educator to engage in interactive stories spurred by user responses. The Slutbot team chooses a theme, writes the chatbot’s responses, and then adds natural language understanding (NLU).

Slutbot can respond to what users type, and, depending on that response, the story can change.

Brianna Rader, Co-Founder of Juicebox, said she created the chatbot to encourage open discussion about sex and desire.

Brianna has a long history as a sex educator and advocate. Growing up as a queer youth in the South, she knew what it felt like to struggle and not feel comfortable discussing her desires.

“I was raised in Tennessee, in a conservative and sex-negative environment without access to sex ed beyond abstinence,” she told us.

In college, she started a nonprofit for young people her own age. The group encouraged sexual wellness and pleasure, but Tennessee found the message to be controversial.

“The state passed a bill legally condemning the organization and me as an individual. It was a wild experience. I was on ‘Fox News’ talking to Bill O’Reilly. That confirmed to me how important this topic and work was,” Brianna said. 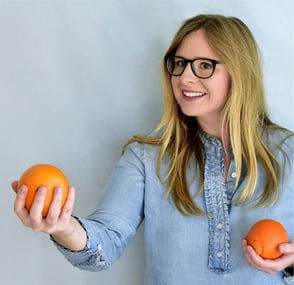 Inspired by how strongly the state tried to silence her, Brianna moved to San Francisco and earned her master’s degree in global health with a focus on sexual health. Eventually, she said she realized that the private sector was the only way to address the issues that mattered to her. She decided that the public conversation surrounding sex and intimacy needed to move beyond diseases to consider contemporary topics, including pleasure, communication, and consent.

With that goal in mind, Brianna created Slutbot.

More than 100,000 users have connected with Slutbot, and they run the gamut of demographics.

Users give plenty of reasons for engaging with the chatbot, from learning more about a practice to asking questions about safer sex. In one instance, a rape survivor used Slutbot to navigate a complicated relationship with intimacy.

“They’re using Slutbot to get comfortable with intimacy because they’ve never been able to talk about sex in their marriage,” Brianna told us. “The bot helps people feel empowered in exploring topics they’ve never explored before.”

Use the Bot for Bedroom Inspiration

Both singles and couples use Slutbot to spark their imaginations.

Singles may use Slutbot to come up with ideas for things they might like to try with a partner. Some aim to try out the chatbot’s scenarios in the bedroom, while others copy and paste Slutbot’s words into their own sexts.

“People are sexting more, and sexting is a great tool to lay the foundation before you’re in a bedroom naked together. You already have this consent conversation that was sexy and over text,” Brianna told us.

She also mentions that she’s seen both members of a couple sign up for Slutbot. Each week, the bot introduces a new topic that can foster conversations about what one or both members want in the bedroom.

“Maybe Slutbot has a bondage scene. Someone could say to their partner, ‘Hey, did you see this story? What do you think of that?’” Brianna said.

Couples who grew up in conservative or religious environments also use Slutbot together. Those couples, many of whom married young, may not have had the chance to consider their desires.

Slutbot has three types of content. The first is a story, which is a standard conversation with the platform. The second is a quickie, which is a short form piece of erotica generated by the user’s responses to three questions. The last option is called a sexting tip, which is more educational.

“If a user wants a tip, we’ll ask them to answer one or two questions, and we’ll educate or inspire them. That can mean we give them date inspiration, a new sex idea, or a way to improve communication in a relationship,” said Brianna.

Brianna wants users to know they can feel safe using Slutbot. Since they script all of the bot’s language, it won’t mimic human behaviors like other chatbots might.

Instead, with natural language understanding (NLU), the chatbot won’t use sexist, racist, homophobic, or violent language, no matter what users type back to it. In other words, Slutbot cannot learn behaviors, only respond to them.

Juicebox wants to make Slutbot more customizable for users. If a user is interested in a particular sex act, the team wants the chatbot to build on that scenario. For instance, if users want to learn more about a specific activity, they can ask Slutbot to sext that scenario. Then, they can decide if they’re interested in trying it out in real life.

The team also plans to amp up Slutbot’s content cycle.

“We only deliver one story per week, but we would like to increase that over the summer and build premium experiences,” Brianna told us. “The bot is free, and portions will always be free, but people will also be able to pay for premium experiences.”

Brianna encourages singles and couples to use Slutbot to practice their communication skills around intimacy and desire. Slutbot is a model for frank communication that also encourages users to consider more of their desires.