Aspie Singles: A Dating Site That Connects Men and Women Who are on the Autism Spectrum

The Scoop: For singles on the autism spectrum, it can be hard to meet people on mainstream online dating sites who fully understand and accept them. That’s why many turn to Aspie Singles. The site connects men and women who have autism spectrum disorders (ASDs) and offers advice for dating online. Today, Aspie Singles has become one of the largest online dating platforms for daters with autism.

Over the last two decades, the number of people diagnosed with autism spectrum disorders (ASDs) has increased significantly. According to the World Health Organization, 1 in 160 children is on the autism spectrum. While children are typically diagnosed with ASDs, some don’t receive a diagnosis until adulthood.

People with ASDs experience the world differently than others. These differences can make connecting with others difficult, especially those who don’t understand how people on the spectrum think.

Further, some common spaces for first dates, including bars and noisy restaurants, can be difficult meetup spots for people with ASDs. Other norms, including touching, can be unpleasant for individuals on the spectrum.

Aspie Singles connect daters who are on the autism spectrum.

That’s why Aspie Singles was founded to connect singles with ASD singles. Its tagline is “dating on the spectrum,” and it aims to sidestep the expectations on other dating sites by matching daters who understand ASDs.

“When you think of dating on the autism spectrum, you should think of a completely different set of social rules. What most autistic people notice on the more generic dating websites is that there’s a gap in communication that can easily lead to miscommunication,” said Aspie Singles Founder Douwe Boschma.

Aspie Singles offers those daters a comfortable place to connect without stigma and meet others who understand how they see the world.

The Intuitive Platform Makes It Easy to Get Started

Douwe developed the platform because he saw a gap in the market and wanted to help people find each other. Douwe wanted to create an online space for those individuals to communicate clearly.

Some people with ASDs may be nervous revealing their diagnoses to neurotypical partners they’ve just started dating. They also may struggle to build long-term relationships with partners who find their thinking patterns difficult to understand.

So, where does the site’s name “Aspie” come from?

The term refers to Asperger’s syndrome, a high-functioning autism spectrum disorder that may make individuals behave awkwardly in social situations and fixate on specific topics.

These challenges are only starting to be highlighted in popular media. For instance, the Netflix show “Love on the Spectrum” recently focused on dating struggles that individuals in the community face.

Aspie Singles users can sign up for a basic membership in just a few minutes. They can quickly start browsing profiles to see which users they’re interested in meeting. Women can message other users for free, and men can sign up for premium membership, which includes unlimited messaging and chat capabilities. Premium members can also use video chat services.

What’s notable about Aspie Singles is that the site’s membership is almost equally split between men and women. That may be surprising because men are four times more likely than women to be diagnosed with an autism spectrum disorder.

Offering Advice and Resources to Daters on the Spectrum

Most Aspie Singles users come from Canada and the United States, with the rest living in Europe and the United Kingdom. Though users are diverse in terms of geographic location, many of them have similar struggles when it comes to meeting people online and building connections.

In addition to providing a place for people on the spectrum to make friends and meet romantic partners, the site also offers members advice. Douwe posts regular YouTube videos and blogs that provide users with ideas and tips on how to have more dating success. 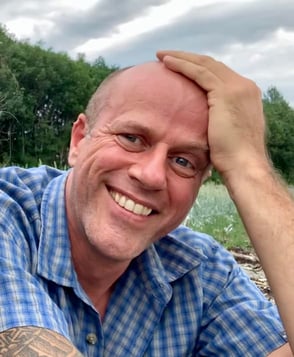 As someone who is on the spectrum, his advice is grounded in his own experiences and those of his friends.

“I have a keen interest in psychology, I am a pattern thinker, and see connections everywhere, so I can make those connections in real life. I have a clear vision of the direction the site should go in,” Douwe told us.

He focuses on creating dating situations where people can be confident and comfortable with themselves. He recommends meeting a date in a quiet place so you can “come across as the natural person that you are.”

He also suggests focusing on the situation at hand, rather than on other things.

“When we focus enough on one thing, then the rest disappears. We only manage to have successfully one thing on our mind. Two things are already chaos so we should stick with doing one thing at the time and put our undivided attention there,” Douwe wrote in a blog titled “Focusing the Focus…”

People on the spectrum often connect more easily because they understand habits and behaviors that other individuals may not. Aspie Singles users find comfort in the fact that they don’t need to explain what having an ASD means.

“Being autistic often comes with traits, including very strong interests in certain topics and doing something repetitive to soothe the nerves — called stimming. Most people on the autism spectrum know what stimming is, which means that they don’t need to hold back,” Douwe said.

What’s more, the platform aims to bring together people who think in similar sequences.

“Some of us think more visually in patterns, others think more verbally, and Aspie Singles tries to bring those types together,” said Douwe.

Instead of feeling like they need to tamp down their natural tendencies, those who meet on Aspie Singles can feel like they can be themselves with their dates. Though some of the singles on the site are not on the autism spectrum, they understand those with ASD traits.

Creating a place for people with autism to meet and date online has proven popular with people in the community. Aspie Singles adds 10 to 20 new members daily and offers premium lifelong memberships for only $20.

As a member of the community, Douwe feels a great deal of satisfaction that he has developed such a popular platform.

“It means the world to me because I know how hard it is to function romantically with someone. So, to hear that it works gives me enormous satisfaction,” Douwe said.