The Scoop: The ProVegan Foundation offers detailed information, statistics, and recommendations for people who want to maintain a healthy vegan diet. This resource delves into the negative ramifications that come from meat and dairy consumption, and it highlights how plant-based foods can offer more nutrients with fewer long-term side effects. Thanks to the ProVegan Foundation, couples can learn the facts behind the vegan diet and make an informed decision about what eating habits they want to adopt and incorporate into their relationship and lifestyle.

Relationships are built on shared values, shared interests, and, in some cases, shared eating habits. Couples and families frequently eat together, so it’s only natural for them to maintain the same diet.

Veganism can appeal to couples for moral, religious, or environmental reasons, but Dr. Ernst Walter Henrich emphasizes the good health reasons to take meat and dairy off the table. 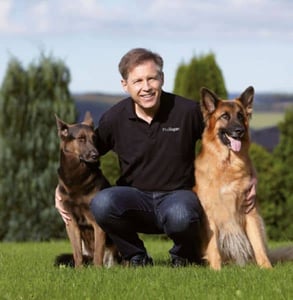 If you’re vegan-curious, you can go to the ProVegan Foundation website to learn the facts about veganism. The website provides a variety of good information and scientific research that highlight how going vegan can nourish and strengthen the body for a lifetime.

Dr. Henrich studied medicine in Cologne and earned his doctorate degree in 1986. He has also been trained in naturopathic treatment, which relies on natural remedies to help the body heal itself.

Now as a vegan advocate, Dr. Henrich shares his knowledge about how eating habits can impact one’s body and have ripple effects in the world.

Dr. Henrich currently teaches advanced training seminars on healthy nutrition and healthy skincare, and he runs ProVegan Foundation to spread the word about the health benefits of veganism.

“The goal of responsible medicine — that is truly in the interests of all people — should be to help people lead a long life in good physical and mental health,” Dr. Henrich said. “This goal can be achieved only through prevention, which means through a healthy diet and lifestyle.”

Couples can start building a healthy relationship with food by understanding the long-term health risks associated from eating meat, milk, eggs, and fish. The meat industry has spent generations convincing people to maintain carnivorous diets — despite growing scientific evidence that meat consumption isn’t the healthiest option for the human body.

The ProVegan Foundation speaks out against the myths, misconceptions, and misleading marketing in the food industry.

Dr. Henrich makes the case that meat and dairy consumption leads to chronic diseases, including cancer, heart disease, and diabetes. He highlights the findings of multiple scientific studies, including The China Study, which was financed by American and Chinese tax money.

Dr. T. Colin Campbell concluded in this study: “What protein consistently and strongly promoted cancer? Casein, which makes up 87 % of cow’s milk protein, promoted all stages of the cancer process.” 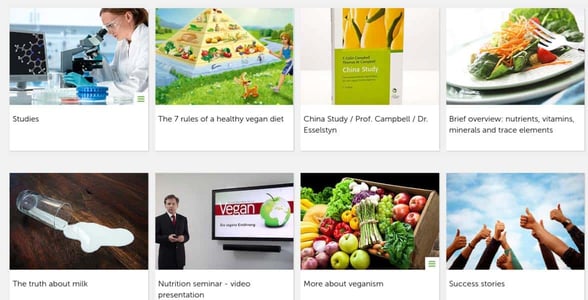 The ProVegan Foundation is an informational resource about healthy eating.

The ProVegan Foundation compiles noteworthy news and studies for the vegan community. A 2013 study conducted by the Swiss Federal Office of Public Health found that 92% of toxic substances in food occur in animal products, and dairy products make up the largest source of these toxins at 54%.

The European Union commissed the EU-BST-Human-Report to show the effects of milk consumption on human health. The study reported that hormones in cow’s milk can increase the growth of malignant tumors, particularly breast and prostate cancer.

The ProVegan Foundation also challenges the notion that milk is a good source of calcium and has nutritional value for that reason.

“Calcium is better derived from plant foods,” Dr. Henrich told us. “The bioavailability of milk calcium is relatively low compared to several types of vegetables rich in calcium (eg, broccoli), which means that whereas milk is rich in calcium, it cannot be absorbed and used by our bodies very well.”

A Vegan Diet Can Prevent or Reverse Heart Disease

The ProVegan Foundation aims to confront and disprove the negative stereotypes about veganism by sharing real-life success stories from couples who have adopted a vegan diet and seen amazing health benefits (as well as lifestyle and relationship benefits).

Former U.S. President Bill Clinton offers one of the most prominent examples of how going vegan can improve health. From 2004 through 2010, he was hospitalized and underwent quadruple bypass surgery and other operations to treat heart disease. When faced with this life-threatening condition, he looked at the facts and decided to go vegan.

“I’ve stopped eating meat, cheese, milk, even fish. No dairy at all,” Bill said in an interview. “I decided to pick the diet that I thought would maximize my chances of long-term survival.”

Vegan diets contain no cholesterol and have significantly less saturated fat and calories than other diets, so it can reinforce a person’s health and reduce their chances of suffering from chronic conditions, including heart disease.

Maintaining a healthy relationship with food starts by making informed decisions at the grocery store.

Dr. Claus Leitzmann, who is a famous German dietician, has said that vegans are often healthier than the general population. “Bodyweight, blood pressure, blood fats and cholesterol, kidney function, and general health status are more often normal,” he said.

The ProVegan Foundation maintains that a well-planned vegan diet can prevent disease and provide all the nutritional benefits a person needs through all stages of life — from infancy to old age.

“Impressive evidence now exists to show that advanced heart disease, relatively advanced cancers of certain types, diabetes, and a few other degenerative diseases can be reversed by diet,” Dr. Henrich said.  “The diet that has time and again been shown to reverse and/or prevent these diseases is the same whole-foods, plant-based diet that I had found to promote optimal health in my laboratory research.”

If you and your partner want to improve your relationship with food, you can fill your pantry with fruits, vegetables, and whole foods and skip the meats and dairy products that are high in cholesterol and calories.

Plan Your Meals to Feature a Variety of Whole Foods

The ProVegan Foundation makes a compelling case as to why a couple should strongly consider going vegan in their relationship, and it also provides resources outlining how they can do so most effectively. The medical evidence supports the idea that a vegan diet can be the healthiest diet of all — as long as individuals follow simple guidelines to meet their body’s nutritional needs.

“Just leaving out meat, milk, cheese, eggs and fish won’t make it a healthy diet,” Dr. Henrich said. “A poorly devised vegan diet that is not varied — and includes too much refined sugar and too much additional oils and fats — is unhealthy.”

According to the ProVegan Foundation, the most important rule regarding the vegan diet is that it should be as varied as possible. Some issues can arise if vegans limit their diets or eat too many processed foods rather than whole fruits, grains, and vegetables.

Vegan couples should pay particular attention to their vitamin B12 intake. Vitamin B12 is most often found in animal food products, so vegan diets can be low in B12. Juices, breakfast cereals, and soy milk can be a vegan source of B12, but Dr. Henrich recommends that vegans take B12 as a dietary supplement to ensure they get the nutrients they need.

Dr. Henrich added that vegans should seek out drinks that are rich in vitamin C to optimize iron absorption. “You may want to add vitamin D in winter,” he said. “Omega-3 fatty acids are best derived from freshly ground flaxseed.”

By drawing from medical research and studies, the ProVegan Foundation thoroughly evaluates the relationship between good human health and veganism, but Dr. Henrich makes a point to note that it’s not just a good idea for humans but for their furry companions as well.

Dr. Henrich points out that the world’s oldest dog was fed a strict vegan diet. Bramble lived to be 27 years old and is a good success story for dog lovers who want to make sure man’s best friend benefits from man’s best diet.

The ProVegan Foundation is focused on getting the word out about veganism and giving singles, people in relationships, and families the facts they need to lead a long and happy life. As of this year, the ProVegan Foundation has printed and distributed over 1 million brochures about the health benefits of veganism.

Dr. Henrich urges people of all ages to do their research and think carefully about what they eat — and what they feed their children. The ProVegan Foundation has resources for parents who want to put their children on a path toward lifelong health.

“Every child deserves to have the best possible start in life with the best physical and mental health, and that can be granted through the healthiest nutrition possible,” Dr. Henrich said. “It is one of the most important responsibilities of every parent or legal guardian to gain reputable, scientific knowledge of nutrition and to put this knowledge into practice — it’s in their children’s best interests.”