The Scoop: FreeAndSingle.com has earned a stellar reputation in the dating industry by always putting its members’ needs first. For the last decade, the independently run dating site has delivered on its promise to provide a high-value experience for a low-budget price. FreeAndSingle differentiates itself from the typical dating site by maintaining a completely free online dating platform without any subscription plans or pay-per-chat tokens. The team recently decided to phase out its VIP membership and allow everyone to exchange messages without paying a cent. This has led to a 150% increase in the number of messages exchanged on the site, and the higher level of engagement has made FreeAndSingle a more effective and trustworthy place to meet people online.

The FreeAndSingle.com team has been in the dating industry for over a decade, and they have spent that time observing online daters and listening to their needs.

In the last year, the team decided to adjust its flagship dating site to better reflect what singles want — which is a hassle-free place to meet people.

Tim Taylor, Co-Founder of FreeAndSingle, told us that many singles have lost faith in the traditional online dating model where singles pay a monthly subscription to chat with one another. And their negative feelings have hurt the industry as a whole. As trust in the system erodes, fewer people want to sign up for a paid subscription, which means there are fewer people to talk to online, which further damages the site’s reputation.

In response to this issue, Tim and his team have decided to make FreeAndSingle a 100% free dating site from here on out. The goal is to offer high-quality services for high-quality singles, without tacking on a high price tag. In the last year, the dating site has shaken up the industry by essentially opening its doors and encouraging singles to mingle freely.

The typical FreeAndSingle member is a relationship-oriented single over the age of 35.

Looking to the future, FreeAndSingle aims to continue meeting the demands of modern singles and adapting to fit the changing times. Response to its recent updates has been largely positive, and its influence has grown as people spread the word about its free services. Big things are on the horizon for the UK-based dating site, including an expansion overseas.

“We’ve been getting a much larger following in the US over the past few months,” Tim said, “which is great but also daunting. We need to make sure that the site is US-ready and speaks in their language, rather than limey English.”

Tim and Paula originally designed FreeAndSingle to be a high-quality dating site with a low price tag. They put “free” right there in the brand name because they had resolved to buck the typical subscription-based business model and offer more free tools than any of its competitors in the UK do.

The dating site started out by offering free communication to all women on the site. No strings attached. Single women could join and start chatting with anyone who struck their fancy. The founders believed single men would be willing to bear the cost burden because they would have the security of knowing that women could respond to their messages. FreeAndSingle thereby increased female engagement on the site and provided a threshold of entry to keep out guys who weren’t serious about making a commitment.

This innovative, if unbalanced, system worked well for the company and led to a value-driven environment where 50,000+ singles could meet and flirt with one another. However, the FreeAndSingle team felt they could still do more to improve the overall experience. 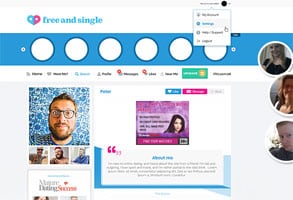 “When we looked at the market, and asked our members what they wanted, we decided to go one step further,” Tim said, “to prove that you can run a good, genuine dating company which is free for members to use.”

Today, FreeAndSingle is 100% free for men and women. Free to join. Free to browse. Free to chat. All of its features are available to new members who can come and go as they please.

The dating site’s user-friendly features lower the barriers between singles and allow members to build relationships in a natural and affordable way online. The team is currently working to update its matching techniques so that members can quickly and easily find someone they’re likely to click with.

In 2018, the FreeAndSingle team plans on rolling out some new features to improve the functionality of the site and allow members to smoothly transition from browsing for dates to starting a conversation.

“Because we’re free, we’re unencumbered with trying to keep people on our site,” Tim said. “We can be pure about what we’re trying to achieve, which is bringing people together.”

Since the Update, Messages Have Increased by 150%

Since its new always-free policy has been implemented, FreeAndSingle has significantly strengthened its reputation and grown its membership base. The number of members logging in per month went up by 20%, while the number of monthly active users increased by over 30%. As it turns out, singles are more likely to use the site frequently when chatting and matching is totally free. 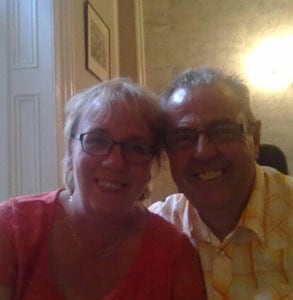 Mick and Andrea met via FreeAndSingle, and they clicked immediately.

Online activity has seen a bump as well. FreeAndSingle has increased its number of completed profiles by 43%, and the number of messages sent on the dating site has multiplied by 150%.

“We’ve had really positive feedback,” Tim said. “Word-of-mouth has increased dramatically, leading to more people joining and trying us out.”

In fact, when FreeAndSingle surveyed its new members last year, 60% of them said they joined the site because of a friend, colleague, or family member’s recommendation.

Prospective members can find plenty of testimonials and success stories on the site to show them that the dating site works.

“We can’t thank you and your team enough,” said Jan and Martin, a married couple who met on the dating site in 2011. “We now have an amazing life together to look forward to. It’s a dream that absolutely came true!”

FreeAndSingle Has Its Members’ Best Interest at Heart

Some dating sites with shady practices, hidden fees, and restrictive interfaces have given online dating in general a bad reputation and made singles wary of signing up to an independently owned dating site or app. FreeAndSingle is on a mission to change that perception and set a wonderful example for how to run a dating site with intelligence and integrity.

By opening all its chat features to free members, FreeAndSingle has lived up to its name and created a more active, accessible, and engaging dating environment for singles from all walks of life. The dating site has also earned a lot of goodwill from members who appreciate the chance to meet people online for free. Thanks to the site’s updates, members can save their cash and use it on their dates.

Since its inception, FreeAndSingle has set itself apart from the competition by paying attention to what singles want and putting their best interest first.

“I want us to be recognized by our members as a trusted, friendly, approachable brand,” Tim said. “When people talk about FreeAndSingle, I want it to be in a positive way. I want us to have enriched people’s lives in some way.”