The Scoop: Your Own URL Shortener (YOURLS, for short) is a free open-source software program that allows individuals and businesses to turn a long URL into a short, customizable link. Tech whiz and coder Ozh Richard designed YOURLS in 2009 to be an easy-to-use branding solution that can help people deliver a succinct and compelling message online. Dating professionals can use YOURLS to personalize their short links and keep their online branding on point.

French coder and self-proclaimed geek Ozh Richard pursued many passion projects in his life before founding YOURLS, a one-of-a-kind URL shortening service. Whether he’s racking up wins in Quake video game competitions or creating in-depth WordPress tutorials, Ozh gives his all to mentor newcomers and strengthen the online community. 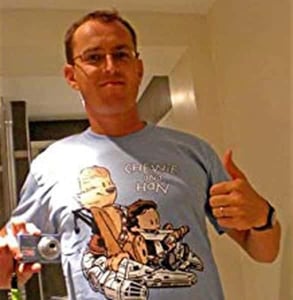 Throughout his career, Ozh has found ways to use technology to bring people together. His creativity and problem-solving skills took him from one project to the next.  Ozh has co-written a book about WordPress plugin development, and he has designed and sold geek-friendly T-shirts on Redbubble. He told us he doesn’t see himself as much of a businessman and prefers to simply follow the fun to find his next opportunity.

In 2009, Ozh noticed WordPress expert Lester Chan had shared his articles on Twitter using a short four-letter URL. The URL started with Lester’s initials, so it was memorable but also didn’t take up many characters. Ozh saw the utility of such a unique vanity link, and he reached out to Lester in hopes of seeing the script behind the link and making it his own.

“Lester had written a quick hack for his own purposes,” Ozh said, “but I wanted to make something available and customizable to anyone who would find this fun too, and so it began.”

Today, YOURLS has created shortened links for thousands of individuals and businesses around the world. This free software can help dating professionals make an impression on their online users by generating meaningful abbreviations that bolster their core branding messages.

Since 2009, YOURLS has snowballed from a one-man operation into a global effort to make short links more engaging, fun, and memorable. Ozh ran YOURLS on his own until French developer Léo Colombaro jumped on board by sharing a huge patch that added a localization feature to the software. Ozh welcomed the input and invited Léo to keep making improvements as they went along. Together, they updated the software and created plugins to support its users.

A number of other contributors have also lent a hand and tweaked the open-source code to make YOURLS a useful resource for anyone sharing links online. 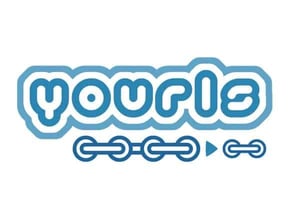 YOURLS is an innovative URL-shortening software available for free.

Word spread about YOURLS pretty rapidly — first in the WordPress community, then among online businesses, and soon it became the de facto PHP solution for anyone setting up their own short URL. You don’t have to be very tech-savvy to use this tool — just follow the install guides to get started. Once you’ve gotten the software, you can use it to create custom links for your dating brand. These links are ideal for use on social media posts where every character counts.

You can also add YOURLS plugins to upgrade your experience and add cool features, including making a short link expire after a certain number of clicks or displaying an ad when a user clicks the link.

“That’s one key strength of YOURLS: Anything you want the tool to do on top of these features is virtually possible thanks to a plugin API,” Ozh said.

Even as YOURLS has grown bigger and better, Ozh has maintained that the software should always remain free to use. He said he doesn’t view YOURLS as a lucrative side hustle or get-rich-quick scheme — he sees it as a collaborative effort to make the online world a more fun-loving place.

“Making something free and open source was an obvious choice for me from the start,” he said. “Creating YOURLS really began because I thought it would be fun to share URLs using ozh.in instead of a vanilla bit.ly.”

When he founded YOURLS, Ozh intended for the software to help tech-savvy and slightly nerd individuals (like himself) create a uniquely branded domain. It was just something for fun. But businesses latched onto the idea and sought out these resources to create links that would stick in a consumer’s mind.

“The business value of YOURLS is somewhat a mystery to me because I created this with absolutely no business plan or ambitions,” he said. “That said, I frequently receive support requests from coders having troubles implementing something for a client, so I guess there is interest there.”

According to Ozh, YOURLS doesn’t just appeal to one type of business. This versatile tool has a greater appeal across industries. Ozh told us that he has seen small coding studios and online businesses use the plugin, but he has also proudly served large, world-famous companies, including Dreamhost and Shaghing Magazine (which chose the URL http://smashed.by).

YOURLS has supported the instructive resources of universities and nonprofits, and it has promoted multibillion-dollar businesses. It can meet the needs of dating professionals linking to their books, workshops, or other services on a social media platform, and it can serve the interests of modern dating companies looking to make their niche sites stand out. 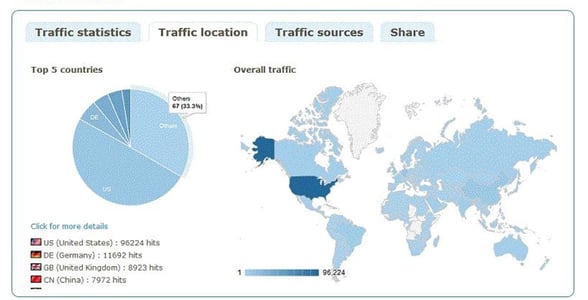 YOURLS analyzes the online traffic generated by its shortened URLs and comes up with detailed reports.

Another upside of the plugin is the information it can provide to online marketing teams and entrepreneurs. YOURLS collects traffic statistics (i.e., number of clicks, date and time of clicks, and location data on users and referrers) to inform users about how effective the links are at generating clicks. The information gives you a full picture of when, where, and how people are navigating your branded sites, and that knowledge can empower you to create more targeted and successful links in the future.

“Businesses using YOURLS are also probably interested in completely owning their data,” Ozh said, “That’s something you cannot do with hosted services such as Bitly.”

YOURLS: How a Short Link Can Have a Long-Term Impact

Ozh has accomplished a lot by following his interests and engaging with tech-savvy enthusiasts in large online communities. Through the years, he has earned victories on the virtual battlefields of Quake, has become a leading coder with a global reputation, and he even has his own author page on Amazon.

YOURLS is just another way that Ozh is making an impact on the online world. He created this original software solution as a fun side project, and it has rapidly taken off. Many leading companies have embraced YOURLS’ customizable links and used the shortened URLs to catch people’s attention online.

Dating professionals can use this high-tech tool whenever they want to create an online post with a link back to their products and services. The unique links will make those resources stand out, and YOURLS can work behind the scenes to gather information and offer insights that will improve the company’s overall online marketing strategy.

As a gamer, coder, and innovator, Ozh has done a lot to influence and help people, but he said YOURLS is one of the things he’s most proud of doing.

“The accomplishments I’m most proud of are certainly having published a book on WordPress plugins, and seeing my own little YOURLS being used by gigantic corporations as well as thousands of anonymous users,” he said.