The Scoop: Stealthy is a private messaging app that encrypts user data, so only the people chatting are privy to the conversation. Thanks to Stealthy’s decentralized database, neither hackers nor government agencies can spy on communications on the app. Not even the Stealthy team can see who’s chatting or what they’re saying. This secure communication tool is ideal for singles and couples who want to keep their most intimate conversations from prying eyes, and it’s free to download on Google Play or iTunes.

In September 2017, Blockstack, a decentralized computing company, challenged the tech world to create a fully encrypted peer-to-peer chat app to replace Slack, Whatsapp, and other communication tools that put personal data at risk. The company pledged a $25,000 bounty to the best private messaging tool.

At the Berlin Summit the next year, a plucky web-based application called Stealthy beat out the competition and took home the prize.

“What’s really fascinating about Stealthy is they show you how powerful bring-you-own-ID really is,” said Ryan Shea, Co-Founder of Blockstack. “It’s really just peer-to-peer identity. Outside the two of us, no one else can see that.” 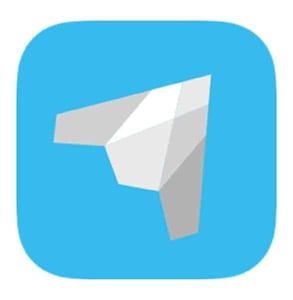 Stealthy is a revolutionary messaging app designed to protect the user’s personal privacy.

Developers Alex Carriera and Prabhaav Bhardwaj invested their prize money in the Stealthy app and founded a tech startup that would champion private communications between anonymous users around the world.

Stealthy embarked on a mission to help everyday individuals take control of their online identities and protect themselves from the unethical data-mining practices that have become the status quo for many tech companies.

Prabhaav pointed toward movements like #DeleteFacebook as evidence that millions of users have realized there is a trade-off between social networking and privacy, and they don’t want a shadowy marketing company sliding into their DMs.

“People have started truly understanding the heavy price they were paying for using the free apps that collect their data,” he told us.

Online daters, singles, couples, and others who are worried about their most intimate chats becoming public can use Stealthy to encrypt their conversations and keep their personal lives on the down-low.

A Decentralized Tool Ushers in a New Era of Online Privacy

Online privacy has become a hot-button issue in the dating industry. In 2015, hackers broke into Ashley Madison’s database and exposed the names, addresses, and credit card information of over 39 million users. On Valentine’s Day 2019, the dating app CoffeeMeetsBagel suffered a data breach that put the email addresses of its 6 million users at risk.

Today’s dating sites run centralized networks that look like unprotected pots of gold to the cybercriminals of the world. Once these unsavory characters get access to the database, they have millions of people’s private data in their hands. If all that data were decentralized and encrypted, it would be safe from such attacks.

Privacy solutions like Stealthy offer a more secure platform where users can socialize in privacy. Stealthy is a messaging app powered by blockchain technology, so users are the only ones who can access their data. Every message is encrypted, and the user is the sole owner of the decryption key. Not even the Stealthy team can access this data. The app’s air-tight security measures keep user information out of the hands of hackers, government agencies, and other third-parties.

Stealthy is currently available in the App Store and Google Play. It’s free to use the basic features, but the app offers advanced privacy features to paid subscribers.

Stealthy is an efficient decentralized messaging tool where users can chat in total privacy. So far, the app has hosted users all over the world, and it has become particularly popular in countries where the government is known to spy on digital communications. Many users in the Middle East, Russia, China, and Ukraine have formed private social groups on Stealthy.

Prabhaav said he’s pleased to see people embrace this simple tool and trust it to house their personal chats. “It’s immensely encouraging,” he said. “We’re helping people communicate with their friends and family without fear of government censorship or fear of retribution if their data is compromised.”

Many privacy advocates and tech experts have heaped praise on Stealthy and what it’s trying to do for users and their data security.

“We’ve used decentralized technology for identity, encryption, and storage,” Prabhaav explained. “The users of Stealthy control their encryption. Nobody else can see their private data, not even Stealthy.”

Prabhaav and Alex are software engineers with over 20 years of experience building applications that help people socialize securely. They are passionate about privacy, and they have spent their careers brainstorming ways to make life easier (and safer) for the average online user.

“A key aspect of Stealthy’s ethos is leveraging technologies that allow us to scale to do the work of much larger companies,” Prabhaav said. “Stealthy’s company culture encourages developing simple solutions to difficult problems.” 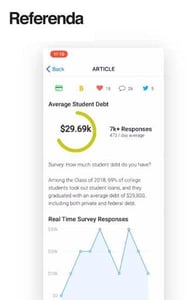 Recently, the Stealthy team has shifted its attention from social media to politics. They’ve seen data privacy scandals rock governments and sway elections, and they’re eager to do something to help elevate the conversation and keep cybercriminals from hacking democracies.

“We are excited to continue building privacy-first tools,” Prabhaav said. “Many of our users wanted tools to start their private communication channels to start movements, causes, or social campaigns, so we’ve started developing Referenda, a tool to empower movements.”

Referenda brings the power of a social platform into a private space. The app allows users to collect donations, recruit volunteers, conduct polls, and build a movement.

Politicians who don’t want foreign bots or hackers derailing their campaigns can use Referenda to set up a secure platform for sharing ideas and garnering votes. The Stealthy team is currently working alongside U.S. congressional campaigns and other world leaders to help them securely communicate with their constituents.

Stealthy was built on the shoulders of Blockstack in 2018, and the app continues to offer privacy-first initiatives that work hand in hand with the software company’s encryption and decentralization technology.

From the beginning, Stealthy has offered logical, ethical, and accessible communication tools that users can trust. The startup’s innovative solutions to online privacy issues can be a game changer for techies, politicos, daters, and everyday people concerned about their personal data.

“Stealthy is a new era in communication where users can control their data, privacy, and security,” Prabhaav said. “It’s time people realize free apps, like Facebook, WhatsApp, and Telegram, have a hidden agenda of monetizing user data. Therefore, if you’re a business that truly values your customer privacy and data security, it behooves you (legally and monetarily) to use a decentralized messenger like Stealthy.”

The Stitch App Offers Seniors a Cure for Loneliness

College Students Have Become a Top Demographic in Online Dating