The Scoop: With more than 10 years of practice in refining a voice that speaks positively to young women and proprietary technology that makes sense of social media data, PopSugar is in a unique position to help drive brand awareness for businesses, including dating sites, dating and relationship coaches, and matchmakers. This combination of content and trend-revealing information has driven editorial decisions for the San Francisco-based media company for years, but PopSugar is realizing the value this focused approach presents to brands. Reaching 1 in 3 millennial women through its articles, videos, and interactive content, PopSugar is helping businesses tap into an important demographic with marketing materials and real-life experiences that create lasting brand connections for young women.

What began as a celebrity blog and side project in 2006 has evolved into a serious influencer among an important consumer demographic: positive-minded, millennial women.

The proof is in the numbers for PopSugar, which reaches a female-dominated global audience of 100 million, including an audience of 29 million on social media and 300 million video views each month. Brands are taking notice of PopSugar’s impressive market share, which includes about a third of U.S. millennial women, and partnering with its content and technology teams to craft campaigns that speak to this audience. 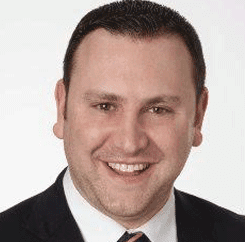 “All of that has put us in a really unique position,” said Geoff Schiller, Chief Revenue Officer at PopSugar. “We’re coming in and saying, ‘This this is how you should be thinking about young female consumers. This is how they’re consuming content. And this is how we can help drive brand awareness and consumption.’”

PopSugar’s reach extends into a number of areas of interest, including dating, relationships, love, celebrity, fashion, fitness, beauty, careers, and motherhood. PopSugar rebranded in 2016 to bring a number of its verticals under one umbrella. Some of these verticals had more than a decade to establish their own identities and build audiences because they started as individual brands such as FitSugar (fitness) and BellaSugar (beauty). As a result, PopSugar has the top fitness franchise online and the number one mom’s brand on Facebook.

How a Passion Project Became a Global Media Powerhouse

The rise of PopSugar had a lot to do with great timing. The first year of PopSugar’s existence saw readers clamoring for the latest in celebrity news. Blogworthy topics from 2006 included a Britney Spears divorce and the DUI arrests of celebrity daughters, Paris Hilton and Nicole Richie.

Founder and President Lisa Sugar started her site as a passion project because of her interest in celebrities and fashion. A lot of the other celebrity sites at the time were snarky and mean-spirited, and Lisa saw a chance to approach that content in a nicer way.

“Lisa felt at that point there was a big opportunity and white space to create a very positive voice within those initial categories of celebrity and fashion,” Geoff said.

Within a year, PopSugar had reached more than a million readers. At the time Lisa’s day job was in media advertising and her husband, Brian Sugar, was an executive at a telecommunications company. Noticing the traction on PopSugar, Lisa and Brian, now the Co-Founder and CEO, quit their jobs to put all of their efforts into the website.

PopSugar covers a wide range of verticals, including celebrities, fashion, and fitness, that appeal to women.

Since its inception, PopSugar has branched out into the aforementioned range of verticals, giving the site a voice that reaches a wide variety of women with an equally wide range of interests. The growth has continued with PopSugar adding Career and Latina sections in recent years.

Much of PopSugar’s success has come from a formula that combines Lisa’s love for pop culture and Brian’s technical know-how, which has resulted in developing tools PopSugar now uses to drive success for other brands. PopSugar’s headquarters are also ideally situated in San Francisco, not far from Silicon Valley.

“Everybody in the company is focused on the cross section of media and technology and how the two can play a very synergistic role with one another,” Geoff said.

PopSugar may have mastered a voice that speaks to women, but technology plays an important role in the company’s success. For example, the development team created a data tool it calls TrendRank to track the velocity and acceleration of what’s trending on social media. PopSugar uses it for its own content decisions, but it also represents tremendous value for the brands they work with.

“It gives us the opportunity to leverage what people are talking about before it blows up into a mass-reach megatrend,” Geoff said.

In the case of Pandora, PopSugar’s combination of data and experience helped them on a variety of campaigns over the course of 2016, including Mother’s Day, the holiday season, and a summer campaign. This included producing videos and articles, as well as quizzes and gift guides, written on Pandora’s behalf in the voice that best speaks to young women.

“When we create branded content, it’s purely their products within our frame set,” Geoff said. “Both the articles and videos have performed really well and delivered on key performance metrics.”

Another way PopSugar helps brands speak to young women is by helping them create real-life experiences like concerts and store openings. 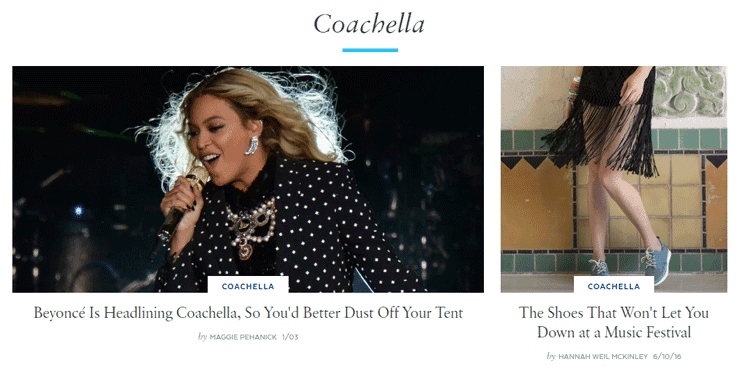 Coachella is a key opportunity for PopSugar, as many women plan their wardrobes for months.

“We do a huge Coachella activation, which we’ve done for the last four years,” Geoff said. “From a retail perspective, it drives a ton of consumption. Women spend six months looking for their Coachella festival gear. Last year, for example, we were the top trending hashtag on Instagram the day we had our event.”

Seeking to build buzz around the release of a new line of athletic clothing, H&M turned to PopSugar for ideas on how it could best reach millennial women.

“We did a fitness class at one of their new stores in New York City, and that creates that level of experience that goes beyond them launching an athleisure line and creates a more emotional connection, or memory, that attaches them to the brand,” Geoff said.

PopSugar is not only providing women with a positive resource for informational and entertaining articles, it’s also learning more about an audience that spans a wide range of interests and verticals.

Through its popular articles, videos, quizzes, and other content, PopSugar is getting some serious face time with its readers and viewers — to the tune of 2.5 billion global content views per month. The more the media company connects with its female audience, the more it can tailor its content to this demographic.

“A lot of what we do is grounded in that research-driven approach to helping to, first, understand how women think and what’s important to them and how they spend. And we take that and merge it together with editorial, and it really does inform a lot of what we do,” Geoff said.

This research has proven invaluable for businesses that market to this same group of young women.

“PopSugar, which is engaging with 1 of 3 millennial women, can be a consultancy to these companies because of the data and insights we offer.”