The Scoop: The Midlife Development in the United States study, or MIDUS for short, is a longitudinal study of health and aging that also examines social and relationship issues. Since 1995, MIDUS researchers have asked questions about how aging impacts people’s lives, and its comprehensive data has provided insights on a variety of subjects, including sexual satisfaction and economic disparity. MIDUS is a federally funded project that has led to the publication of thousands of research papers that shed light on the health and happiness of middle-aged Americans.

In 1995, a multidisciplinary team of scholars conducted the first national survey of Midlife Development in the U.S. (MIDUS) to study the health and well-being of American adults. The phone interview and self-administered survey reached thousands of individuals, including a national sample of twins, and covered a variety of psychological, behavioral, and social topics.

MIDUS was the first national survey to provide a psychological assessment of personality traits, sense of control, and goal commitments, and it allowed researchers to link these factors to marital status, family structure, socioeconomic standing, health status, and other demographic variables.

When MIDUS published its survey results, the data inspired many areas of inquiry and led to studies within the study. Researchers in a variety of fields used the national survey’s broad scope to ask specific questions about how middle-aged Americans live, work, and love. 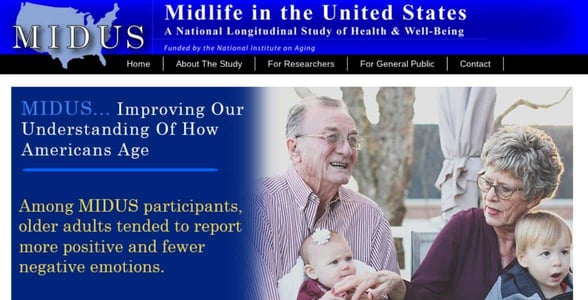 Following the success of MIDUS 1 in 1995, the University of Wisconsin-Madison Institute on Aging made a more comprehensive effort to follow up with the original respondents and come up with new research questions in a five-pronged MIDUS 2 project that started in 2004 and was completed in 2009.

MIDUS 3, which began in 2013, took the new socioeconomic realities in the U.S. into account and further delved into how Americans had adjusted to the Great Recession from a psychological and economic standpoint.

Taken as a whole, the MIDUS study can provide a number of insights into the way aging affects marriage, sexuality, health, and the American way of life.

“We’re looking at the phenomenon of aging as an integrated process. MIDUS is unique in that it blends self-reporting surveys of a national sample of Americans with more laboratory-based assessments of neurobiological mechanisms,” said Barry T. Radler, Ph.D., who is a Distinguished Researcher at UW Institute on Aging. “Examining these diverse fields and content helps MIDUS tell a more comprehensive story about health and aging.”

MIDUS covers a lot of ground in its longitudinal survey, and many researchers have used its data to identify patterns in adult relationships, marriage, and sexuality. Interesting research questions like, “are midlife adults satisfied with their sex lives?” and “how is sexual identity shaped over time?” can inform the American public about issues that hit close to the heart.

In 2010, Steven E. Mock and Richard P. Eibach delved into MIDUS data to determine how fluid or permanent sexuality is over time. They assessed over 2,500 participants over a 10-year span and found that approximately 2% reported a different sexual identity in the follow-up survey. 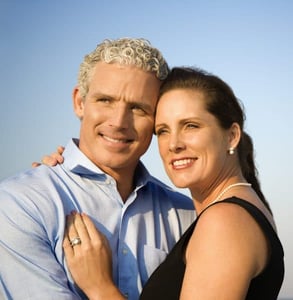 According to the data, older couples tend to express higher rates of marital satisfaction than younger couples.

“There was evidence of bisexual fluidity,” the researchers concluded. “But it is important to note that the nature of this instability differed by gender.” Men in the survey showed more stability in their sexual identity than women, and bisexual women showed the most fluidity.

Sexual satisfaction is essential to healthy adult relationships and marriages, and the MIDUS data has led to some eyebrow-raising hypotheses and conclusions in this area.

Having your hubby do the dishes can be good for your sex life, and studies show a healthy sex life is an important factor in marital happiness and overall health. Researchers in another study found that a good quality sex life and and frequent sexual activity correlated with good health in older American adults. The researchers theorized the reason for this is that some health conditions can negatively impact one’s libido or cause erectile dysfunction.

“The study found that men live a significantly greater proportion of their adult life as sexually active,” said researchers Stacy Tessler Lindau and Natalia Gavrilova. “Yet [men] lose significantly more years of sexually active life as a result of poor health than women do.”

The Great Recession of 2007-2009 was a defining moment for many Americans, and particularly millennial adults who were just starting out in their careers or entering homeownership for the first time. This period of financial instability and high unemployment shaped a new generation’s experience of adulthood, and the MIDUS has investigated the ripple effects of that economic crash. 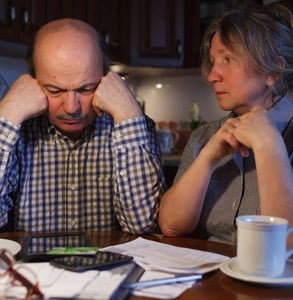 The survey data shows a significant link between recessionary hardship and negative health effects. Researchers have pointed to financial stressors as the potential cause for poor mental, emotional, and physical health among midlife adults.

“The data indicates a relationship between economic and health disparities,” Barry said.

The MIDUS survey has also allowed academics to pinpoint population segments that are particularly vulnerable to recession impacts. For instance, older parents whose child had a mental health issue or disability reported seeing a higher financial burden in the post-recession years than their counterparts with no children or abled children.

The researchers concluded, “Compared with their better educated counterparts, respondents with no high school degree reported that daily stressors were more likely to pose risks to their financial situation and the way respondents felt about themselves.”

The MIDUS data shows a domino effect where people of a low socioeconomic status are more likely to experience daily stress and financial hardship, which makes them more vulnerable to marital disagreements and a decline in mental health, and all these unfavorable circumstances ultimately lead to poor health in the long run.

MIDUS Brings a Wealth of Research to Age-Related Topics

MIDUS has expanded quite a bit since its establishment in 1995. The team has adapted to evolving technology by making its data easy to find, assess, share, and download. In addition to collecting data, the team has is continually making sure that data is available to researchers, journalists, students, and anyone else who’s interested in the topic of aging in America. More information about MIDUS is available at the University of Michigan’s Inter-univeristy Consortium for Political and Social Research archive:

Whether it’s researching health concerns, marital strife, or human sexuality, the MIDUS findings provide a big-picture look at where we are and where we’re going, and that information can be invaluable to the modern family.

“We’re proud of the study and the fact that it’s being used to improve the health and well-being of all Americans,” Barry told us. “Because we’re a federally funded project, this is the taxpayer’s research — it belongs to all of us.”