The Scoop: Dadi is a sperm banking startup that uses innovative technology to help men take their reproductive health into their own hands. The lab sends fertility testing kits directly to customers, so men don’t have to visit a clinic to get their sperm tested and stored. Dadi’s mission is to normalize the conversation around male reproductive health and provide more low-cost and convenient solutions for male fertility issues.

Infertility is a two-sided issue, yet many fertility companies focus solely on the female side of the equation. Egg freezing. In vitro fertilization. Surrogacy. These are all solutions for women who are worried about their reproductive health and looking to start a family.

However, couples should also look into services directed toward male reproductive health to make sure they’re doing everything they can to build toward the future. 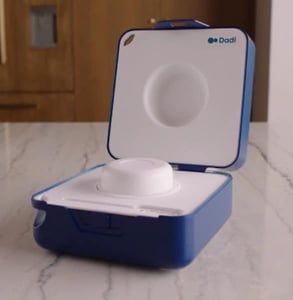 Dadi empowers men to take charge of their future fertility.

Since 2018, Dadi has pioneered fertility testing services for men and put a spotlight on male reproductive health. Its affordable solutions give men the ability to test and store their sperm without making an appointment at a clinic.

The Dadi kits arrive at the man’s doorstep, and he then provides his sperm sample and mails it back to the lab. It’s a private, secure, and convenient process that yields fast results. The lab will provide a fertility report within 24 hours of receiving the sperm deposit. It will also store the sample for up to a year.

Dadi has built partnerships with WINFertility, Planned Parenthood, and others in the fertility industry to raise awareness about the issue of male fertility and make Dadi kits more accessible to those who need them.

Dadi CEO and Founder Tom Smith said he hopes to bring gender parity to the fertility sector and motivate men to be proactive when it comes to family planning and getting themselves tested.

“We see an opportunity to help educate and normalize the conversation around male reproductive health,” Tom said. “Dadi invites men to take a deeper look at their own fertility issues and make a more informed decision about starting a family. That way, we take the pressure off women and place it on the couple.”

The Kit Includes a Fertility Report & One Year of Storage

Next the man submits his sample into the cup provided and then presses a button on the lid to activate the preservatives. Once it is sealed, the container uses patented technology to keep the semen at the right temperature no matter what the exterior weather conditions are like.

Finally, the Dadi customer will place a security band on the outside of the kit as a tamper-proof security measure. He can then mail the Dadi kit back to the lab by dropping it off at any FedEx Ship Center.

Once the lab receives the sperm sample, it will deliver a comprehensive fertility report within 24 hours. The report will include information regarding the sperm count, concentration volume, and motility.

The Dadi kits start at $199 and include one year of cryogenic storage. After the first free year, couples can choose to pay a $99 annual fee to preserve the sperm sample for later use.

Dadi’s straightforward and low-stress fertility testing and sperm storage service has the potential to change the way couples tackle fertility issues. Instead of focusing on the female side first, which can be invasive and expensive, they can use the Dadi kits to see where the men stand and how his reproductive health is affecting their chances of having a successful pregnancy.

The Dadi team aims to use technology to push society forward and empower couples to have children when the timing is right for them.

Fertility issues are becoming more common as millennial couples wait longer to have children, and millions of Americans are in need of reliable, safe, and accessible solutions to help them start their families.

“We see enormous opportunity in this industry,” Tom said. “We really see fertility stacks becoming an important part of people’s lives. We see it as a national need. As a team, we have a lot of exciting things on the road map.”

A Startup with a Modern Approach to Family Planning

Tom has spent his career developing technology to solve everyday problems. From 2009 to 2013, he was employed at Apple where he worked on the early iPhone and Siri. Then he struck out as a tech entrepreneur in San Francisco.

A few years ago, Tom found out that one of his friends from Apple had been diagnosed with cancer. His friend described the costly and cumbersome process it took to cryogenically store his sperm before his chemotherapy treatment rendered him infertile. Tom listened and realized that the male fertility industry could use a high-tech update.

“It struck me that sperm banking and male fertility testing has been around for 40+ years, yet there has been no innovation — no modernization — of the service,” Tom said. “Given how big a role it was playing in my friend’s life, it was a sad state of affairs.” 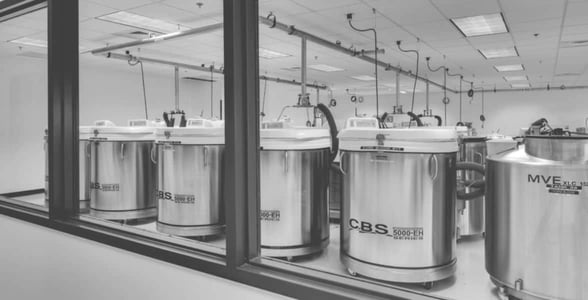 The Dadi sperm bank can help individuals and couples reach their family goals.

In 2018, Tom teamed up with graphic designer Mackey Saturday and fashion director Gordon von Steiner to co-found Dadi, a fertility health startup that puts the focus on men.

Dadi is a forward-thinking company powered by product designers, operators, and creatives. Experts in the tech field work alongside imaginative content creators and artists to change the way couples approach fertility issues.

“Our mission is to normalize the conversation around male reproductive health,” Tom said. “None of our team members come from a medical background, but we have a board of advisors who are highly educated medical experts. That combination of nontraditional and traditional perspectives has helped us create his new service.”

Growing More Popular as Word Spreads Across the Nation

When Dadi launched, the team expected it to appeal primarily to millennials experiencing fertility issues, but the at-home fertility testing has seen a broad appeal. Its customers range in age from 15 to 70.

Young men who have been diagnosed with cancer have used Dadi to preserve their sperm before they undergo chemotherapy treatment. Older men have used Dadi to see how strong their swimmers are and whether it’s possible to have a child in their golden years. 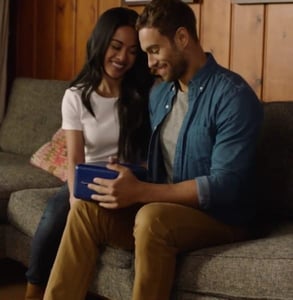 Men can use a Dadi kit to get the facts on where their fertility stands.

Dadi shines a light on male fertility issues and makes testing more accessible to anyone who is curious and thinking ahead. Thanks to its mail-in system, Dadi can reach customers in all 50 states and deliver fast results and knowledge.

A 51-year-old customer named Chris called Dadi “a simple, convenient, and cost-effective way to provide sperm samples in the privacy of one’s home.” His positive review also praised the way these resources reduced the uncertainty and stress involved in family planning.

“They were very supportive and understanding,” said Calvin in a testimonial. “It was a cheaper and good alternative for transgender pre-HRT sperm banking.”

Tom said that Dadi’s proudest moment as a company was the first time they heard about their services leading to a pregnancy. A customer got in touch to say thanks because he had used Dadi’s testing kits and his partner was now expecting a baby.

“That was one of the best days for our team,” Tom said. “We’re a mission-oriented group. We understand the stress that comes with engaging with this type of service, and we hold that responsibility in the highest regard.”

When a couple experiences fertility issues, it’s a two-person problem, yet the burden often falls on women to go through invasive tests and take on expensive solutions. Dadi seeks to cause a paradigm shift that focuses on men’s role in starting a family.

With its at-home sperm testing kits, Dadi encourages couples to start with the male side of fertility issues. Its services allow men to examine their reproductive health in a nonintrusive and low-cost way.

“Ultimately we’re excited to be a leader in this new, burgeoning industry,” Tom said. “In the coming years, we hope that society at large begins to understand and support the male factor in fertility in the same way they do the female factor.”