The Scoop: Blockpass uses blockchain technology to power an identification system that can screen and verify humans, objects, and connected devices. Its products have given digital leaders an easy way to bolster online security and authenticate users in a safe, private network. Dating sites and apps can use Blockpass to streamline the onboarding process and ensure their users are who they say they are.

When affairs dating site Ashley Madison was hacked in 2015, millions of users fell victim to a public shaming unlike anything seen before. Suddenly, people’s private affairs became public knowledge, and the data dump destroyed marriages and lives in one fell swoop. Two years later, the site’s parent company agreed to pay $11.2 million to the 37 million users impacted by the data breach.

Dating sites and apps hold massive amounts of personal data, and that can make them a target for hackers around the world. What’s worse, sometimes these platforms don’t have advanced encryption or cybersecurity systems in place and, much like Ashley Madison, could be held liable should cybercriminals infiltrate the database. 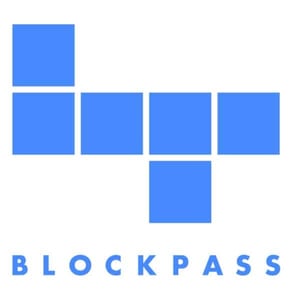 In today’s privacy-conscious world, many dating companies are looking for high-tech solutions to bolster their security. Nowadays, storing millions of people’s personal data in one big pot isn’t the only way to do business. Blockpass offers an alternative way to verify user identities and decentralize data storage so everyone can enjoy a safe and streamlined experience.

Blockpass sprang onto the scene in August 2017 as the brainchild of two innovative blockchain tech companies. These international teams combined their resources to create a user-centric identification application.

“When cryptocurrency started taking off, we felt there needed to be a compliance aspect, and it needed to be quick and easy,” said Hans Lombardo, Chief Marketing Officer at Blockpass. “We started Blockpass to achieve the dream of a decentralized web.”

The Blockpass system upholds user sovereignty with regulatory compliance services for humans, companies, objects, and devices. Its products give users greater control over their identities while giving companies a simple way to verify users and protect personal data from hackers.

Blockpass has developed blockchain technology to protect user privacy and support online communities of all kinds.

“Privacy is a major issue in the online space right now,” Hans said. “Data breaches and data theft have been driving increased interest in regulating and controlling your digital identity. For the dating industry, this could be quite significant.”

Blockpass KYC Connect is an identity verification portal designed to increase online security and put users in control of their identities. Users submit identity details (name, address, date of birth) and documents (a passport, driver’s license, or utility bill) to Blockpass for verification. Two verifiers — one machine and one person — checks this data for authenticity.

Blockpass offers different levels of verification from something as simple as checking a photo ID against a selfie to making sure the person isn’t on a terror watch list. 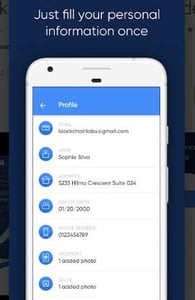 Companies can get to know customers by integrating Blockpass into their onboarding.

Instead of putting mountains of information in one big pot, Blockpass stores individual data locally in a password-protected portal on the person’s phone. The system completely erases all personal information from its servers, so users don’t have to worry about company data breaches putting their identities at risk.

A Blockpass user named Kyler Chin said the app was “the future of blockchain KYC. One-step easy verification for everything.”

Once armed with information, Blockpass can act as an intermediary between users and companies during the onboarding process, and the app gives users greater peace of mind with its self-sovereign identity solutions.

Blockpass KYC uses blockchain technology to reduce signup friction and build trust in the digital world. The system can help dating companies quickly onboard and verify new users without collecting personal data and becoming a target for hackers with ill intent. Companies can use this decentralized blockchain technology to ensure everyone in the membership base is who they say they are.

“One thing that is so attractive about Blockpass is that you have pre-verified users,” Hans said. “Users can sign up without going through a long process.”

Dating companies can also use Blockpass to keep its users’ identities safe in case of data breaches. After all, hackers can’t target online dater information if there is no centralized database.

In the past few years, Blockpass has gained notoriety among trade associations, companies, and other groups that have large memberships. These groups want to maintain safe communities, and they use Blockpass technology to smooth the onboarding process and keep members safe from data breaches.

The Blockpass team is currently working on ways to increase the utility and breadth of its products. Hans told us they’re looking into adding video interviews to Blockpass KYC to verify “proof of liveness.” The team also wants to develop a business-to-business identification system called Blockpass Know Your Business.

Additionally, Blockpass is exploring the idea of a zero-knowledge proof system where Blockpass could verify identities, delete the raw data, and allow users to remain anonymous while still being recognized as real and genuine on other platforms.

In the coming months, Blockpass plans to unveil Developing World ID, which will not require an ID to verify someone’s identity. The system will rely on face-match technology as proof of identification. This would allow people who may not have any government-issued IDs to mingle on the web and have proof of identity.

“It’s a dynamic and international team,” said Hans. “We’re building a business while also trying to achieve this lofty goal of supporting people’s right to online privacy. We’re proud to say that we keep no data on our users. They are completely anonymous to us.”

The dating industry hinges on users feeling safe and comfortable sharing their personal lives on a website, and data breaches can undermine that trust. In 2015, Ashley Madison left its users vulnerable to exposure and blackmail, and the parent company was held responsible for its negligence with people’s personal data.

Although this is an extreme case, the Ashley Madison hack can serve as a cautionary tale for professionals in the industry, and it throws into sharp relief the need for greater security and privacy measures in online dating. Blockpass technology can unburden dating platforms from the responsibility of storing and securing massive amounts of data.

The Blockpass team is a staunch advocate for user privacy, and it promotes decentralized data storage as the way of the future. By verifying identities and storing personal data on individual phones, the Blockpass KYC app can offer a safe and high-integrity online space.

“Dating platforms that want users to remain anonymous can use Blockpass to verify identities without storing data,” Hans said. “It will allow more ways of checking people’s ages, locations, and genders without giving away their information.”