The Scoop: Genomic data can provide useful insights for everything from dieting to dating, and many companies seek information on human genetics to improve their products. Zenome aims to facilitate those advancements by making genomic testing more accessible, shareable, and even profitable for consumers. The platform keeps genomic data protected and allows interested parties — including some genetic-matching dating sites — to purchase that information with cryptocurrency directly from the users who generated it.

Genomics is the study of genes in the human body. The more we understand about those genes, the more we can do to preserve people’s well-being — both physical and emotional. For example, if a couple is thinking about having a child, genomic data could tell them if their genes may pass a disease or condition on to that child.

While modern technology means the future of genomics looks bright, problems persist that need to be addressed before the research reaches its full potential.

Why so few? A decade ago, whole-genome mapping cost $10 million, but the cost of complete genome mapping has fallen to around $1,000 opening up a whole new world of possibilities.

With the cost of testing decreasing, the team at Zenome set out to solve another modern problem that has surfaced with the rise of genetic testing companies: access to genetic data.

Zenome keeps users in control of their genomic data while also helping researchers.

Once people take tests at home and send them in, they often don’t have control over how their genetic information is shared with other companies and researchers, and popular genetic testing companies can sell the information they compiled to other entities for significant sums.

If people want to receive their ancestry information, but don’t opt out of “informed consent research,” those companies may sell their information without paying them anything.

What’s more, cost and data availability isn’t the only hurdle. In a recent study on public attitudes toward consent and data sharing in biobank research, nearly half of the participants said they were worried about the privacy of their genomic information.

That’s why Zenome created a decentralized genomic marketplace where individuals can sell their genomic data to companies through the blockchain. The process not only returns control of genetic data to the people, but it also allows them to monetize it while contributing to advancements in industries from health care to online dating.

Zenome Founder Alex Gorbachev and his team all have backgrounds that combine science and business — just like the company itself.

“Our team researched projects on commercial applications of genomics and we proved that certain genetic mutations may constitute a taste for specific products,” he said. 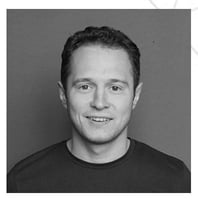 With that research as inspiration, Alex and his co-founders created Zenome as a marketplace for connecting individuals with the companies interested in using their data. Specifically, the platform offers storage space, chat tools, and a blockchain payment system to connect interested parties.

First, users must procure their genetic information. If they already have it from another service, they can upload it to Zenome and authenticate it using a survey. If they haven’t yet mapped their genome, they can order a kit through Zenome, take a saliva swab, and return it to the company to sequence their DNA.

User data is then analyzed to consider a likelihood for specific diseases or health conditions. The company produces detailed reports that include information about the level of physical activity a person needs and the types of foods they should be eating based on their makeup.

That personalized report is where most genomic companies stop, but Zenome users can then sell their genetic information to companies that need more robust DNA datasets to develop products and solutions.

A Connection Between Gene Mapping and Personal Health

Today, the health and pharmaceutical industries are some of the biggest drivers of genomic mapping. The industry needs new data to develop more accurate predictions about the connection between genes and health conditions.

“We can give companies more information about wellness using genomic testing,” Alex explains.

Genomic testing is a perfect fit because it can offer companies information about the likelihood of people developing certain common diseases, including cardiovascular or neurodegenerative conditions. Further, genomics provides accurate information for individuals to maintain a healthy weight and control their vitamin and mineral intake. Genes can even play a role in the kind of exercise best suits a person’s genetic profile.

For example, if a nutrition company used Zenome, it could purchase genomic data to determine which diets were most suitable for people with particular sets of genes. Or a skincare company could use genomics to create products that would work best for consumers based on their genes.

“Genomics can be especially useful for certain companies that make certain products, including skincare,” Alex said.

Couples also can use genomics to determine if their child might inherit any health issues.

“If you and your partner know about the disease, you could protect your future child from disease,” Alex said.

That information can also motivate couples to change their lifestyles based on their genetic makeup.

“Not only do I see commercial potential, but I also see how Zenome helps people be more concerned about their health. It’s a very nice change to be part of scientific progress,” Alex said.

Zenome: Looking to the Future of Genomics

In addition to encouraging couples to change their lifestyles, genomics can also be used to help singles meet compatible partners. Many daters find that they’re compatible online, but they’re missing chemistry when they finally meet in person. Research suggests that elusive “spark” is based on how a person’s genes interact with those of a potential mate.

“In the dating industry, genomics is a popular topic that receives more interest from the scientific company and other types of companies, and the interest in genomic data grows,” Alex said.

Those dating sites and companies need to source genomic data to determine their role in dating, something they can accomplish through Zenome.

Genomics also plays a role in family planning. Alex shared the story of a married couple that was struggling to get pregnant. Eventually, the Zenome team discovered that both partners had a mutation in the same gene.

“When the couple tried to get pregnant, both embryos had this mutation. Because of that, the embryos were not viable,” he said.

Since the couple was not going to conceive a child naturally, they instead chose in vitro fertilization as their next step. Without genomics, they may not have known what was wrong. Now, Alex said, they have a healthy child together.

“Genomics can help build both new relationships and new families,” he told us.

While Zenome continues to work on more robust genomics research, it also has its sights set on the future. Ultimately, Zenome’s goal, per its vision statement, is to “create the best infrastructure project for the genomic Internet — a kind of ‘genomic Google,’ owned by the entire community of Zenome.”

“Our collection of genomics is a little bit more future-oriented because the industry develops very quickly,” Alex said.