WildEarth Guardians: A Nonprofit That Encourages People to Connect by Getting Involved in Conservation in the American West

The Scoop: WildEarth Guardians is a nonprofit organization that promotes a sustainable environmental future in the Western United States. The organization focuses on protecting animals, public lands, waterways, and the climate through grassroots activism, fieldwork, and legal action. WildEarth Guardians offers many ways for passionate individuals, couples, and families to get involved — both online and in person. People can work together planting trees on restoration sites, or they can ask their friends on social media to sign petitions for public land protection.

One of the reasons many couples care about environmental protection initiatives is that they love spending time together in the great outdoors. That shouldn’t be surprising considering the many benefits of getting outside.

However, as the environment suffers from the harmful effects brought on by humans, companies, and legislation, preserving and rehabilitating those outdoor spaces has become a vital task. That’s why WildEarth Guardians, a nonprofit focused on protecting and restoring natural resources in the American West, encourages people to get outside together and advocate for causes by participating in volunteer projects.

“We have tree-planting opportunities where we invite members to join our efforts in planting native trees on our restoration sites,” said WildEarth Guardians Executive Director John Horning. 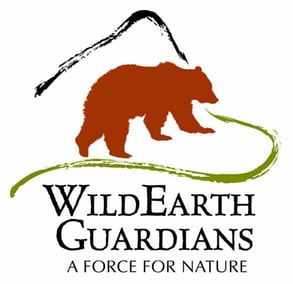 The organization is also committed to improving wetlands and waterways that have been profoundly impacted by human interference.

“Our Stream Team connects citizens with rivers and streams that need restoration. We get those groups of people on the ground to bring those waters back to life,” John said.

Individuals, couples, and families can choose to work on a variety of impactful projects, including taking down unused livestock fencing to allow wildlife to move freely or helping remove unnecessary roads that can increase erosion and degrade or pollute waterways.

These volunteer projects have produced tangible benefits. In New Mexico, where WildEarth Guardians is based, teams have helped restore riparian environments — or trees and other vegetation that need water in a desert ecosystem — to lower water temperatures and preserve aquatic species.

This volunteer work is an essential part of WildEarth Guardians’ mission, and the other aspect of the organization’s activities (including encouraging lawmakers to act on behalf of conservation) can be just as impactful.

The organization spent a decade fighting the U.S. Fish and Wildlife Service to protect more species. In 2011, WildEarth Guardians won that battle, causing the USFWS to protect an additional 800 species.

WildEarth Guardians plans to continue fighting for the environment for generations to come.

Volunteers Develop a Sense of Guardianship for Public Lands

WildEarth Guardians celebrates its 30th anniversary in 2019, and over nearly three decades, the organization has tackled many significant challenges. It was created in 1989 as Forest Guardians to protect the Mexican spotted owl from being displaced due to logging. Its most substantial victory was when it successfully ended logging on 21 million acres of forest in the Southwest.

Today, that mission remains an important part of the organization and is still reflected in its name. It encourages members to be guardians of animals and public lands.

“Everyone is a guardian of family, children, parents, and communities. What we’re trying to do is evoke this sense of guardianship for the natural world,” John said. “We believe that we’re inextricably tied to the natural world, and, as guardians, we have a duty to speak up and protect the vulnerable and the voiceless.”

The organization has 250,000 members from around the United States who support that mission. Many members are passionate about specific issues, from the humane treatment of wildlife to the protection of endangered species to the preservation of clean air.

For its 30th anniversary, nature lovers can come together to meet one another and work toward environmental goals. In September, the organization will hold its Guardians Gala in Santa Fe, New Mexico. It will also host its annual Treehugger Bash in Albuquerque in December, with vegan food and a silent auction to raise money for the organization.

“We have opportunities for citizens of all kinds to participate in our work and protect the environment,” John said.

Become Part of the Political and Legal Process

WildEarth Guardians offers many ways for people to get involved — even if you can’t be there physically.

“The virtual part is a bigger component of our work than it was,” John said. “ A bunch of our issues are national, as well.”

For example, you can sign a petition encouraging political leaders to protect the Rio Grande. You can also send messages to your political representatives asking to protect wildlife — and invite your friends on social media to do the same.

“No matter where you are, you can be part of a community of like-minded, committed people who want to see the natural world protected,” John said.

Even those who don’t live in the western U.S. can still contribute to the mission.

Specifically, members pledge to join a program called “I Am a Guardian.”

Those actions have been instrumental in several recent wins for the organization. In June 2019, Guardians stopped the Forest Service’s Medicine Bow Landscape Analysis Vegetation Project that would have logged 360,000 acres and built 600 miles of temporary roads detrimental to the landscape.

“It’s about people stepping up, exercising their voices, and being guardians for a creature, ecosystem, or a need to change a law,” John said.

Over the last 30 years, WildEarth Guardians has logged numerous victories thanks to the people who support its initiatives. Part of that success comes from the organization’s unwillingness to rest on its laurels, and it still has many goals it wants to achieve.

For one, it wants to double its membership to half a million people. So, WildEarth Guardians plans to expand from mostly those living in the American West to individuals from around the country.

Further, WildEarth Guardians wants to develop a more diverse membership, both in age and geographic location, but also in other demographics.

The organization has some upcoming high-profile projects, including advocating for banning the use of cruel trapping tools on public lands. Traps can hurt all animals, not just the ones that are supposed to be trapped, including endangered animals or even pets. As of now, many states, including Montana and New Mexico, have lax trapping regulations that WildEarth Guardians wants to counter.

“That’s the core ethic that guides our work. Most of our members feel a responsibility to guard those vulnerable creatures that don’t have a voice,” John said.

Though the nonprofit has been working for environmental justice for nearly three decades, it continues to inspire participation in its efforts, and John, his team, and the more than 250,000 Guardians around the country know they’re doing meaningful work.

“We’re fortunate to do work that aligns with our values and how we feel about the world,” he said. “We want to change hearts and minds, and that requires persistence and tenacity.”