Trans Lifeline: A Dedicated Peer-Support and Crisis Hotline for Members of the Transgender Community in North America

The Scoop: Trans Lifeline is a valuable resource for transgender individuals because it connects callers with other members of the trans community. The hotline has fielded more than 26,000 calls in the last year from people who just need someone to listen. That aid results in fewer people feeling isolated and struggling with misunderstanding, hatred, and transphobia. Trans Lifeline focuses on improving mental health, and many of its team members and ambassadors also work in advocacy and education. The organization has provided more than $500,000 in microgrants to help individuals update their names and genders on state- and government-issued IDs.

According to a 2016 study, an estimated 390 out of every 100,000 adults in America are transgender. That comes out to nearly 1 in every 250 adults — or almost 1 million people in the U.S. The study also showed that the number of people who identify as a gender other than the one assigned at birth had increased rapidly since surveying began in 2007.

But just because more transgender individuals are comfortable speaking their truths doesn’t mean it’s an easy choice. In the U.S., for example, it is illegal for openly transgender people to serve in the American military, and prejudicial attitudes are still pervasive in some parts of the country.

That’s why, even though a majority of Americans support transgender rights, isolation and identification issues are common in the transgender community. 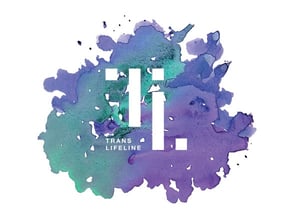 Trans Lifeline ensures that callers will speak with a fellow member of the transgender community.

A staggering 40% of those in the transgender population report a suicide attempt at some point in their lives, said Bri Barnett, Trans Lifeline Director of Development and Interim Director of Communications.

Trans Lifeline operates the first hotline in North America that guarantees callers can speak with another member of the transgender community, and those trained professionals are there to listen in times of crisis or if someone just needs to talk.

As of 2020, the hotline is available to Spanish speakers as well as English speakers. It is the first peer support hotline for trans Americans and Canadians who speak Spanish.

The organization also works on a variety of educational and advocacy projects, including funding microgrants to help people update their IDs with correct names and genders.

“We want to solve a crisis of isolation that impacts the trans community, and that isolation is often caused by hatred and transphobia,” Bri said. “It creates a toll on people’s mental health when they don’t have a community that supports them with the resources they need to survive and thrive.”

In the last year, the hotline has fielded more than 26,000 calls. And since it began, it has logged nearly 101,000 calls, according to the website.

“We have our pulse on the needs of the community because our callers guide us. People can call to talk about the things impacting their lives, if they’re suicidal, in crisis, or something is making them feel isolated,” Bri said. 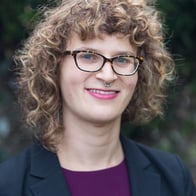 Bri Barnett, Director of Development and Interim Director of Communications, talked about the hotline’s positive impact.

Trans Lifeline never asks callers to provide any information that would make them feel uncomfortable. Through conversations, Bri said that the organization has estimated that 53% of callers identify as people of color, with more than 20% being black and between 7% and 10% being indigenous.
“When individuals are caught in the intersection of multiple oppression, it can make life events even more challenging,” said Bri.

People from every region, race, and age call the hotline, according to Bri, and one-third of callers share that they are under 30.

For cis individuals who want to support the mission, Trans Lifeline offers many other volunteer and ambassador opportunities. It recently launched a voluntary call-back program that is also in need of additional volunteers. And much of the behind-the-scenes work is supported by people of all gender identifications.

The Hotline Serves More Than Just Those in Crisis

A misconception about the Trans Lifeline is that it is solely for people who are in crisis, but that is not the case.

“We are a support hotline and a crisis hotline,” Bri said. “People should reach out if they’re questioning themselves or if they’re feeling alone, and before, after, or during a crisis.”

Part of the reason the hotline is such a trusted tool for members of the trans community is that the hotline will not call the police to perform wellness checks without the permission of the caller. Most hotlines train staff to alert the police if there is a concern that the caller will cause harm to themselves or others.

“Trans people are often not passive victims. There may be a lot of hardship, but there is also a lot of joy and strength. And we’re building a resilient community of trans people through our services.” — Bri Barnett, Trans Lifeline Director of Development and Interim Director of Communications

Trans Lifeline works instead to develop a rapport of trust with callers, so they feel comfortable enough to share their true feelings. Also, many transgender individuals have a complicated history with the police, so this policy is designed to make them feel safe when they call.

Trans Lifeline also has a thorough training and vetting program that each operator goes through, so interactions can be more successful.

“There are several operators who used to call, and now they answer calls themselves. Trans people are often not passive victims,” Bri said. “There may be a lot of hardship, but there is also a lot of joy and strength. And we’re building a resilient community of trans people through our services.”

Along with operating the hotline, Trans Lifeline provides other valuable services to the transgender community. Those services include microgrants that help individuals update their identification documents with proper names and genders.

“Some things can’t be solved with talking,” Bri said. “That’s why we provide money to legally update their name and gender. That can impact jobs, housing, education, and voting — all of which an ID is key for.”

Trans Lifeline partnered with MTV and Logo to raise awareness among trans youth about the microgrant program, especially when it comes to voting. Trans activist and popstar Kim Petras shared the stories of three past microgrant recipients and emphasized the importance of updating ID cards before heading to the ballot box. Take a look at the video:

In addition to funding, Trans Lifeline offers one-on-one coaching to grant recipients to ensure they understand the process for updating their identification. The goal is to cut through the red tape make the experience as smooth as possible.

An updated ID can be validating for a trans individual. It means they are recognized and accepted for who they are. And it also means they can vote without fear of disenfranchisement.

Prospective applicants can sign up with their email to be alerted when Trans Lifeline announces the monthly microgrant applications. Bri told us Trans Lifeline has recently revised its microrants equity policy so that 75% of microgrants now go to trans people who are Black, Indigenous, or People of Color.

Trans Lifeline Provides Vital Resources to Those in Need

Transgender individuals can face a lot of challenges in their lives, and most of them boil down to  fighting for acceptance. They fight to be accepted by their doctors and counselors, their colleagues and employers, and, most importantly, their friends and family members. A trans person can’t always rely on the support of the people in their lives — but they can always rely on Trans Lifeline.

Trans Lifeline has united trans people from all walks of life and provided a hotline where they can offer comfort, show solidarity, and give the acceptance that individuals need and may not have in their daily lives.

“The biggest determining factor in whether someone will be more suicidal than their peers is family support,” Bri said. “Relationships come up often on the hotline.”

In the coming years, Trans Lifeline is working to expand its partnerships and increase donations so it can provide more microgrants and hire more Spanish-speaking operators. The organization would also like to provide chat and text services for those who may be uncomfortable speaking on the phone — or who aren’t in an environment where they feel comfortable making a call.