The Scoop: Many couples enjoy relaxing together and drinking a delicious craft beer at the end of a long day. Tavour helps those beer lovers enjoy that time even more by delivering craft brews directly to them. The app connects users with more than 650 independent breweries in  47 states, and they can find featured flavors or sign up for a membership and select a variety of beers to try each month. It’s an excellent way for couples to sample ales they can’t find locally while also supporting the independent breweries that are growing the craft beer industry.

It’s often the little things that help keep a relationship going strong, and many couples bond over simple acts — like sharing a craft beer at the end of a long day.

Today, finding independent craft breweries that can make that experience even more enjoyable with innovative beers is easier than ever. According to Fortune, the U.S. is home to around 7,500 craft breweries, with more opening every day.

Despite the prevalence of those breweries, couples may have a tough time finding most speciality beers at even the best stocked local alcohol shop. That’s because distributors tend to work regionally, and only the most popular, mass-produced beers get sold around the country.

Tavour can help those couples keep things fresh by delivering craft brews from some of the country’s most unique breweries. The app allows users to select beers from independent breweries around the country without making a trip to the store.

“Beer brings people together, and we are so lucky we can help make that happen,” said Tavour Marketing Manager Megan Birch.

Anyone looking for the perfect gift for a beer-loving mate — can sign up for a membership with Tavour, which introduces two new beers from craft breweries each day. The app makes it simple to purchase those brews and have them delivered directly to their door. That is, of course, if they’re over the age of 21 and can sign for the delivery.

“It’s a connection that has the power to redefine local into a broader community of fans and breweries who believe independence is the heart of craft,” Megan said.

Beer lovers may not be surprised to learn that interest in craft beer has increased rapidly — especially among millennials, according to Fortune. Many people also understand the value of supporting a local, independent brewery that has an innovative style and cares about their products and the community.

Tavour agrees, which is why it provides users with access to beers from independent breweries they couldn’t otherwise try locally.

“Our whole mission is to help independent breweries grow, which is why we only work with ones that are certified independent,” Megan said. “There is so much innovation that happens at these small breweries, and we want that to continue.” 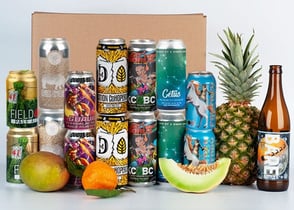 Tavour sells beer it curates from independent local breweries to couples all over the United States.

If a large corporation purchases an independent brewery, Tavour will stop working with that company, in part because the corporation’s distribution network will make it easier to purchase. But that brewery may also be less innovative in the future.

Independent local breweries often use ingredients sourced from local farmers in the brewing process. They may purchase chocolates, creams, or coffee from small harvesters who make artisanal batches.

As a result, by supporting independent breweries, beer lovers also support other small businesses that make up the backbone of the national economy.

“That connection can make a big difference,” Megan said.

Tavour members benefit, as well. All of the different tastes, styles, and fun packaging can add excitement to anyone’s beer fridge.

Memberships Make a Great Gift for Your Partner

As far as who shops for gifts of Tavour, Megan said it’s about half men and half women. However, when it comes to the recipients, about 80% are men. Of course, they are free to share.

But Tavour is not a beer-of-the-month club. Members only pay for the beer they want, and they can choose the beers they want to receive through the app, which is available on iOS and Android. Members pay a flat shipping fee, regardless of how much they buy. Also, members who purchase a subscription get free shipping. 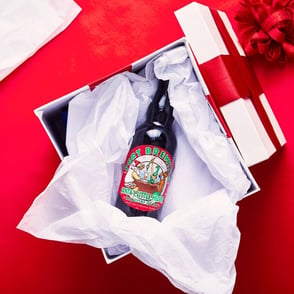 Members learn that beers can sell out quickly, that’s why it’s a good idea to check in frequently on the app to see what’s new.

People can give Tavour gifts in two ways. They can send someone “beer money” or purchase a curated box, with options ranging from IPAs to stouts to seasonal beers and sours.

“The beer in every box is hand-selected by our team from our current selection,” Megan said. “We get about 50 new beers every week, and each one is limited in quantity and won’t be found in the recipient’s local area. We enable you to try beers you haven’t heard of and hopefully find your new favorite.”

Tavour: It’s All Possible Because of the Dedicated Team with a Passion for Craft Beer

Tavour has helped connect so many beer-loving people with new brews that the team considers itself a “secret middle man,” Megan told us. Those team members who work hard to find unique beers and ship them to customers also have one thing in common: They all support independent breweries, and they all love craft beers.

Megan said her sister had a beer-themed wedding because her relationship with her husband “all started with a beer.”

The team works with more than 650 different independent breweries, including a hidden gem in West Virginia, a family-run farm in New York specializing in organic honey, and a place in South Carolina that makes a beer that tastes just like a seven-layer chocolate cake.

“I just received my first case, and I’m extremely excited to try them,” one member wrote in an online testimonial. “Being from the East Coast of the U.S., it’s very difficult to get ahold of unique small-batch beers! Thank you, Tavour, for allowing me the opportunity to try some new beers that I would have never found on a shelf at my local store.”

Along with curating boxes, the team always reaches out to small breweries to find new flavors and recipes to share with members.

The Tavour team looks forward to one day working with breweries in all 50 states. However, each state has its own beer shipping laws, so it’s not possible to deliver everywhere — yet. Tavour currently ships to 26 states, but it hopes to expand so more couples can connect over a delicious brew.