Reimagine: An Online Festival About Death That Helps Couples Learn the Value of Love and Life

The Scoop: Death is a topic that has been on the minds of many people during the global Covid-19 pandemic. Mortality is also a subject that can help many couples overcome their differences and prioritize love. Reimagine End of Life is a nonprofit organization that creates virtual and in-person events based on topics surrounding death to open up conversations and bring people closer together in an interactive and surprisingly fun way.

During the global Covid-19 pandemic, perhaps more than at any other time in modern history, people are contemplating death, which is obviously not a light topic. Anxiety, fear, and confusion often surround the subject of death, even though it’s something that will happen to us all.

Many people have lost a loved one, either a family member or a friend, over the years, and couples often find themselves navigating a loss together. That circumstance has the power to bring couples closer than almost anything else. 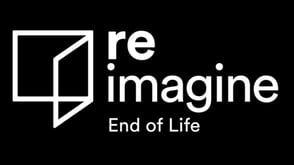 Reimagine is a nonprofit that helps individuals and couples talk about the topic of death.

“If you’ve gotten close to someone, you know there’s nothing that binds a couple like facing hard times together,” said Brad Wolfe, the Founder and Executive Director of Reimagine End of Life, a nonprofit that organizes virtual and live events dealing with the topic of death. “In life, the hardest thing most of us face is death.”

Brad said that surveys taken after a Reimagine festival experience have shown that dancing, singing, and even laughing about death with someone they love can help partners feel more grateful for their life and the people in it.

The “Reimagine: Life, Loss, and Love” festival launched virtually on Zoom May 1, and sessions are scheduled through the end of the year. Other planned events include theater, comedy, and dance performances. The festival also hosts sessions focused on caregivers and encourages participants to engage in conversations about their own mortality.

Virtual Reimagine events are also taking place around the world as individuals organize and host their own. The organization plans to include more online events aimed at couples.

Designed to Inspire People to Prioritize Love While Living

Before Brad founded Reimagine, he said he had his own intimate understanding of death. When he was just 21 years old, someone he cared about deeply died. He said he wished he had had Reimagine back then to help him work through his emotions and accept the reality of death.

“I’m so glad it exists now because it has allowed me to find an entire tribe of people who understand how important it is to love while we have the chance and talk openly about what it is like to lose someone, which can be a transformative experience,” he said. “Reimagine makes me feel like I’m not alone, even though that’s often how we feel around the subject of death, isolated with our feelings and thoughts.”

In 2018 and 2019, the Reimagine team produced citywide Reimagine: End of Life festivals in San Francisco and New York City that drew more than 30,000 people.

The Reimagine community has grown substantially in just the last two months. More than 25,000 people worldwide have signed up for events as the organization prepared to go virtual. The goal is to provide a place, either in person or online, where people can become inspired to face death, embrace life, and love fully.

“We want Reimagine to be the place where you can show up, tune in, and participate in incredible events that make you feel something real about the human experience,” Brad said.

Couples Can Grow Closer by Participating in Virtual Events

Reimagine has several upcoming digital events that couples will enjoy, including “Love After Death,” “Conversations on Death,” and “Why Men Grieve Differently and How to Support Them.”

Instead of hosting a live festival, which was initially scheduled for June, Reimagine decided to compile many online opportunities into a comprehensive virtual festival.

“This is a challenging moment, filled with death,” Brad said. “But in facing death, we begin to live fully. We need to come together — and stay together — so we won’t need another pandemic, a 9/11, mass shooting, or the death of a loved one to remind us what matters most.”

Reimagine offers many events through the end of the year. For example, Kelli Dunham, a former nun-turned-comedian, hosted a session that deals with how queer people honor families of choice through rituals. She recently drew attention to that practice when she chronicled her experience in the ICU with Covid-19 in a piece for HuffPost. 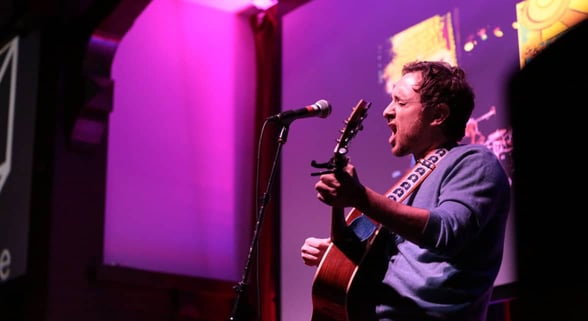 Brad Wolfe founded Reimagine to help others after dealing with the death of someone close to him.

Tara Rynders, who is an artist and registered nurse, kicked off the festival with the online session “Resiliency Moments.” The web event paired healthcare workers with artists for one-on-one experiences that helped them feel seen, heard, and cared for. The event included a virtual canoe ride, songwriting session, and the creation of a happy mourning dance.

Reimagine also included a conversation with Jason Rosenthal, an author whose wife had published an essay in The New York Times that read like a personal ad for her husband while she was on her deathbed.

The organization recently debuted Reimagine Topia, a 24/7 virtual lounge where people can wander and have meaningful conversations with other festival-goers. They were encouraged to leave a virtual flower in the name of someone who died.

More events are scheduled as part of the festival and beyond, Brad said.

In addition to festivals that help individuals and couples, Reimagine also offers many resources and support tools for those processing the death of a loved one. The organization recently partnered with QUARANTEAM and published the Virtual Memorial Guide, a free toolkit with templates to create and host memorial services online for those who cannot be together following someone’s death.

Brad said Reimagine also focuses on supporting caregivers since so many people will find themselves in that role at some point in their life.

“Reimagine is powerful for any couple, but we, as a culture, often forget that many individuals have relationships with someone who is going through a serious illness, or is close to death,” he said. “Reimagine events can be very healing, cathartic, moving, informative, and helpful for people in those life situations, which we don’t often acknowledge publicly.”

The organization receives many testimonials from couples who have participated in a Reimagine event and said it improved their relationships. One couple told Brad that they were the youngest attendees of a workshop at the 2019 festival focused on advance care planning. The woman said that it was informative and encouraged her and her husband to work together to think about what death meant to them.

Brad expects more online Reimagine events to take place throughout the year, as anyone can organize one. Some events may honor the life of a loved one or conduct a live interview with someone about what they want their legacy to be. Other events include yoga classes, virtual concerts, art events, and talks.