The Scoop: Four major studies have confirmed that HIV-positive individuals who are on effective medication and have an undetectable viral load do not transmit the disease to sexual partners. That fact became clear in 2008 and was confirmed definitively by scientists in 2016, but many are still unaware of the findings. That’s why Prevention Access Campaign developed the U=U campaign, which stands for Undetectable=Untransmittable. The organization seeks to spread the word that U=U is the consensus opinion, agreed upon by more than 925 expert partners from 99 countries, and it reaches those living with HIV, policymakers, providers, and community health leaders to deliver that important message.

One of the most troubling misconceptions of people who are HIV-positive is that they can never have an intimate, sexual relationship with anyone who doesn’t also have the virus. For many who learn the news they are HIV-positive, they may feel like a part of them is gone forever.

But that has changed dramatically in the past decade.

Four major scientific studies have proven that HIV-positive individuals who have an undetectable viral load and stay on their medications do not transmit the virus to sexual partners. Similar findings were initially announced in 2008 with the Swiss Statement, and they were confirmed in the four studies from 2016 to 2019. For many people diagnosed with the virus, the news is nothing short of life-changing.

“Diagnosis doesn’t mean no more satisfying relationships,” said Murray Penner, the Executive Director of North America for Prevention Access Campaign. “And that lifts people out of depression. They feel like they can be intimate and free in their sexual relations, and that’s at the heart of it.” 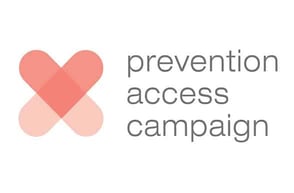 Prevention Access Campaign wants to raise awareness that those with undetectable levels of HIV can’t transmit the virus.

Through the U=U campaign, Prevention Access Campaign seeks to raise awareness that undetectable equals untransmittable. The campaign began because, even though the science is clear, the information was not widely known. Many people still don’t understand the value of receiving treatment and staying on their medication. So there’s much more work to do to have U=U become foundational in people’s lives.

The outreach efforts began when the founder of Prevention Access Campaign, Bruce Richman, learned from his doctor that, if he could get his HIV viral load to an undetectable level, he wouldn’t transmit the virus to his sexual partners. The fact that neither he nor anyone he knew had ever heard that fact was shocking to him.

So he made it his mission to share that message with the rest of the world.

“His goal was to get this information to as many people as possible. You don’t transmit the virus, and you can take care of yourself in the process,” Murray said. “It breaks down the stigma.”

To begin the outreach campaign, the organizers reached out to members of the research community to sign a consensus statement. The statement serves as a universal agreement on the science that proves HIV-positive individuals who are undetectable do not sexually transmit the virus.

The statement is necessary because there is so much skepticism in the face of those facts. So far, 925 partners from 99 countries have signed on to support the U=U message.

“We feel the U=U message has the potential to break down that stigma,” Murray said. “People are reluctant to get tested, and, if they are HIV-positive, to get into services and take medication. But, if you stay healthy, you won’t transmit the virus to your partners.”

The campaign works primarily with providers and community leaders to share the message. Many doctors were cynical of the research, but it was a big win when the U.S. government — specifically the Centers for Disease Control and Prevention — updated its language regarding the risk associated with HIV transmission.

“In 2017, the CDC came out and said there is effectively no risk for transmitting HIV if you are undetectable,” Murray said. “That was a big win to get the federal government on the same page, saying the same thing.”

Murray said that Prevention Access Campaign encourages communities to accurately deliver the message in any way they can to help people learn about the important science.

In the United States, nearly half of the HIV-positive population doesn’t seek medical care to have their viral loads suppressed. Part of that is due to challenges within the healthcare system, fear of discrimination, and a sense of hopelessness. While the U=U campaign does not offer health services, one of its goals is to push for universal access to treatment so that more people can overcome stigma and regain intimacy in their lives.

“Individuals living with HIV need to understand what it means for them, how to stay undetectable and achieve undetectable status,” he said. “We’re doing things with a lot of different audiences. People living with HIV are our core and heart, but policy makers, the general public, doctors, and other providers are an important part of our outreach.” 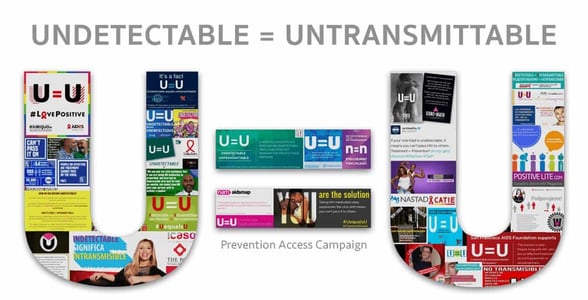 Prevention Access Campaign’s Undetectable=Untransmittable initiative gets the word out about the issue.

Together, those groups can work to increase access to treatment for those living with the virus. The campaign offers strong motivation to address the HIV diagnosis instead of standing by as people with the virus succumb to feelings of isolation or depression.

Murray said he had a deeply personal reason for being so passionate about this mission.

“I’m openly HIV-positive, and it has been a true inspiration to me because it gives me the freedom to not worry about transmitting HIV to my sexual partner,” he said. “If HIV is a part of your life, this knowledge is freeing. That’s the inspiration; to help people.”

To spread the word, Prevention Access Campaign has also reached out to other organizations and public health initiatives to sign on to the consensus statement. As awareness spreads, people can get treatment, and the stigma can recede.

Murray said another goal of the campaign is to connect more users with services — and other people. The group has created an interactive online map of each region, so people can find other organizations with similar interests in their area. And the campaign is looking to expand that to individuals as well.

The campaign also wants to ensure that those with HIV who are not in treatment — or who are not undetectable and can still transmit the virus — feel supported, too.

“Those who choose not to be on treatment, or who don’t achieve undetectable status, are important to our movement, as well,” Murray told us. “We really believe that viral load doesn’t equal value. That doesn’t mean you’re not an important part of our campaign and that there aren’t options for you and your partner to stay healthy and prevent transmission of HIV..”

Prevention Access Campaign aims to spread awareness among as many people, organizations, and public health initiatives as possible, and it did not copyright U=U because it is happy to work with any ambassador or volunteer who wants to help.

“We use just about any method we can to get the word out,” Murray said. “And the diversity of our movement is evident in our volunteers and ambassadors who are in their own communities talking about U=U. We are committed to diversity in all its forms and for our campaign to be truly reflective of the HIV epidemic.”