The Scoop: NextGen Jane Co-Founder Ridhi Tariyal realized that women rarely talked about issues involving menstruation and that any problems they had were often minimized. But lack of awareness can result in overlooking serious diseases that impact both reproductive and overall health. NextGen Jane is working to reveal scientific answers to those questions by studying menstruation at a genomic level. Its team collects and shares health data, addresses common concerns, and empowers those who menstruate to take control of their bodies.

When a new “period” emoji was introduced, NextGen Jane Co-Founder Ridhi Tariyal had to laugh. That’s because the emoji depicts a small droplet of blood, which didn’t make much sense to her.

“In my 40 years, I’ve never heard of anyone refer to her period as a droplet. It’s usually more like a tsunami or a raging river or a gigantic wave,” she said. “It’s an event, and you plan around it. It’s often heavy and unpredictable.”

NextGen Jane is a reproductive health startup designed to help those who menstruate — women, transgender men, or anyone beyond the gender binary — find answers to their questions. Many of those who come to NextGen Jane feel uncomfortable talking with their doctors about their issues.

Ridhi realized that individuals could learn a lot about their bodies by sharing and reviewing data from others who are similar to them. They could also benefit from a service that analyzes the blood from a tampon to provide valuable information about potential diseases and issues that may remain unknown until symptoms become severe. 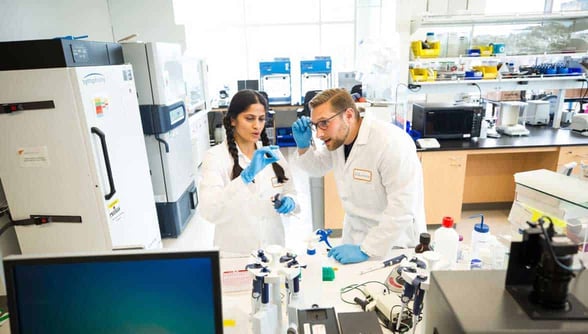 “Maybe they can’t get an appointment for six months, or the doctor feels like their concerns are not valid. If the concerns are valid, there might not be a test to resolve that,” she said.

NextGen Jane aims to offer women an easy way to answer questions about their reproductive health with minimal interaction from other parties — and maximum privacy.

“We are trying to help women answer questions about their health, and their bodies through period blood,” Ridhi said. “Confronting that reality is built into our office and we’re unapologetically proud of it.”

Not only is it built into the culture, but it’s also on the walls.

At the center of the NextGen Jane office, artist Heather Hardison painted a stunning mural that highlights the fallacy of the period emoji. It depicts the form of a woman emerging from a giant red tidal wave that signifies the menstruation cycle.

If you look hard enough, you can see a tiny red dot painted on her, referencing the emoji that Ridhi finds so inaccurate.

In 2013, Ridhi sought to learn more about her own reproductive health. She was 33 years old and focused on her career, but she was also curious about how family planning could balance with her work life.

She quickly realized that getting answers was not going to be easy.

“I was just trying to figure things out, including if I have any diseases that would impact my ability to get pregnant that didn’t have anything to do with my egg quality,” Ridhi said. “I got so much pushback from my primary physicians, and it brought to the forefront that they are the gatekeepers to data that is important to you — but it isn’t really that important to them.” 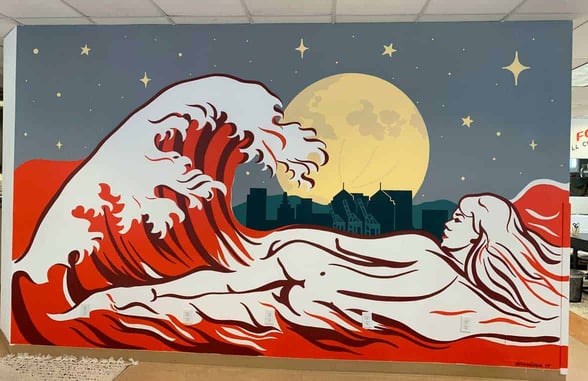 So, she partnered with her friend Stephen Gire to create NextGen Jane. Together, they began the challenge of seeking funding for innovation and diagnostics in a competitive health care industry. Then, they reached out to women — from adolescence to post-menopause — to collect data and share information about their bodies.

“If you’re a young teenager, you probably wonder when you’ll get your period or if the symptoms you experience are normal. As you get older, you might worry about sexually transmitted infections — because they mostly impact women in their 20s,” Ridhi said.

That’s why NextGen Jane studies data from a wide variety of women, including women who worry about their fertility and whether they can have kids.

“Women often start to worry about the reproductive diseases like endometriosis or uterine fibroids in their early 30s,” Ridhi said. “In their mid- to late-40s, they may be thinking about menopause. And post-menopausal women are worried about cancers. We believe we have an opportunity to make a difference in the lives of all of these women, and we want to.”

An Empathetic Team That Advocates For Women’s Health

Along with the mural of the woman emerging from the wave, the NextGen Jane offices also feature graffiti artwork in the bathrooms. The artwork has inspirational, fiery quotes by the likes of Audre Lorde, which like the Lizzo lyrics pumping through the speakers, gives the office a bit of a “war room” feel, Ridhi said.

That makes sense for the revolutionary mission with which the company’s team is tasked. Ridhi said that Stephen — as the only male in the office — is dedicated to understanding what women go through. Three other women, all under 26, complete the NextGen Jane team. One is a scientist who Ridhi describes as the “woke voice of the post-Millennial generation.” Another is an engineer who is a music-loving, Ayurveda enthusiast. The third is a biologist who is calm under pressure.

“They’re all rational, scientific, spiritual, and open. It’s a great team and the right type of team to tackle the problems we’re taking on,” she said. 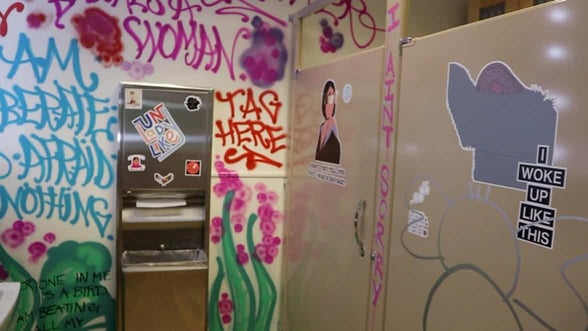 The NextGen Jane offices have inspirational, fiery quotes everywhere, including the bathrooms.

Together, they started holding safe space meetings to understand the kinds of questions women had about their bodies. They heard the story of a woman whose undiagnosed endometriosis was so severe that she would soak her mattress with blood during her period. Another suffered from so much pain that she would have to miss entire days of college classes. Neither recognized their situations were abnormal and required medical attention.

“We can provide an understanding of what a normal menstrual cycle is right now, including how much blood you lose and what kind of diseases you may face,” she said. “Why has no one made a database for any woman to search?”

That’s precisely what NextGen Jane is seeking to create.

This year, NextGen Jane is inviting women and people who menstruate to sign up for its beta test. This scientific process involves first filling out a survey to describe a period.

The anonymous data is then uploaded into the NextGen database, which users can search to determine if their experience is potentially abnormal. Beta testers will also be asked to send in a used tampon so scientists can extract its genomic data. That could help diagnose diseases and give people a better understanding of their health without even having to make a doctor’s appointment. 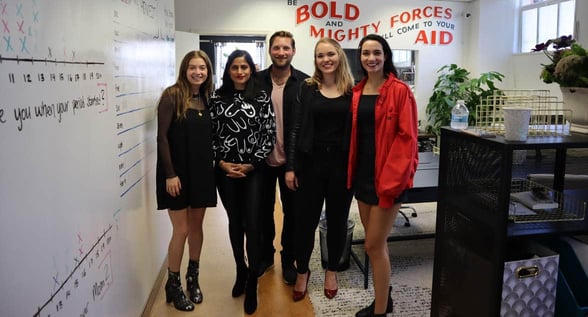 The NextGen Jane newsletter offers even more information for people about how to interpret data and understand what they see in the database.

“You can’t take ownership of your body without knowledge,” Ridhi said. “There are two things we’re proud of: data literacy and real information. To give women data about themselves and tell them how to understand it, that makes us profoundly happy to offer that type of autonomy.”

NextGen Jane’s goal is to have 10,000 people signed up for beta testing within the next three months, and those individuals will be educated and empowered, Ridhi said.

“We’re bridging the gap between cutting edge science and meeting women where they are,” she said. “Few others are filling that void of providing women answers with the science in the most convenient way possible.”