The Scoop: The New Repertory Theatre (New Rep), located just outside of Boston, offers professional stage productions that are designed to appeal to a broad audience. Performances offer great date night opportunities, and the theater is easily accessible with plenty of nearby restaurants. Couples can also participate in free activities that help them connect with the creative teams behind the performances and discuss themes and topics that connect us all. For its welcoming atmosphere that draws people from all different backgrounds, New Rep earns our Editor’s Choice Award.

You can tell a lot about a date by how he or she behaves at the theater. Some people sit back and take everything in, while others lean forward in their seat, utterly transfixed by a performance. Some are eager to discuss the performance during intermission, and others may notice themes that you didn’t pick up on.

That’s part of what makes a trip to the theater such a great date idea. For those in Boston, the New Repertory Theatre (New Rep) provides a wonderful opportunity.

Along with six professional performances scheduled throughout the season, the theater offers many free events for individuals, couples, and families. Some of those events allow participants to meet the creative teams behind the shows and engage in thoughtful conversations that can last well into the night. 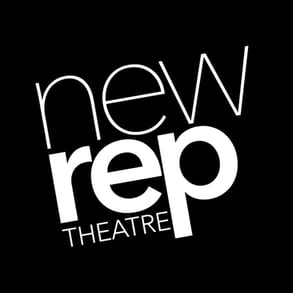 The performances, events, and discussions are all part of New Rep’s effort to add to the fabric of its community.

“We are committed to our mission of speaking powerfully to vital ideas of our time,” said Communications Director Jaclyn Dentino. “We strategically put performances on stage that we think will do social good for our community. We want to choose works that tell a variety of different stories of people who come from a lot of different backgrounds.

Today, the theater emphasizes empathy because the team believes that the country could use some understanding and goodwill, said Jaclyn, and bringing the community together through performances and other events fosters that empathy.

“Putting a story on stage that is different from what our audience may typically interact with can help with that,” Jaclyn said. “That’s why we’re also committed to education and engagement programs for our audiences.”

From its origins hosting performances in a church basement, New Rep is celebrating its 35th anniversary season and has grown into a thriving performing arts institution near Cambridge. With a new artistic director, the dedicated team has plenty of surprises in store for many date nights to come.

Exciting Performances are Planned for the 2019-2020 Season

The New Rep Theatre has six productions planned for the 2019-2020 season. Jaclyn recommended “Hair: The American Tribal Love-Rock Musical,” which takes the stage in January 2020, for a fun, interactive date experience.

“It’s a show that everyone can like. Of course, it takes places in the 1960s with the protests against the Vietnam War and the hippie counterculture, so it is a fun examination of that time,” she said. “But it was also the first rock musical on Broadway, so it revolutionized what a musical can really be.” 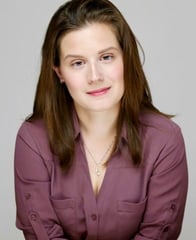 It also showcases some rock music styles from the era, along with memorable choreography.

According to Jaclyn, the director of “Hair” is even contemplating using pre-show time to make the performance a more immersive experience — including talk of on-stage seating.

“It may be one of our most engaging shows in that it will feel like an experience or a rock concert more than just seeing a show,” she told us. “I’m excited to see how it will shake out.”

New Rep welcomes audience members of all ages, and many come to the theater from the suburbs opposite Boston on the Charles River. The area is home to a sizeable Jewish population, so the theater regularly features performances that speak to the culture.
It also hosts school groups, retirees, young families, and young couples to help make the theatrical experience appealing to all.

“We also put substantial efforts into diversifying and expanding our audiences across gender, race, location, and other demographics,” Jaclyn said. “We have a lot of projects we’re working on to make ourselves well-known because we feel we have something to offer everyone.”

Free and Engaging Events for Couples

The New Repertory Theatre is housed in the Mosesian Center for the Arts, less than a 20-minute drive from downtown Boston. The theater is located near plenty of restaurants for a classic dinner-and-a-show date night, and it also hosts a variety of free activities associated with its performances to keep the date going longer.

After each opening night of a performance, New Rep hosts a reception at a restaurant next door. The entire cast and the creative team, including the director and designers, attend. Of course, the audience from the evening’s performance is welcome as well, and enjoy free snacks and a cash bar.

“It’s just a great time to socialize and talk about the show and meet the actors and the creative team involved, and it’s free,” Jaclyn said. “It’s perfect for anyone who is on a date or anyone interested in talking about the show.”

Another popular and free activity is called the Post-Show Talk-About, where the theater staff encourages audience members to stick around after the show. For about 20 minutes, they can ask questions of the cast and crew about the rehearsal process, thematic content, or the creative side of the performance.

Plus, on one day during the run of each show, New Rep offers a more in-depth discussion about the performance. Those free Spotlight Symposiums, feature a panel of scholars with expertise in the theme of the performance.

“It’s a way to dive deep into what we are putting on the stage and have a conversation about the work and what it means to our community,” Jaclyn said.

Daters can learn more about the person they’re with by taking in a show at the New Repertory Theatre, and, if they stick around after the show, they might learn more about what’s involved in bringing a performance to the stage.

Behind the scenes, New Rep has a dozen dedicated workers who are committed to using performances to improve the community.

“He’s bringing in a lot of really great energy. He is looking forward to continuing our commitment to equity, diversity, and inclusivity while making our organization a place for community,” Jaclyn said. “We love the art form and what it can do for our community, and we are all really dedicated to making New Rep a welcoming place.”

This past season, New Rep staged a production of “1776,” a musical based on the events surrounding the signing of the Declaration of Independence. First performed in the 1960s, the play is usually presented by an all-white, all-male cast. However, women make up about half the cast New Rep has assembled, and the ensemble as a whole includes actors from different racial backgrounds.

That resonated with one theater-goer named Jenny, who took her girlfriend to the performance. The couple met in middle school when they were both in a production of the same performance. They said they loved the challenge to gender roles and heteronormative codes and ended up seeing it a few more times.

“Those are the kind of stories that we love to hear. That is why we do what we do. We’re delighted to have these experiences,” Jaclyn said. “To tell the stories that are reflective of our community and allow them to see themselves on stage is why we’re here.”