The Scoop: Moment is an app on a mission to reduce people’s screen time and increase their quality time with loved ones. Over 7 million people have downloaded the app to track, evaluate, and adjust their phone usage, and its conscientious users typically decrease the number of hours they’re on their phones by at least 25%. In addition to assessing personal phone usage, Moment offers coaching courses to help users change their habits so they can lead more fulfilling and loving lives.

I bought a weight scale years ago when it occurred to me that my metabolism was slowing down, and I should start keeping an eye on my weight. Over the next few months, I watched with frustration as the numbers on the scale steadily increased. I wanted to lose weight, but simply frowning at the scale wasn’t working. I had to take action, changing my diet and exercise regimen to reflect my weight-loss goals.

You can’t solve a problem simply by knowing about it. You have to do something about it, and that’s where the real work begins. 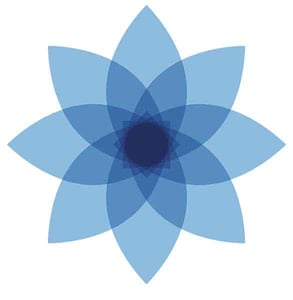 Moment is a screen-tracker app that strives to revolutionize how people use their phones.

Some people may worry about spending too much time with their noses buried in their smartphones, but simply tracking that time isn’t going to be enough to change their daily habits. It requires more hands-on coaching to motivate people to change, and that’s the end goal of Moment, an app designed to help users put their phones away.

“The key is you’ve got to give people some guidance,” said Tim Kendall, CEO of Moment. “What we’re doing is analogous to giving people an exercise regimen, nutritional guidelines, and education about habit changes.”

Not only does Moment track how much time the user spends on his or her phone, but it also provides coaching tools, leaderboards, and educational content to help people unplug.

Tim may not be the person you’d expect working on a project like this. He made a name for himself in the tech industry by helping attention-grabbing websites and apps thrive. From 2006 to 2010, he helped Facebook build a monetization strategy that made the social network profitable. He then took a job at Pinterest and worked his way up to become President of the company.

Tim experienced a change of heart when he realized that many online services weren’t making people happier, healthier, or more productive. They were making people addicted to their phones. Instead of connecting people, technology was damaging personal relationships and negatively impacting sleep patterns, mental health, and other aspects of life.

Now, as CEO of Moment, Tim sees the app playing an important role in how people understand and adjust their phone usage so they can better enjoy their time and their relationships.

Tim left Pinterest in 2017 so he could create an app that would do what apps are almost never meant to do: Make people put down their phones. As it turned out, he wasn’t the only one interested in using technology to solve the problem of technology. Kevin Holesh had built the Moment app in 2014 and gained millions of followers. Tim was so enamored with the app that he reached out to Kevin to offer his support and insight.

“It was a terrific product. Better than anything I could’ve built,” Tim said. “Kevin and I share a congruent philosophy on how to approach this problem.” 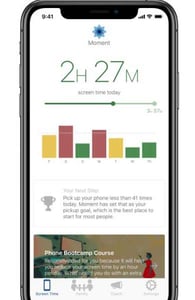 In 2018, Moment saw a change in leadership as Tim took the helm and Kevin shifted to focus on the design and coding aspects of the app. Moment not only added millions of users to its rolls in 2018, but it also grew its team from a one-man operation to an eight-person startup with headquarters in Silicon Valley.

The app also released an Android version of Moment and has tripled the number of coaching courses available to its users in the last year. The app currently has 4.5 stars on iTunes.

“Our mission is to help people get their time back and develop healthier ways to use their phone,” Tim said. “We’ve built a useful tool that helps users really rethink and reacquire new habits.”

Moment does more than simply track phone usage — it offers guidance to help people understand how and why they use their phone so frequently, and what they can do to change. Moment Coach has several opt-in coaching courses that can make a significant impact on a person’s phone usage. By putting users through a Phone Bootcamp, Moment helps individuals recognize the negative impact phone usage can have on everything from sleep to intimacy, and it challenges them to make better decisions in the future.

It can be a huge turn-off on a date to see someone reach for the phones to check a text, look at the time, or, worst of all, answer a call. Even having a phone on the table sends a bad signal. A dater’s attention should be on the person they’re out with, and a phone can distract them from building trust and forming a relationship. People can’t be truly present in the conversation if their eyes keep darting to their phones.

“I would suspect that people who can keep themselves from looking at their phones certainly have a better dating experience,” Tim said.

Committed couples also struggle with this issue and compete with their partner’s phone for attention. Because they’re absorbed in their phones, some couples can be worlds apart even though they’re sitting next to each other. 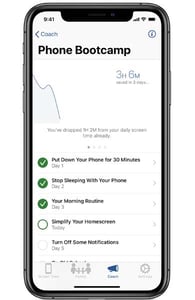 Phone Bootcamp challenges users to set aside their phones.

Technology can strain personal relationships by pulling people away from their real-life connections; however, a few mindful solutions can help them spend their time more wisely. For instance, Moment recommends making the bedroom a No Phone Zone where couples can relax. By banning phones from the bedroom, couples can ensure that space is one of intimacy, connection, and health. Studies also show that sleeping away from a phone improves the quality of one’s sleep.

Setting boundaries around phone usage can help couples reconnect and bond on a deeper level. Moment can offer useful guidance in this area, drawing from years of scientific research to yield lasting results.

Overall, Moment users have reduced their personal phone usage by 25% thanks to the app’s features. The coaching programs have proven particularly impactful, so the app has focused on facilitating these teachable moments online. In the last year, Moment has tripled the number of courses available to users, and the team continues to develop new ways to inform and inspire people.

“We see coaching as the future of these services,” Tim said. “Tracking is inadequate by itself. People need coaching services that help guide them into making better choices about how they spend their time and how they use their phones.”

Tim said 2019 will be a year of experimentation and innovation at Moment as they seek to address a widespread problem in society.

Moment is building momentum one sign-up at a time. Since 2014, over 7 million people have downloaded Moment and used it to improve their lives. Its healthful mission has attracted a global membership base, but it seems to appeal particularly to today’s youth. About 60% of Moment users are between 15 and 30 years old.

“You might expect younger folks not to be as conscientious about phone usage, but that’s not what we’ve seen,” Tim said. “Teens and 20-somethings are actually more cognizant about what’s going on and more mindful about their online experience.”

Smartphone addiction impacts people of all ages, but some generations seem more vulnerable to it than others. No, I don’t mean millennials or even Generation Z. On average, Gen Xers spend more time on mobile devices than any other generation. Some middle-aged parents may decry their child’s use of technology without recognizing the example they set by constantly scrolling, searching, messaging, and Candy Crushing.

Moment gives families and couples an opportunity to have a discussion about phone usage and discover how they can tackle these issues together.

“I have absolutely loved this application, and it has saved me so much time.” — Ryker H., a happy Moment user

In the next year, Tim plans to extend Moment’s reach in foreign countries, including India, Brazil, and China, by translating the app’s tools to serve non-English-speaking users.

He also has plans to create more community-oriented features, such as the leaderboard available to friends and family groups, to allow people to tackle this big problem together.

“People want to use Moment in groups,” Tim said. “They like the idea of being able to see how much everyone uses their phone. We see couples and friend groups using the app to commit to spending less time on their phones and more time with one another.”

Moment Offers Guidance in Reconnecting With Loved Ones

Knowing something is a problem isn’t enough to solve that problem. That’s just the first step. Once you’ve identified the issue, you have to change your habits in meaningful ways to make a difference in those trends.

Moment gives users the knowledge and the framework they need to move forward and put down their phones. The app’s tracking tools and coaching features support singles and couples who are committed to unplugging and re-engaging with the people in their lives. The number of app users is growing at a fast rate, and and the company has plans to forever change the relationship between a person and his or her smartphone.

“The more people use Moment, the more engaged they are in it, the more it can help,” Tim said. “It can help make people more psychologically well and improve people’s lives. That’s very gratifying, and we continue to be energized by that.”