The Scoop: While fertility and family planning discussions have traditionally focused on women, men have increasingly become a part of the picture. Male fertility is an issue in one-third to half of couples who can’t conceive children, and sperm counts in men decrease over time. Legacy was developed to provide those couples with more options. The company makes the sperm preservation process less invasive by offering in-home kits for sample collection. Legacy also provides in-depth analysis and tailored recommendations that help men increase the viability of their sperm through lifestyle modifications.

Khaled Kteily never thought about freezing his sperm. Then, one day, he was holding a scalding hot tea in a car when the driver braked suddenly. The tea poured onto his leg, causing second-degree burns and sending him to the hospital.

“He was glad it fell on his leg and wasn’t three inches to the left. But, suddenly, he started considering the potential impacts that freak occurrence could have had on his fertility,” said Sarah Steinle, Head of Partnerships at Legacy, a leader in sperm analysis and preservation.

Around the same time, Khaled’s friend was diagnosed with cancer. Faced with the potential of his own decreasing sperm count, his friend froze his sperm for future use and suggested that Khaled do the same. 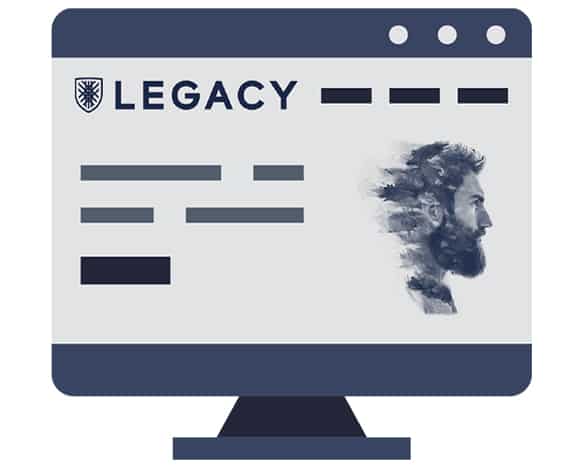 Legacy makes the process of analyzing and storing sperm simple for its clients.

Khaled agreed, thinking that freezing his sperm would make him feel more secure in future family planning, but his trip to the sperm bank was anything but comfortable.

So Khaled developed an alternative that allowed men to provide sperm samples through a kit that they could use in the privacy of their own homes. The solution didn’t include a trip to an impersonal clinic or even a visit with a doctor, and it included in-depth analysis.

After years of planning, Khaled introduced Legacy to the world. The company sends kits to men so they can produce a sample discreetly at home and ship it to a Chicago clinic for collection and analysis.

After collection, the sperm is stored in several banks throughout the country — for redundancy purposes — and Legacy provides men with a detailed report on their sperm’s vitality. The company also makes suggestions about altering lifestyle choices or introducing healthy habits to improve their sperm’s viability.

The Importance of Family Planning for Men

Many heterosexual couples can’t conceive children, but the number is higher than you might expect. One in 7 couples is infertile.

For generations, women often earned the blame for couples’ fertility issues. However, we now know that men are to blame for infertility 30% to 50% of the time. Over the last few decades, the sperm counts of American and European men have been decreasing across the board, but researchers don’t know exactly why.

Some suggest that environmental factors, including toxins and chemicals, play a significant role in diminishing sperm count. Lifestyle factors also play a part. If a man drinks a lot of alcohol, doesn’t eat well, and doesn’t exercise, his sperm count will likely be lower than that of his fitter counterparts.

What’s undisputed, though, is that men have similar biological clocks to women. Every year, a man’s sperm count decreases, making his sperm less viable. Over time, other problems, including health issues, can also diminish sperm health. 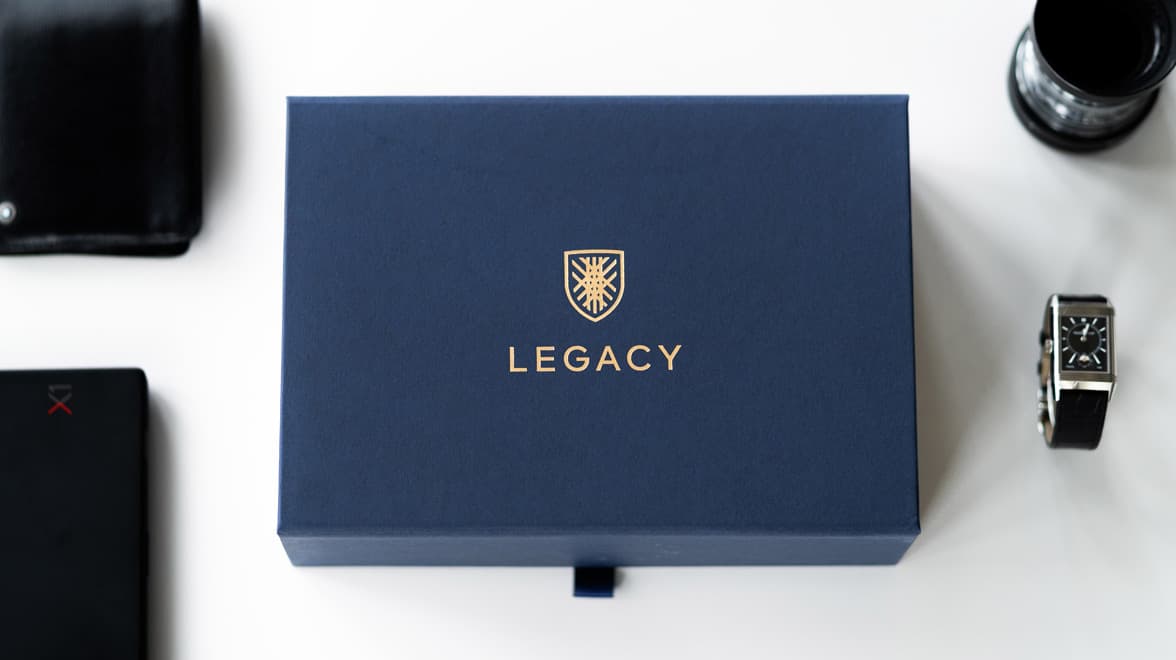 Legacy testing kits allow men to provide samples comfortably in their own homes.

That’s why Khaled made Legacy much more than just a sperm-freezing service. The company also analyzes the quality of a man’s sperm and provides him with recommendations that can improve vitality.

Each client who completes a kit fills out a questionnaire addressing his lifestyle choices. Later, at the lab, scientists study sperm count, motility, and morphology. Combining that information with current habits, Legacy can make recommendations that help men have healthier sperm.

“We assessed more than 50 data points and put it together in an easy-to-read report,” Sarah told us.

“Now, women are also looking for the same option for their male partners,” Sarah said.

Though many women have suggested that their male partners use Legacy, that isn’t the only way men find the company. Men freeze their sperm for other reasons, as well.

“We have the reactive group, or men doing it out of medical necessity. Maybe they’re undergoing cancer treatment or surgery, or they are experiencing fertility issues,” Sarah said. “Another is the proactive group. These men are thinking about their fertility or perhaps are in same-sex couples and will need a surrogate.” 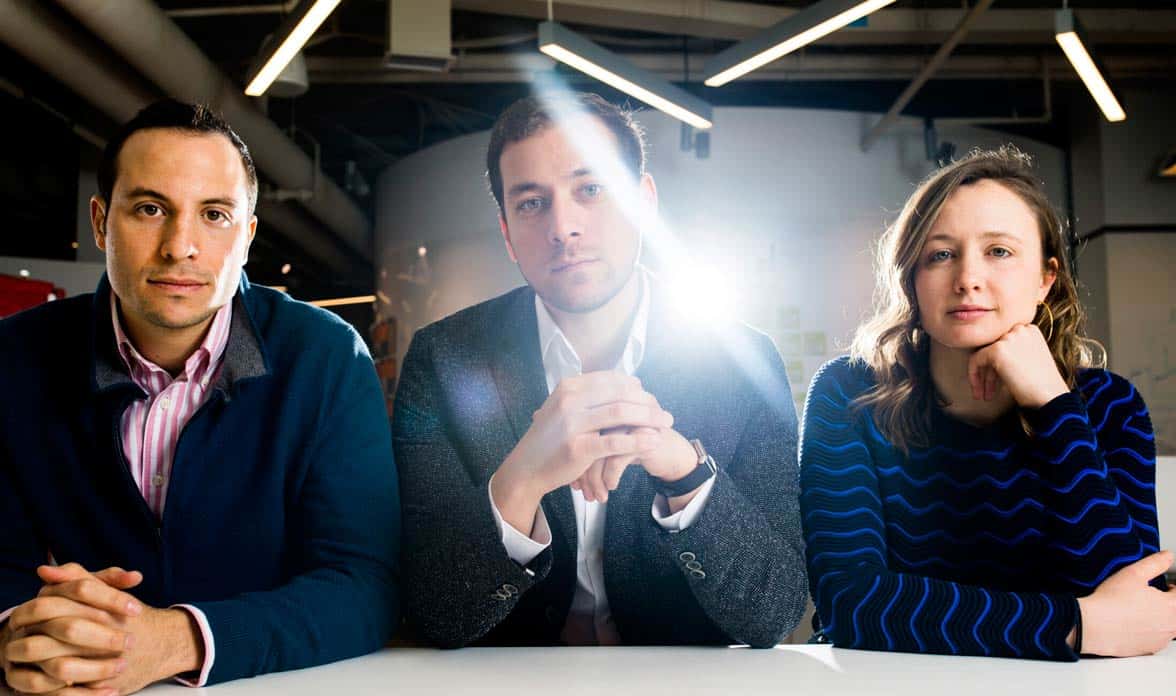 Men often turn to Legacy for cryogenic needs because the company simplifies the process and makes it more comfortable. The Legacy team provides responsive and personal customer service, and each client has an adviser who guides them through the entire process.

“Our main goal is to make our clients feel supported,” Sarah told us.

When a client orders a kit online, the company ships it out on the same day, ensuring that it will arrive at a client’s home quickly. The client can produce the sample at his leisure, and mail it back to the clinic for analysis and storage.

Legacy™: The Gift That Continues to Give

Many men receive a Legacy kit as a gift from their partners who want them to start thinking about family planning, but other men are given a kit from perhaps a more surprising source: their family members.

“I love when I get a chance to speak with grandparents or parents who are interested in purchasing this for their grandsons or sons,” Sarah told us. 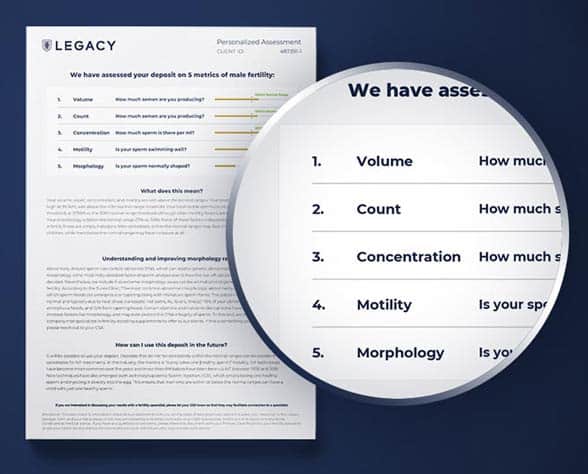 Many of these relatives view Legacy as one of the best gifts they could give: a chance for the recipient to pass on a legacy.

“What better gift than ensuring your future family?” Sarah said.

Legacy’s focus on quality, security, and privacy have helped it develop a sterling reputation in a short period. The company also emphasizes efficiency; a man’s sample is processed and a report created within 48 hours. Further, Legacy focuses on redundancy by splitting a single vial into multiple samples stored at multiple banks. That provides clients with the type of peace of mind they came to Legacy searching for.

Sarah said that the Legacy team is satisfied with the product and high-quality service they provide. They also know that they’re helping single men and couples feel more prepared for their futures.

“I feel good about going to work every day because we were having a direct impact on the lives of our clients,” she told us.