The Scoop: For the past 35 years, the Latino Theater Company has delivered thought-provoking performances to individuals, couples, and families in Los Angeles. From lighthearted musicals that explore everyday life to complex plays that discuss cultural identity, the Latino Theater Company aims to inspire dialogue about social issues. Additionally, the company performs in a historic space built in 1916 and updated in 2007 that’s perfect for celebrating special occasions. For its socially-conscious shows and atmosphere that elicits emotion and conversation on date night, the Latino Theater Company earns our Editor’s Choice Award.

The Theatre Center is eight stories and includes five theaters, rehearsal spaces, dressing rooms, and a grand lobby, which is the building’s centerpiece. It has high ceilings, antique skylights, and a stunning staircase.

The atmosphere draws drama-loving couples, and they enjoy Latino Theater Company performances that spark conversations about social issues. As the company’s name suggests, it produces shows centered on the Latino experience — both in the United States and around the world.

Some couples are such big fans of the theater, they’re inspired to propose — or even get married — there.

“We have a grand staircase for the bride or the couple to come down,” said José Luis Valenzuela, the Latino Theater Company’s Artistic Director.

José shared the story of a friend who wanted his marriage proposal to be as dramatic as a theater performance. José knew that he and his company could make the proposal memorable, so he asked his friend to send photographs from his relationship and tell him the couple’s song.

His friend accompanied his girlfriend to the theater for the proposal. When she walked on stage, a spotlight turned on, her song began to play, and he asked her to marry him.

“We displayed the photographs, and rose petals were coming out of the ceiling. When she said, ‘yes,’ all of their friends were hiding in the theater, and we had waiters come out with champagne — it was phenomenal,” José said.

For the last 35 years, the Latino Theater Company has had many of the same actors — one of whom is also a playwright — as well as José as their artistic director. And its goal has remained the same during that time.

“We have always wanted to tell our stories from our point of view,” José said.

The theater produces many plays that present a social message. Whether it hosts a performance that was written in-house or brings in a traveling production, the theater wants to challenge and excite audiences with its choices. 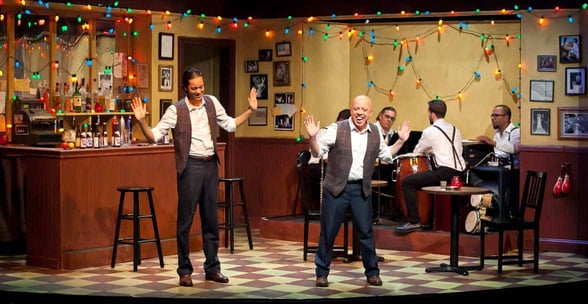 The company’s performances bring in a younger demographic than that of many theaters throughout the country.

Perhaps it’s that focus on producing bold theater that has given the Latino Theater Company a slightly different demographic than other theaters in Los Angeles — or around the country.

The company’s location in downtown Los Angeles also draws in many audience members. A half a decade ago, the city’s downtown area began to grow more populated. Since then, the area’s population swelled by more than 50,000 people. Those new residents wanted to live in an urban area close to restaurants and other amenities, including entertainment — and the theater is right in the middle of that growth.

“Most are between 30 and 45 years old with a high level of disposable income,” said José. “We have the best audience in the world.”

The Latino Theater Company aims to change points of view about particular demographics, and that is evident when it chooses shows for its regular season.

“One of the big reasons we have the company is that we feel the theater can communicate ideas and destroy wrong thinking about different cultures. If you are African-American and you come into the theater and see a Latino play, you may think that we’re so alike,” José said.

Each year, the Latino Theater Company presents five plays during its fall season and another five during the spring. That schedule includes both plays that the company writes and produces, as well as shows from visiting artists.

In 2020, for example, the company will put on “FOUND: A New Musical” based on the true story of a man who finds lost notes and publishes them in a magazine. The musical is a “raucous exploration of human connection and the beautiful weirdness in all of us,” according to its description. 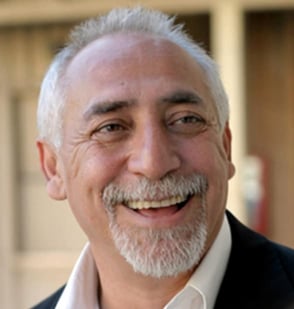 Artistic Director José Luis Valenzuela spoke with us about the group’s mission.

The company also plans to present “Just Like Us,” a play about young DREAMers — undocumented immigrants brought to the United States by their parents — who face an uncertain future in the country.

“We’re also doing a play from Mexico about relationships between indigenous transgender males, which is fantastic,” José said.

The theater also hosts two shows put on by traveling theater artists. Spanish performer Marta Carrasco will perform a one-woman show about growing up as an artist in Spain. The Water People, a theater troupe from Chicago, will perform a play about a young couple who learn about relationships and how to care for one another.

Rather than just heading to the theater and then going home, couples who attend a Latino Theater Company performance have plenty of reasons to stick around after a show.

“We have coffee shops and bars around us, and our guests make a whole evening of it. You can leave the theater and have some amazing food. Some of the best restaurants in L.A. right now are in downtown Los Angeles,” José said.

If you’re in the mood for Japanese food, for example, you could check out the nearby Kai Japanese Roots. Or, if you’d prefer Italian, you could try Cicada. Both are within walking distance of the theater.

After the show, you and your partner can stick around to discuss your thoughts at the theater’s bar. Or you could head to the nearby Spring Street Bar or The Love Song Bar to continue the discussion.

It’s that dialogue that’s most important to José and the other company members.

“In Los Angeles, different cultures of people meet and get to know each other. Our mission is to create a dialogue because that helps people become much more engaged on a personal level and have a dialogue that’s important for them,” José said.

Instead of performances that just entertain, the company intentionally brings in plays that teach people about contemporary concerns.

“Theater should be thought-provoking and create a dialogue about important issues. People like to come to talk about the issues in their lives and relationships,” José said.