The Scoop: For the last 23 years, La Guarida Restaurant in Havana, Cuba, has created an inviting and magical atmosphere where couples can savor good food and special moments. Time itself seems to slow in this old-world restaurant, and couples can linger for hours over an elegant three-course meal. The historic building and authentic food charms people from all walks of life. As a world-class fine dining restaurant, La Guarida is a popular date spot among romantics seeking a reprieve from the hustle and bustle of the city.

Visiting Havana can be a whirlwind experience full of cocktails, cigars, and salsa dancing. You can crisscross the city visiting museums, theme parks, car shows, historical monuments, and waterside getaways. But, at the end of the day, it’s nice to slow down and enjoy a classic meal prepared by Cuba’s finest chefs.

Such an upscale dining experience can be found at La Guarida Restaurant, a popular Havana haunt for locals and tourists alike. A married couple started this restaurant in 1993, and it has become a staple in the Cuban culinary scene. 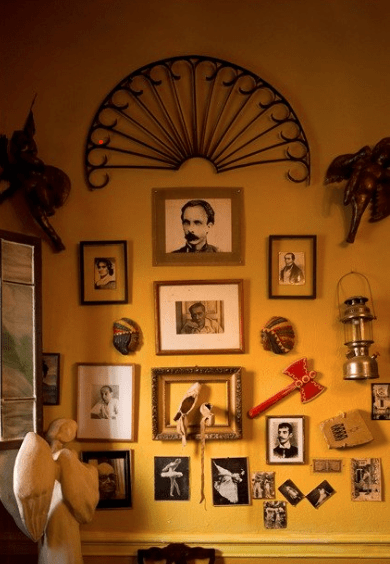 La Guarida impresses guests with its unique food and decor.

La Guarida, the word for hideout or lair in Spanish, is a family-owned establishment that has a quaint, timeless charm rooted in Cuban culture and history. The restaurant itself is housed in a multifamily building on Calle Concordia in old Havana. After climbing up a winding stairway, the old building opens up onto cozy dining rooms with chandeliers and walls decorated with artwork and memorabilia.

In some rooms, large picture windows frame the city, and diners sit at the tables on the balcony when the weather is nice.

From the moment you enter La Guarida, the paladar, the Spanish word for a restaurant run out of a private residence, delights the senses with its savory entrées and eye-catching desserts. Couples can treat themselves to a delicious meal in a quiet atmosphere away from Havana’s crowds.

Since opening its doors, La Guarida has wowed customers with its one-of-a-kind menu and personable service. Whether you’re on your first date or celebrating an anniversary, this restaurant can provide the perfect finishing touch to any date night. Our dating experts consider La Guarida a must-visit date destination for couples in Havana.

“La Guarida is a place that for 23 years has managed to stay in the public’s good graces,” said the restaurant’s owner. “We have been able to grow and adapt to the constant challenges of Cuban reality, without losing our initial concept and with the same illusion of the first day.”

Make a Reservation at a Timeless Paladar

La Guarida is a beloved lunch and dinner spot in Havana, and its tables tend to book up quickly. You’ll definitely need a reservation if you want to get some of the best seats in the house — like a quiet table on the balcony. You can book a table online or call the restaurant directly to make a special request. 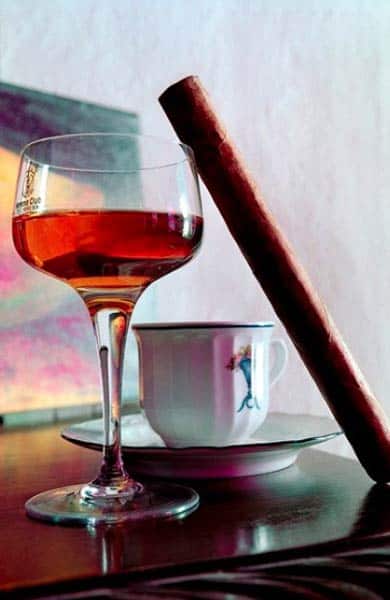 The waiters, hostesses, and managers set the tone for the restaurant, and the leadership team sees to it that every staff member becomes an expert on the cuisine and can answer guest questions about anything on the menu.

“For La Guarida, the most important thing in the staff is that they have class and education,” according to the restaurant’s owner.

Top-notch service is the foundation of La Guarida, and that tradition of excellence has made the restaurant what it is today.

Many of La Guarida’s clientele are regulars who have been coming to the restaurant for birthdays, anniversaries, and other special occasions for years. Sometimes tourists and international businessmen head to the restaurant to dine in style and still enjoy the unique flavors of Cuba.

La Guarida turns dinner into an elegant affair where couples can share decadent specialties while drowning in each other’s eyes.

If you’re planning a stellar date night, the La Guarida staff recommends trying the papaya lasagna or eggplant caviar for an appetizer, and then digging into the Caymanian snapper, and finishing with the chocolate tres leches. These indulgent dishes are sure to make daters appreciate the sweet things in life.

An Intimate & World-Class Atmosphere for a Date

As a landmark restaurant in Havana, La Guarida has seen many high-profile guests over the years. Celebrities like Natalie Portman, Jay Z, and Helen Hunt have graced the humble paladar and praised its dishes. The restaurant has also played host to presidents, queens, kings, and some of Hollywood’s biggest stars.

Honestly, though, everyone who comes to La Guarida is treated like a VIP. The wait staff makes an effort to get to know people and offer a world-class dining experience to newcomers, regulars, and everyone in between. Whether you’re local to Havana or just visiting for a weekend, you’ll instantly become part of La Guarida’s extended foodie family when you reserve a table here. 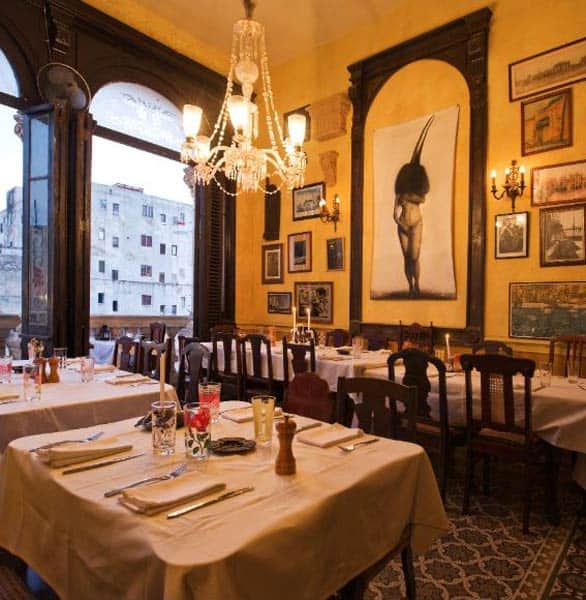 Dozens upon dozens of couples have chosen to celebrate life’s milestones at La Guarida. Some have whispered sweet nothings over dessert, and some have even been swept up enough to get down on one knee and propose.

“Something magical happens in La Guarida,” said La Guarida’s owner reflectively. “In all these years, there have been countless declarations of marriage. For those couples, the preferred tables are on the balcony because dining in a private spot in the moonlight can move people to become more romantic.”

“The overall effect is addictive, like a vintage Cuban film set,” said a TripAdvisor reviewer from Switzerland. “It feels like a sanctuary in the middle of a war zone.”

“The food was simply amazing. We were both blown away,” said RossBlake, who took his girlfriend to La Guarida one rainy evening. “The staff were friendly and genuinely delightful… worth the cost [and] worth the hype.”

Thanks to its delicious food and soft music, La Guarida has become the backdrop for countless love stories, and the owners say it is an honor to see so many happy couples, friends, and families create lasting memories here.

La Guarida has come a long way since opening its doors in 1996. The couple who started the restaurant envisioned it as a place where people would come together over great food, and their passion has added zest to Cuba’s culinary scene. Today, the restaurant continually develops new recipes and updates the menu to reflect the latest food trends.

As a way of giving back to the community, La Guarida’s team also plans to run cooking workshops for local youths, so they can train the next generation of chefs in a state-of-the-art cooking laboratory.

Over the years, La Guarida has welcomed and served many different types of people, and it has become particularly popular among couples in search of a romantic evening. The sophisticated cuisine, impeccable service, and vintage decor can excite and satisfy couples who have a taste for the finer things in life.

“It is a place that allows visitors to understand our city in three different times,” La Guarida’s owner said. “We are anchored in its history, marked by its daily life, and hopeful for its future.”

Eristica: Couples to Challenge Each Other Through Dares
See All News »
Movers & Shakers