The Scoop: Many individuals and couples have to find a therapist and book an in-person counseling session to learn about mindfulness and positive psychology. But the scientists behind Happify Health believed that there were too many barriers preventing people from accessing these services, so they developed an app to help everyone access mental health tools. The Happify app makes mental health techniques more accessible by combining psychology with gamification to create activities users enjoy. According to the experts at Happify Health, when people improve their mental health and mindfulness, they can focus on spending more quality time with their loved ones.

A decade ago, psychologist Acacia Parks knew that mental health counseling could benefit more people, but many barriers prevented access. One barrier was that there weren’t enough therapists available. Another was that many people lived too far away from a therapist’s location to drive to an appointment. Other people didn’t have insurance plans that covered therapy.

“In 2010 or 2011, I was obsessed with taking this science-based knowledge and getting it to people, and technology wasn’t being leveraged the way it is today,” Acacia told us.

She tried her best to design a website that would allow people who wanted to improve their mental health to engage online. But the web-based happiness intervention wasn’t engaging enough. It didn’t entice people to practice the activities that would help improve their moods and behaviors.

“We were trying to use the internet without knowing how engagement worked,” she said.

Then she shared the website at a conference and told the group that new technologies could solve the problems of limited access to therapy. By happenstance, web entrepreneurs who’d founded a gaming company were in the audience.

They knew how to build games that engaged people, but they didn’t have the mental health science aspect to create a product. So they teamed up with Acacia to form Happify Health, and introduce an engaging app that connects people with mindfulness and mental health resources.

Acacia found a perfect match to produce the online engagement she was seeking, and entrepreneurs Tomer Ben-Kiki, Ofer Leidner, Andy Parsons, and Rick Held offered the technology the project needed to help people struggling with their mental health.

After years of planning, research, and development, the Happify app officially launched in 2012 and changed the way people access research-based mental health tools.

“Happify Health was born to combine gamification and high engagement with the science of mental health,” Acacia said.

Learn How to Pay More Attention to Partners & Loved Ones

Over its eight years in operation, Happify Health has attracted a large following of people of all ages. And though older people may use the Happify app differently than younger people, they all benefit from its services.

Some users want to become more connected to their work or find meaning in their love lives, while others are looking for more tools to manage stress. Many users turn to Happify because they want to improve their relationships with family members or significant others.

When users get started with Happify, they answer a series of questions about their situation. Then, the app will recommend that they start on one of its tailored programs addressing that particular issue.

“It’s a matter of finding out what their situation is and directing them to a program for that. We have more than 60 programs designed for different situations,” Acacia said.

No matter what program users choose, the activities are science-based and entertaining. The app uses a combination of three psychological approaches: mindfulness, positive psychology, and cognitive behavioral therapy.

Let’s say someone wanted to feel more connected in a relationship. A mindfulness-focused technique to help address that may be to savor experiences together and pay attention in the moment.

A cognitive behavioral therapy approach would be slightly different.

“If your partner did something to hurt your feelings, it might be more about understanding their perspective and finding empathy. You may be blaming them for something,” Acacia said.

“Everybody has a different perspective of what feels right for them,” Acacia said.

In stressful times, Happify app users can find ways to cope and decrease their stress. For increased anxiety, users can sign up for one of the app’s free programs, “Managing Stress in Uncertain Times.”

Positive psychology coach Derrick Carpenter created the program to give users a sense of certainty despite the turmoil in the world.

For instance, users fill out a Silver Lining moment sheet, which asks them to identify something good or positive that happened that day.

“Finding the good in a less-than-ideal situation can help lower your anxiety,” according to the course. 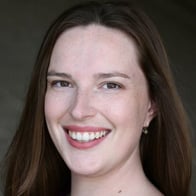 Psychologist Acacia Parks Founded Happify Health to bring resources to those who needed them.

They’re also guided to a Serenity Scene, where they can destress with two-, five-, or 10-minute guided meditations that include ambient sounds. Other tools include a Bedtime Wind-Down, a journaling exercise called What’s Your Worry, and a Count Your Blessings activity in which users can write down what they’re grateful for.

“A lot of our techniques are designed to help people deal with uncertainty,” Acacia said.

Even if users don’t have anxiety or depression, Happify offers activities that can teach them strategies for coping with mental health struggles before they arise. For instance, how to elevate their mood naturally before they become depressed.

“There is value in working on your mental health. Whether there’s a problem that makes you want to do it or not,” said Acacia. “With Happify, you don’t have to make an appointment; you can do things when it’s convenient.”

Happify Health: Your Improved Mood Can Impact Others

Acacia said she’s encountered some people who think that working on their mental health is self-involved. They think they should be expending more energy on their children or spouse, but that attitude can be misguided.

“Mood is contagious, especially to the people you live with, but also people you work with or interact with. People sometimes feel like it’s selfish to work on themselves, but working on yourself is like working on your relationship,” she said.

One of Happify Health’s biggest differentiators is that it encourages people to focus on what’s going well in their lives and start thinking more positively.

“When we’re angry, we want to lash out. We’re not thinking about the big picture or about what other people are thinking. Positive emotions give us space to troubleshoot and solve problems, and things you can’t deal with in crisis mode,” she said.

Acacia said she is satisfied that the Happify Health accomplishes its mission: providing mental health and mindfulness resources to everyone. Recently, Happify reached 3 million members, and it continues to diversify its offerings to achieve more specific outcomes.

But what’s most exciting to Acacia is that she said she sees her research put into practice.

“I would see millions of dollars of funding test something that would never see the light of day. I found that so sad. I remember when I decided to work with Happify Health full time. When the founders and I were sitting together, we hit 1 million users. That’s action,” Acacia said.