The Scoop: At a time when most people spend hours staring at a computer screen and scrolling through social media, it can be hard to break away and have some creative, interactive fun in the real world. That’s where FIGMENT steps in. The nonprofit hosts free art events that encourage participation from visitors. Founded in 2007, FIGMENT has grown dramatically over the years and provides opportunities to connect and engage with family, friends, partners, and the other important people in your life.

The world was a different place in 2007, when FIGMENT. The first iPhone had just been released, and very few people actually owned a smartphone. Today, of course, it’s a different story.

“Where we’ve come 12 years later is whether you’re on the subway or on the street, mostly every person is staring at a phone. People are spending so much time alone, so much more time looking at screens and ordering in,” said David Koren, Executive Producer of FIGMENT. “Bars used to be guaranteed profitable businesses, and they’re not anymore. Retail space is 25% to 30% vacant in New York City. The world has changed a lot in the time FIGMENT has been around. Now, we want to get people away from the screens and out and meeting other people, to include something positive that’s good for them and good for the community.” 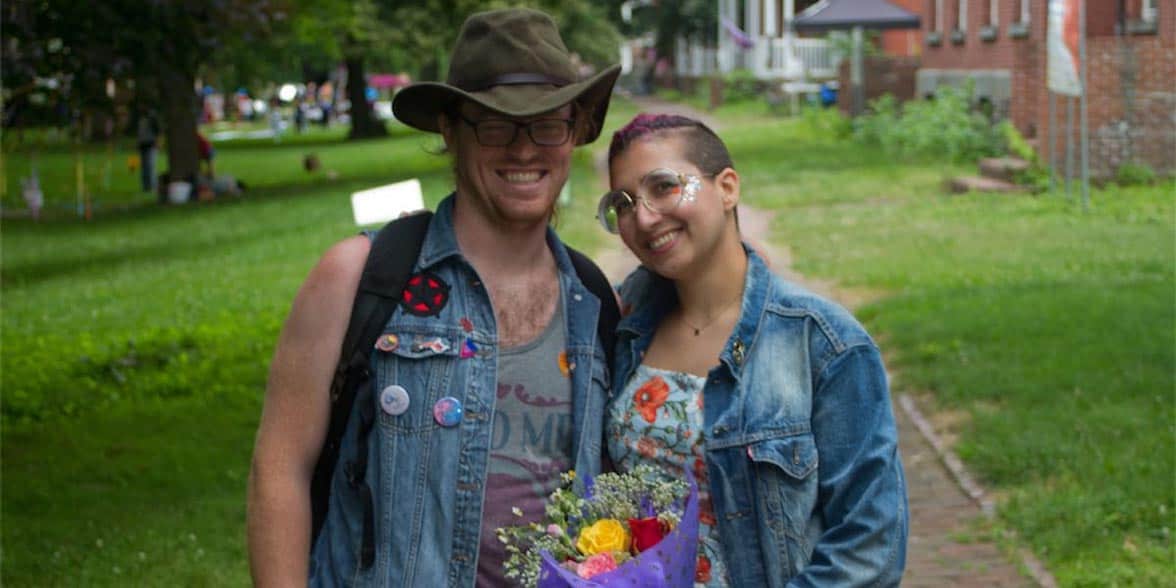 FIGMENT allows people to enjoy art and bond with others. Photo by DanielRose.webs.com.

FIGMENT is a family-friendly arts event drawing tens of thousands of people to U.S. cities each year. The method is simple: Create interactive art exhibits, encourage people in the city to install their own interactive art exhibits, and then let participants loose on the fun. It’s a free event, with no corporate sponsorship, so it’s just about getting people to come together through the connective powers of art.

Roosevelt Island, New York, hosted FIGMENT NYC June1-2, 2019. Some 130 projects were set up for participants to interact with, and volunteers and artists were busy with the final preparation for the event.

“One piece that will always be there is our annual pavilion, which is the result of an international design competition. The theme this year was ‘Salvage Swings,’ and it came from two professors from the University of Arkansas who won that design competition,” David said. “There was an artist from Switzerland with an installation of 10-foot diameter, round balloons. He wants to install 300 of them on Roosevelt Island this year or next, and he worked on a test installation of nine balloons for FIGMENT NYC.”

It Started in 2007 as a Festival on Governors Island

The concept for FIGMENT started when David first went out to Governors Island, a former military base 800 yards south of Manhattan Island that was decommissioned in 1968. Governors Island had been turned over to the Coast Guard and closed in 1996. By 2003, the island had been transferred to the City of New York, but nothing was really happening when David first visited.

“I went out there in 2005 and saw this 172-acre abandoned military base, which was honestly quite creepy. I thought, ‘This needs to be a place for the arts,'” he said. “So, we created an arts festival that was unlike anything that had been done in New York before, or at least in 30 years. That was a participatory arts festival, one that was free and open to anyone to bring art projects. By doing that, we were hoping to create something new in New York. We were trying to make this island, which was now available to New York City, as a place for the arts. It was successful.” 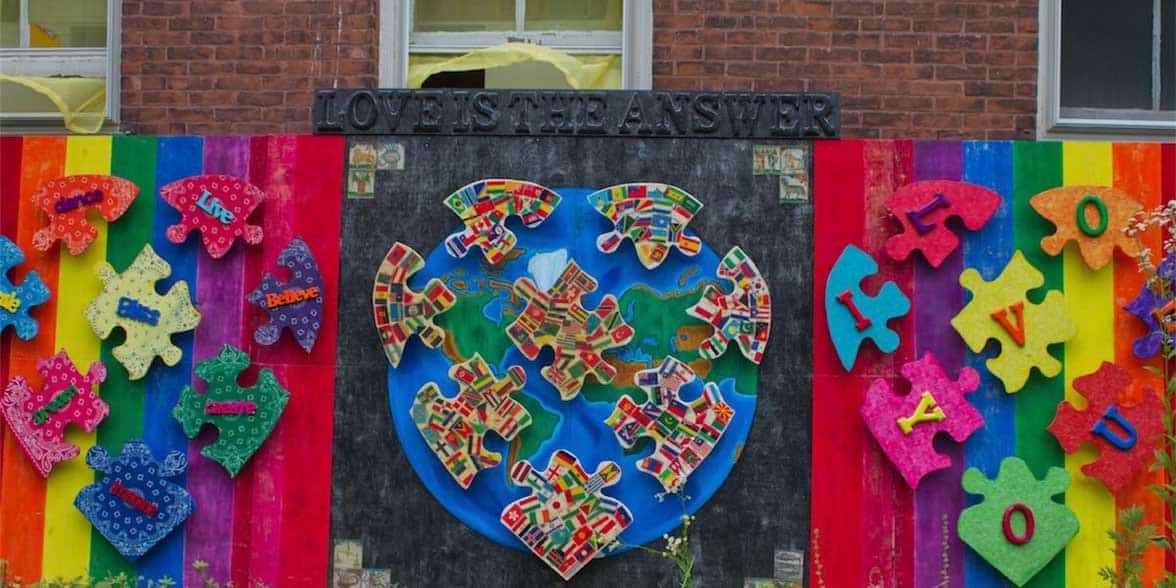 You’ll find all kinds of art at a FIGMENT event. Photo by DanielRose.webs.com.

Since then, the island has attracted other events that vie for free public space. And New York City officials announced plans in 2018 to begin developing Governors Island as a new luxury glamping site, and build a hotel and convention center there. The island’s growing popularity, competition with commercial uses, and shift in priorities from visitors to development has made it harder to hold the FIGMENT event there. When FIGMENT began, there were just 50,000 visitors to Governors Island. Today, there are more than 800,000 visitors every year.

Back in 2007, it was the end of what the locals knew as “the warehouse party era.” The underground nightlife scene was huge, with plenty of interesting, artistic elements. There was also a strong component and connection to the Burning Man festival, which takes place annually in the desert of northwest Nevada.

“When we started FIGMENT, we were trying to get the ravers to come out during the day and make art during the day. That was also successful,” David told us. “There were lots of hula hoops and techno music in the early days. We learned then that no one loves techno music and hula hoops more than 4-year-olds, so it really became this thing that is for people of absolutely all ages. We want every project done at FIGMENT to appeal to people of all ages.”

FIGMENT has been run by volunteers through the years. The single employee, Emma, is the Global Community Manager. Everyone who works with the event loves the idea of sharing interactive and participatory art with their community.

“I’ve always been a volunteer, and these are people who really believe in the community they live in and want to bring people together to bring down barriers, to create and play together,” David said. “Our society divides people so easily in so many different ways. There is profit to be made by keeping people apart, but we’ve created a free event that brings people together and those people create and share together. Our team members get that and are about that, reaching out to people who are different than them and bringing everyone together. Some team members are organizers, and some are production-oriented and become artists. Because, ultimately, we’re all artists. We’re all creative, and it’s something we can each access within ourselves.” 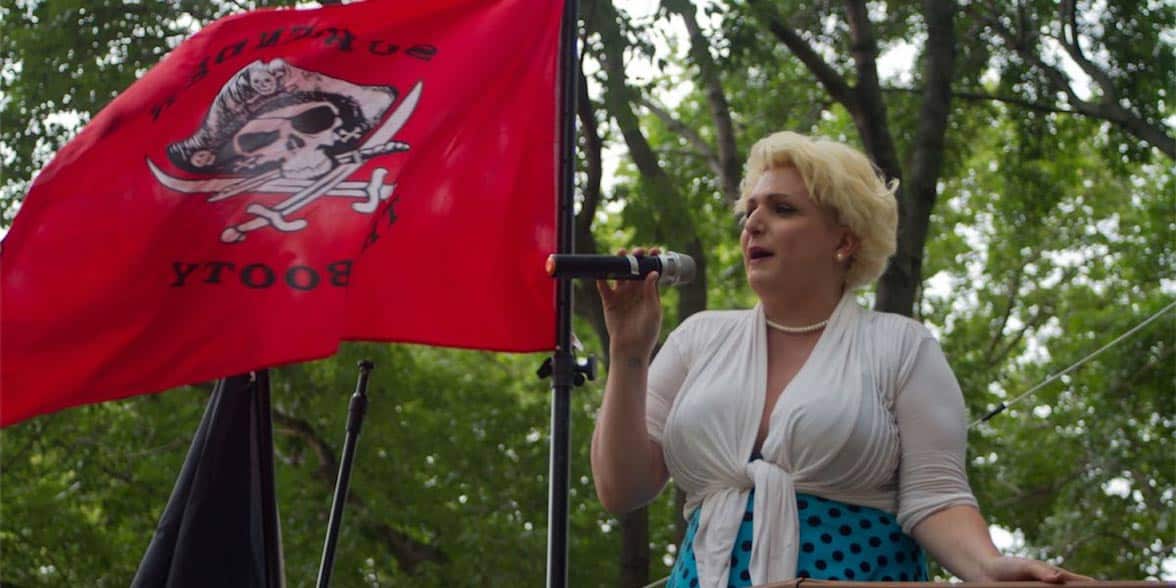 FIGMENT is made possible by dozens of volunteers. Photo by DanielRose.webs.com.

The event, which has become an annual tradition for thousands of people living in and around the New York region, is now held on Roosevelt Island.

“The best quote about FIGMENT was in an article in BBC Travel in 2012. It read, ‘If FIGMENT were a country, it would be the happiest in the world, and I would apply for citizenship immediately,'” David said. “Our tagline for FIGMENT used to be ‘What are you bringing?’ because we all bring something. And what you bring can create a more profound and rewarding experience for everyone.”

David encourages everyone who attends FIGMENT to get ready to engage with and meet new people. It’s designed to be so much more than just something to look at from afar.

“You get out what you put into it. If you participate by showing up and bringing a project, you’ll get so much more out of it than if you just show up and spectate. So much of our culture is a spectator culture because it’s profitable,” he said. “It’s harder to make something, get it out there, show up, and create an experience to other people. But when you do, the results and the rewards are phenomenal.”

FIGMENT Can Be an Engaging Date for Couples

Over the years, FIGMENT has served as the backdrop for two weddings, and that’s no surprise to David. He’s been married for 14 years, and he met his wife at Burning Man. They connected around the participatory art at the festival, so he knows how engaging and memorable the interactive art experience can be.

“It’s the idea that people can engage together. We’re all getting things from each other,” he told us. “I remember when I was dating, and you go through a formulaic process of identifying people. It’s great to really break out of that box and really see each other. This is a place where you encounter new stimulus that’s interesting, scary, compelling, and things you do want to do, or don’t want to do. You’re able to communicate around that and thereby create a path together and learn who this person is. 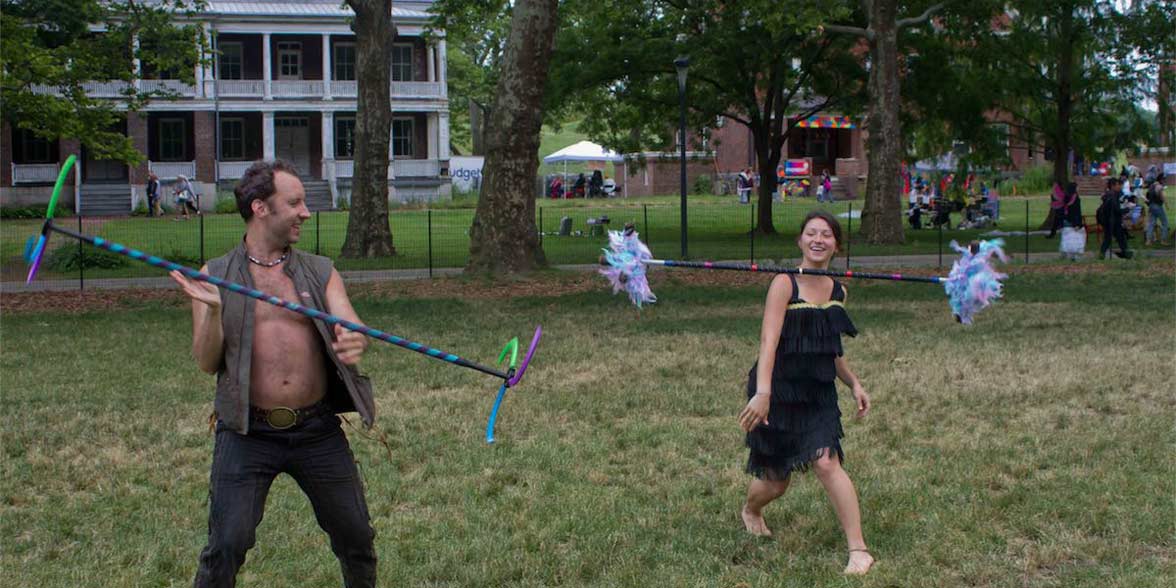 Thousands of people attend FIGMENT every year, so you’re sure to make some new friends. Photo by DanielRose.webs.com.

“It’s more authentic and real than what dating is normally like,” he continued. “It’s no surprise that so many people meet each other through work because you’re engaging together. FIGMENT is a way to engage together, to form bonds and build community and teach people new things. It’s so many different things in so many different ways.”

As the team looks back on the 2019 event and finalizes future events, the longer-term goal is simply to continue to create a free, memorable art experience for the community.

“People are utilizing technology to meet new people, and there are fewer opportunities to meet in reality,” David said. “As a people and a species, we need to turn the tide and acknowledge and appreciate each other again. So, if we have a larger goal, it’s just to be a part of that process and work to just bring people together and create positive interactions in real space for people.”