The Scoop: When former Patriots quarterback Drew Bledsoe finished his successful NFL career, he moved back to his home city of Walla Walla, Washington, to pursue his next passion — opening a winery. At the time, the city in the eastern part of the state was just starting to gain a reputation for producing some of the most sophisticated wines in the country. Drew named the venture Doubleback in reference to his journey away from and back to Washington. Now, couples from all over the country visit Doubleback for its immersive vineyard tours and private wine-tasting experiences. For its romantic appeal to wine-lovers, Doubleback has earned our Editors’ Choice Award.

Walla Walla is located in the eastern part of Washington, and, unlike the western part of the state, the region is known for its warm weather, long growing season, and rich soil.

That climate offers an ideal environment for growing grapes and making wines. That’s why Walla Walla has become home to more than 180 wineries in the last two decades. The region is particularly known for its syrah, a full-bodied, dark red wine, made from deep purple grapes. Many consider the Walla Walla Valley one of the best syrah-producing areas in the United States.

In the region now known for its wineries, one of the most successful producers is Doubleback, a vineyard founded by former NFL quarterback Drew Bledsoe and his wife Maura in 2008. The winery produces high-end wine and allows couples to take memorable private tours of its property.

Alex Ponnaz, Tasting Room Experience Manager at Doubleback, suggested that a tasting experience at the winery is different from those visitors can find at other wineries in the Walla Walla region. He noted that the atmosphere at Doubleback is akin to what you might find in Napa Valley — one of the most famous wine regions in the country. 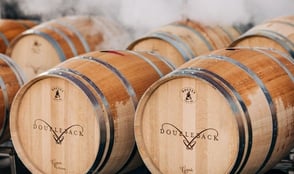 “If a couple comes in, there’s typically no one around but them and me,” he said. “It’s a pretty upscale experience for Washington.”

Couples from the Pacific Northwest — and around the United States — often take trips to the Walla Walla region to sample its high-quality wines. And those who want to secure a tasting at Doubleback can call or email to book a tour in advance.

Then, they can enjoy a private tasting and tour of the vineyard with Alex. He’ll also share his extensive knowledge of the wine-making process.

For offering romantic tours and quality wines in the picturesque Pacific Northwest, Doubleback has earned our Editors’ Choice Award.

Drew Bledsoe: From Quarterback to Winemaker

When Drew Bledsoe was growing up in Walla Walla, there were only a handful of wineries.

“Our town used to be known for sweet onions and the penitentiary,” Alex said with a laugh.

In 1992, Drew left Washington State University to play quarterback for the New England Patriots, a position he held for the next 14 years. But he always kept up with his hometown, and watched as more vineyards popped up over the years.

“He realized his town could create beautiful wine,” Alex said. 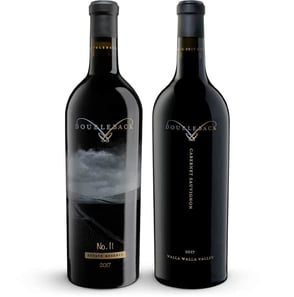 Eventually, Drew developed a dream of opening his own vineyard. When he retired from professional football in 2007, he returned to his hometown to develop his winery. Essentially, he “doubled back” to his hometown; he left and then returned, which is where the vineyard got its unique name.

He opened Doubleback in 2008, and hired experienced wine producer and Walla Walla native, Josh McDaniels, to be the vineyard’s President and Director of Winemaking. And Josh helped turn Drew’s dream into reality.

Now, 12 years later, Walla Walla is known as one of the country’s premier grape-growing regions, boasting more than 180 wineries. Drew and Maura have turned Doubleback into one of the best-known of those establishments, creating sophisticated wines that attract a passionate crowd.

Its products have earned plenty of accolades. The Seattle Times ranked Doubleback’s 2007 debut cabernet sauvignon number 17 in its top 100 Washington state wines, and the winery has been named to Wine Spectator’s Top 100 List.

When couples arrive at Doubleback, they’re in for a memorable experience. Alex makes personalized welcome messages, like “Welcome Daniels party” or “Welcome Smith party” to greet them as they drive up.

After they climb out of their car, Alex brings them a chardonnay or a rosé and leads them into the tasting room. Inside, they enjoy an inspiring view of the Blue Mountain foothills, visible through its floor-to-ceiling windows.

Before a tasting begins, couples tour the vineyard grounds while Alex explains the processes and roles in winemaking.

“We might talk to the winemaker and different cellar hands. Everyone who works here is happy to share what they do. It’s very collaborative,” Alex said. 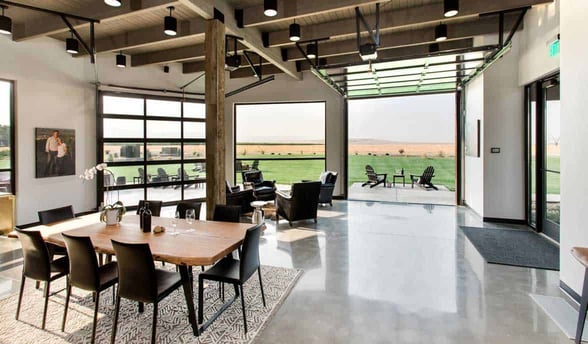 Depending on the couple’s level of interest, Alex sometimes takes them to the wine cellars where Doubleback produces wines in stainless steel vessels as well as three Italian concrete fermentation vessels. There, he talks about what concrete aging does to a wine and answers questions about whatever wine-making processes interest the couple.

“And I’ll give them a sample from a barrel,” he said.

Doubleback has four estate vineyards, and ech of these grape orchards are unique, with their own soil composition, elevation, or valley microclimate. Those subtle variations allow Doubleback to produce unique variations.

“We are all about sustainable growth. We plant about five acres of new vines in our four estate vineyards,” Alex said. “We want to grow, but we don’t want that growth to be so fast it would reduce the quality of wine or force us to cut corners in our operation.” Alex said.

Ever since Drew Bledsoe made his dream of producing award-winning wines a reality, couples have been flocking to Doubleback to taste and purchase its products. Though the wines are certainly sophisticated, the vineyard strikes a balance between an upscale experience and a welcoming one.

“We tend to draw serious wine drinkers, but I try to make everyone feel welcome, especially if they’re intimidated by wine,” Alex said. “Our demographic is skewed to middle age and late middle age. But if a couple is 25, I will treat them just as well as anyone else.

The vineyard’s impressive success over such a short time is the product of a labor of love from Drew, Alex, and the Doubleback team. They said they all believe that fine wines are about experiencing nature, relationships, and fine conversation, and they’re proud to be able to contribute to that mission.

“The success of Doubleback makes us feel accomplished, grateful, and enthusiastic. Both vision and hard work made the Doubleback project, as well as the unique winery, scenic tasting room, and world-class wine quality,” Alex said.