The Scoop: Straight couples have many forms of contraception to help them avoid unwanted pregnancies, but many of these techniques put unnecessary burden on women. The Bimek Sperm Lead Valve flips the script by giving men a simple and safe way to temporarily sterilize themselves. Once implanted, this spermatic duct valve stops sperm from leaving the body and impregnating a woman. The valve can be opened from outside the skin when couples wish to have a child together. Once the woman becomes pregnant, the valve can simply be closed again. (Note: Sperm will remain in the man’s ejaculate for about three months after closing the valve.)

Clemens Bimek was a humble German carpenter turned inventor in 1998 when he started looking for a male contraception method that would be more effective than condoms but less extreme than a vasectomy. He walked by a vasectomy clinic every day on his way to work, and he couldn’t help but think there had to be a simpler way for men to prevent pregnancy.

Driven by curiosity, Clemens bought a 200-page book about contraception. Only 15 pages of the book discussed contraceptive techniques for men. The rest of the book was all about what women needed to do to avoid pregnancy. 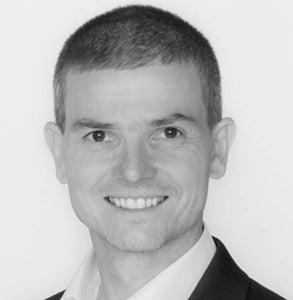 Clemens Bimek spent a decade designing the Bimek SLV, and he tested the prototype himself.

“The remaining 185 pages broke my heart for women,” Clemens told us. “Since then, I have had the greatest respect for all women who take on daily difficulties and risks with the existing contraceptives.”

This inequity of contraception methods didn’t sit right with Clemens, so he began brainstorming what he could do about it. In 2000, Clemens requested a patent on a Bimek spermatic duct valve that, once implanted, could shut off the flow of sperm and give men a chance to remove the burden of contraception from women.

After years of research and testing, Clemens created the Bimek Sperm Lead Valve (SLV), a small valve fitted around the man’s spermatic duct, to help men decide to be fertile or sterile with the flip of a switch. This tool makes family planning a man’s business and duty.

Surgery to implant the Bimek SLV in the man is done on an outpatient basis and takes about half an hour. The valve can then be switched open and closed from outside the skin of the scrotum. It takes up to three months after closing the valve for the man to be completely sterile. You can learn more about how it works here.

Clemens tested the early Bimek prototype by having it implanted in himself in 2009, and he has continually improved the product to meet the needs of responsible men everywhere.

“I will work on it until the man with a simple, practical, safe, and low-risk implant can take over the contraception completely on his own,” he said.

Contraceptive methods can be costly, painful, or ineffective, and sometimes couples fail to plan adequately to prevent pregnancy. According to experts in the field, 45% of pregnancies in the U.S. are unintended. Clemens said his spermatic duct valve can be a solution to this widespread problem.

“The Bimek SLV would reduce this number in one fell swoop and curb population growth,” he told us. “It would also prevent the packaging waste that is common to current contraceptive methods.”

The Bimek SLV works seamlessly to eliminate the risk of unwanted pregnancies. This is more than an on/off switch on fertility — it’s a way for men to stop the flow of sperm when they see fit and remove the burden of contraception from women.

Unlike other contraceptive methods, the Bimek SLV is hormone-free, reversible, and a one-time lifelong solution. Individuals don’t have to remember to take a pill, nor do they need to wear protection — as long as there is no fear of STD infection.

Clemens has had the valve implanted in himself for years, and he can speak to its effectiveness as a contraception method.

“The Bimek SLV is a gift to all faithful pairs,” he aid. “The young man has to wait only three months after the implantation of the closed Bimek SLV until he is sterile. Then there is nothing to do or buy for contraception to work. He doesn’t even have to think about it. It couldn’t be more comfortable.”

More Than 3,600 Men Have Applied for Clinical Trials

Clemens is currently the only man in the world who has the Bimek SLV implanted. For ethical reasons, he has opted to do self-experiments rather than testing his products on animals. He has also asked for male volunteers to test the valve. So far, he has received over 3,600 applications from men who want to participate in clinical trials.

The clinical study will be carried out on about 25 volunteers at a renowned university hospital in Germany. The manufacturers are ready to start producing Bimek valves, so all that’s left is getting funding for the trials, which will cost about $1 million.

Clemens created the first prototypes in 2006 and had one implanted in himself in 2009.

While Clemens is raising funding for upcoming research and testing, he has also been perfecting the Bimek SLV’s design. His goal is to make it as easy and comfortable as possible for men. “Thanks to my experience with implantation, I was able to develop a much improved Model 4,” he said. “We have a U.S. and European patent for it. This SLV Model 4 is already developed, including special surgical tools.”

The Bimek SLV is leading a contraception revolution that empowers men to take a more active role in how they procreate.

“More and more people are enthusiastically accepting the idea of the SLV,” Clemens told us. “I consider all men who have applied as test volunteers to be members of our team. Together we will reach our goal.”

The Bimek SLV Gives Couples Control Over Their Future

When Clemens first learned what a vasectomy was, he thought he could come up with an easier way for men to regulate the flow of sperm. A valve that could be switched on and off made more sense to him, and he has spent decades pursuing the development of the Bimek SLV.

Clemens hasn’t yet secured funding to get his idea off the ground, but he has been making progress with every successful clinical trial. The Bimek SLV has won the support and investment of many professionals in the medical community, and Clemens is currently looking for more backers to help him get the Bimek spermatic duct valve on the global radar.

If we want to live in a world where relationships are truly equal, then pregnancy shouldn’t be only a women’s issue. Couples need to tackle family planning together. Bimek can help men take responsibility for their role in conceiving a child and ensure they don’t cause unwanted pregnancies.

“Almost all people have sex at some point without wanting to have a child,” Clemens said. “We think that the Bimek SLV would be a real alternative to all existing contraceptives once the safe function of the Bimek SLV is scientifically tested and confirmed.”