The Scoop: Barrell Craft Spirits blends bourbons and whiskeys from more than 65 distilleries to create complex concoctions with deep flavors. The Kentucky company caters to lovers of luxury spirits and delights fans at national competitions. If couples are looking to purchase special spirits for a date night at home, they can select from the company’s one-time, limited-edition batches or opt for regular releases that are always in stock.

The United States is home to more than 2,000 whiskey and bourbon distilleries. But the U.S. has far fewer whiskey blenders, who are experts in mixing multiple whiskeys to create deep, complex flavors.

While single-malt whiskeys are common, some of the tastiest, most sophisticated versions are blends. Sometimes whiskey and bourbon lovers may try to blend their own whiskeys, though an inexperienced blender may not produce ideal results. The process is something better left to a skilled professional.

Joe Beatrice is one of those experienced professionals. He founded Barrell Craft Spirits in Louisville, Kentucky, nearly 10 years ago, sourcing products from 65 local distilleries to create unique bourbon and whiskey blends. 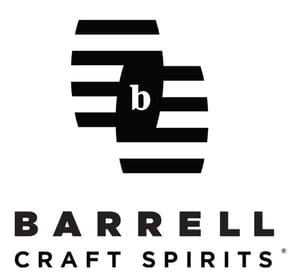 Their concoctions have made a big splash in the spirits world, as well, earning plenty of prestigious accolades.

Barrell Craft Spirits’ products are sold at fine retailers across the country, but also via barrellbourbon.com, where couples who want to elevate their date nights at home can find small releases available exclusively online called “Joe’s Playlist.”

Founder Joe Beatrice is Passionate About Pushing the Boundaries of Blending

Joe Beatrice was inspired by the Scottish tradition of whiskey blending and appreciated the results, as well. After leaving the New York City tech scene, Joe decided to move to Kentucky and open his own whiskey blending enterprise, an uncommon art in the United States.

The idea behind Barrell Craft Spirits is to make a product that is greater than the sum of its parts.

“Barrell Craft Spirits uses its blending expertise to maximize the nuances of each ingredient to make whiskey taste better,” Beatrice told us. “Creative finishes, a liberated approach to blending, and a deep-seated commitment to releasing each whiskey at cask strength and without chill filtration guides every product release.”

It’s also a family affair at Barrell Craft Spirits, as Joe’s wife and daughters also work at the company, where more than half of the employees are women. That ratio is also unique in the realm of liquor and spirits producers. 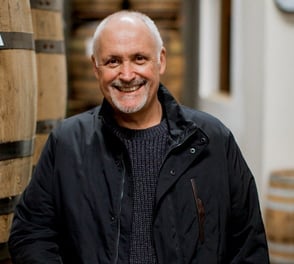 Barrell Craft Spirits serves a clientele of whiskey and bourbon lovers who enjoy intriguing flavors. The company’s customers are slightly older and more established and have a more profound knowledge of high-end spirits.

The team truly enjoys connecting with its customers and regularly hosts virtual tasting parties with groups of 40 to 50 people to explain its various batches and to answer questions.

“We greatly appreciate the support and passion from our customers,” said Beatrice. “Our team embraces a progressive approach to exploring ideas for blending, emphasizing what people want now versus what has been successful in the past.”

The company’s products are high-quality and command premium prices. Couples often choose Barrell to celebrate special occasions or appreciate the finer things in life on a date night. Joe says whiskey lovers can enjoy Barrell’s products neat or with ice, but also in simple cocktails.

“Making simple classic cocktails like an Old Fashioned or Manhattan is a fun, engaging activity for people to do together on date nights,” he said.

The team produces both limited-release, single-issue batches of whiskey as well as regularly issued batches, like Dovetail, Armida, and Seagrass.

Limited-edition batches are issued only once. Once those bottles sell out, that batch is no longer available and won’t be made again.

Each product has its own unique tasting notes, like cherry or vanilla. So, if couples have particular flavors they’re seeking for a date night, they can select a batch that emphasizes those flavors. 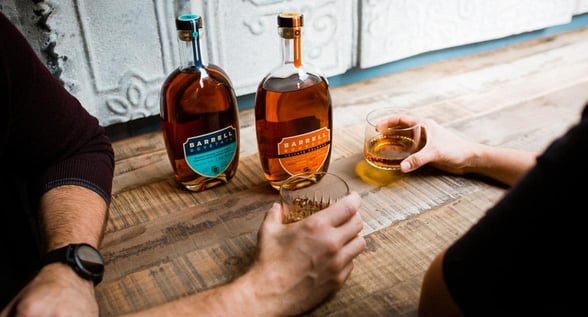 Couples can enjoy unique limited releases or one of their favorite blends on date night.

The team also enjoys coming up with new ideas for bourbon and whiskey blends.

“Our whiskeys are created through a rigorous process of study, observation, and experimentation,” Joe told us.

In addition to limited-edition batches, Barrell Craft Spirits also offers several special blends that are released on a regular basis with only slight variations in proof. Customers appreciate these whiskeys because they can regularly purchase their favorite expressions.

One of the most popular special releases is called Seagrass, a blend of Canadian and American whiskeys sourced and finished separately in three distinct casks: Martinique Rhum Agricole casks, apricot brandy casks, and Madeira barrels that add depth to the flavor.

Barrell Craft Spirits also has several innovative offerings, such as the Infinite Barrel Project. One tradition whiskey lovers around the world enjoy is taking the last few ounces of an unfinished whiskey and pouring it into a bottle they’ve set aside.

“The idea is to select barrels for their flavor contribution and complexity and blend them in a larger single, or “Infinite” vessel. At each bottling we remove a portion of that whiskey and replace it with other barrels that will complement the remaining blend, and then repeat the process,” Joe told us.

The Barrell Craft Spirits team continually strives to become the most creative, forward-thinking, and progressive whiskey blenders in the nation.

Even though it’s a young company, Joe’s dedication and innovation have paid off.

“Barrell looks forward to writing the next chapter of spirits in America by continuing to push the boundaries of blending. As Joe always says, “successful doesn’t mean static. We’re passionate about pushing the creative envelope every day, exploring opportunities to source and blend outside the box, and showcase the world’s most exciting spirits.”