Editor’s Choice: The American Classic Arcade Museum in New Hampshire is a Great Place for a Nostalgic Date

The Scoop: In the 1980s and early 1990s, many teens spent first dates at an arcade, playing Ms. Pac-Man, Space Ace, and Donkey Kong, among many others. For those who want to recapture that nostalgia — or just have a fun date — the American Classic Arcade Museum (ACAM) in Laconia, New Hampshire, provides that environment. Couples can spend an afternoon learning about arcades and the history behind some of the most popular games. For allowing couples to get their competitive juices flowing while connecting over memories, ACAM has earned our Editor’s Choice Award.

Charley Chuck’s Food Fight, which debuted in 1983, is a far cry from the hyperrealistic video games of today. In the arcade game, users assume the role of Charley Chuck, a kid who wants to eat some ice cream before it melts.

But, of course, the mission isn’t that simple. On the way, players need to avoid a horde of angry chefs who want to end Charley’s journey. Meanwhile, they also need to dodge obstacles, including piles of food and potholes, on the way to the ice cream.

Even when it comes to arcade games from the 1980s, Charley Chuck’s Food Fight is a rarity. That’s why the American Classic Arcade Museum (ACAM) in Laconia, New Hampshire, wanted to preserve it for future generations. 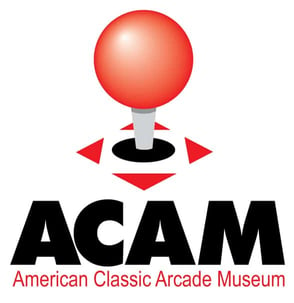 Charley Chuck’s Food Fight is just one of hundreds of classic arcade games from the era at risk of being forgotten. ACAM’s mission is to display, restore, and introduce new audiences to those 1980s games — from hits like Donkey Kong to more rare titles like Pandora’s Palace and Flower.

“We are the first nonprofit dedicated to the preservation and play of classic coin-operated video games and pinball machines,” said Mike Stulir, Vice President of ACAM. “We have been extremely fortunate that many game developers have been so kind to us in sharing their wisdom and experiences.”

The museum’s games aren’t contained behind ropes or glass. Visitors can relive their youth by popping a token into any machine to play a game and enjoy a competitive date while learning about the past.

“The nostalgia factor at ACAM is very high, and I think that provides a good solid base for conversation, particularly with those who have just started dating,” Mike told us.

Arcade and pinball games have a fascinating history. Though many people may associate them with the 1980s, the American Classic Arcade Museum shares a timeline that begins in the 1930s with the invention of the pinball machine. ACAM displays a 1942 photo of New York City mayor Fiorello LaGuardia taking a sledgehammer to one of the more than 2,000 pinball machines the city confiscated, believing them to be akin to gambling tools.

Through subsequent decades, the popularity of coin-operated games increased. The industry exploded in the late 1970s and early 1980s, with arcades featuring popular games — including Pong, Pac-Man, and Space Invaders — sprouting up in cities all over the United States. 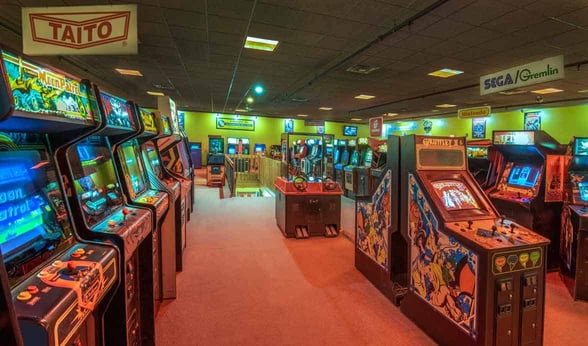 Visitors can choose from more than 250 historic games and also view rotating exhibits.

After the boom of arcades in the 1980s, the classic coin-operated games started losing popularity in the early 1990s. More profitable ticket-based games became popular, and home console games had reached the point that they could create graphics and sound that matched what could be found in the arcade.

As demand for coin-operated games fell, companies that developed & produced those games began to go out of business. As a result, early video game history began to fade into obscurity. Arcade games ended up in the hands of collectors, or were scrapped by arcade operators and thrown away.

By 1998, Gary Vincent, a long-time arcade worker who had filled every role from a floor attendant to operations manager, noticed that many classic arcade games were being taken out of circulation. His main expertise was in the history, operation, repair, and restoration of coin-op video games.

Gary believed that these games needed saving the same way that other significant artifacts did. So, he put a plan together for a museum and eventually opened ACAM in September of 1998 — and it became a nonprofit in 2002. Nearly 20 years later, Gary is still the museum president, and the museum brings joy to generations of arcade-lovers — both old and new.

“One thing that always makes me happy is when I see adults introducing their kids to these games. It is not uncommon to walk the aisles at ACAM and hear adults saying to their kids, ‘This is what we played when we were your age,’” Mike told us.

Spend an Afternoon with Your Partner Immersed in Classics

If you plan to bring a date to the American Classic Arcade Museum, you’ll have plenty of options. According to Mike, the games are the exhibits, and everything is playable.

Visitors can start by trying out some of the oldest games available — including one of the first coin-operated video games ever made: 1971’s Computer Space.

While most people associate Computer Space with a yellow fiberglass cabinet, it came in several colors. ACAM actually has two Computer Space cabinets, which is quite a luxury since even having one is rare. Both are a maroon color with flecked sparkles. The cabinet was originally designed using modeling clay and production of the cabinet was done by a swimming pool manufacturer. 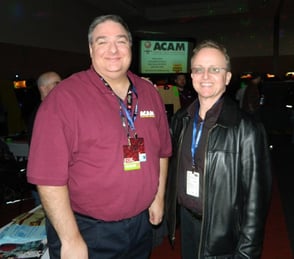 Mike also recommends visitors try their hand at a two-player game so one of them can take home bragging rights. One of his favorites is Galaga, a 1981 game where the goal is to eliminate alien intruders.

After that, he suggests trying out a cooperative game, where you and your partner can work together. He suggested Gauntlet, a 1985 Atari multiplayer game where the objective is to work in tandem to escape a dungeon.

After visitors get their fill of the permanent games, they can move on to one of the museum’s rotating historical exhibits. For example, ACAM may have a display devoted to games created by a particular company.

“Our most recent exhibit includes games, advertising materials, and little-known information for Sente Technologies, a short-lived company from the mid-80s founded by a group of former Atari game developers. The exhibit features a set of ultra-rare circuit boards for an unreleased game called ‘Moonquake,’” Mike said.

ACAM also features educational programming to teach high school and college students more about the development of the popular games of yesterday. They can learn that, since there was no graphic design software yet available, the creators of Ms. Pac-Man used a 1967 Lite-Brite toy — a light box with small colored plastic pegs — to make the beloved characters.

“Before computers were used to create graphical elements, game developers would often sketch out what things should look like on graph paper. General Computer Corporation, the creators of many arcade classics such as Ms. Pac-Man, discovered that a Lite Brite, essentially a children’s toy, allowed them to quickly demonstrate and modify what characters should look like without the time investment of doing things on paper,” Mike said.

ACAM’s staff, board of directors, and volunteers have more than 100 years of combined experience in the video game industry, and they all share a common goal: To ensure that future generations of kids, daters, and arcade-lovers can enjoy the classics.

The museum has also developed a reputation for preservation, which is why game-lovers have gifted it more arcade games than it could ever possibly display.

The team has restored many games that were no longer operable. One restoration Mike remembered in particular was that of a 1976 game called Death Race, in which players crash into cars to earn points.

Gary and two volunteers — one from Florida and one from Oregon — worked on the game at the museum until it was back in its original condition.

The team’s dedicated work is why the museum attracts more than 350,000 visitors annually. And the guests are people of all ages not just adults who were children in the 1970s and 1980s.

“Several years ago, ACAM appeared at a gaming trade show with 35 of our classic games,” Mike said. “It took us by surprise that the most popular game of the three-day event was Pong. It is one of the simplest games ever created, and the crowd totally loved it. There is something wonderful about seeing kids get excited about a 45-year-old game.