The Scoop: Uhive is a social media app built with user privacy in mind. The app doesn’t track or profile users — it sets them free and encourages them to follow their own interests and desires. Uhive supports two virtual spaces: the Civilized World where friends and family members connect, and the Grey World where individuals can explore new spaces safely and anonymously. Uhive’s blockchain-powered token system rewards users for interacting on the app and creating lasting connections in this unique social space.

I don’t know about you, but my personal newsfeeds have gotten a little out of hand lately. I have hundreds of friends and followers on my social media accounts, and I’m not exactly besties with all of them.

Whenever I go on social media, I scroll through photos, videos, and stories posted by people I haven’t actually seen in over a decade, and sometimes I’m not even sure how I know Girl With a Cute Dog or Guy Who Seems to Travel For a Living. Maybe I met these people once or twice in college, or maybe I’ve somehow friended total randos. Unsolved mystery.

Uhive offers an open-ended space where users can be themselves, socialize, and build relationships.

Social media is supposed to provide a space for getting to know people, but sometimes overpopulated and disorganized feeds can create a disconnect in the community, leading individuals to feel out of touch with their so-called friends.

Uhive is an up-and-coming social media app designed to bridge this divide and help users create more meaningful spaces that are driven by their interests and lifestyles.

Much like Facebook and Instagram, Uhive has a live newsfeed where users can see stories shared by friends and family members. However, Uhive gives users more options to curate content by interest — gaming, science, art, sports, etc. — and become more invested in browsing, commenting, and connecting online.

Uhive is set to launch officially in 2020, but its beta version is currently available for early access on Google Play. Socially savvy singles can get on the ground floor of this new social media trend and discover the possibilities in a liberating, rewarding, and engaging space.

“Uhive aims to disrupt social media as we know it today,” said a Uhive spokesperson. “We’ve designed fun new features like being able to show up to five levels of emotion for a post, anonymous networking on the Grey World, and the ability to trade almost anything within the network using our blockchain-based digital currency.”

Mingle in the Civilized World & Get Freaky in the Grey World

The Uhive app consists of two separate worlds. The Civilized World is comparable to most social media networks in that it showcases the posts from the user’s friends and family members. Users can sort their feeds by 26 interests and prioritize posts that pertain to the things they care about, whether it’s the environment, sports matches, or current events.

The Grey World is the private side of Uhive. Anyone over 16 can browse here with complete anonymity and seek like-minded friends and romantic interests in a judgment-free space. 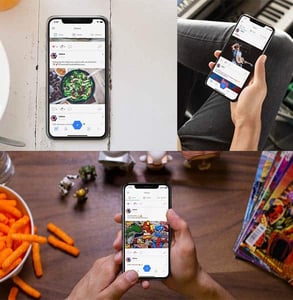 Thanks to Uhive, singles can freely be themselves online without jeopardizing their privacy.

“Not only does it open up doors for relationships of all kinds, but it also gives people opportunities for connections, exploration, self-identification and self-expression that’s currently not possible or practical on existing social media,” the Uhive team said.

The Grey World has quickly become one of the most popular features on Uhive with users enjoying the chance to be themselves and express things they may not feel comfortable saying in more public arenas. The Grey World is a safe space with endless opportunities to reach out, be bold, and create a new identity. The discreet setting is perfect for daters looking to burn off some steam.

Uhive’s unique social network has captured the imagination of users in the U.S., Canada, and the U.K., and it is rapidly expanding its reputation in countries around the world. The Uhive team endeavors to be an ally to singles who feel isolated or disconnected in their local communities and need a safe haven where they can discover a sense of belonging and fulfillment.

At its core, Uhive is driven by shared interests, mutual likes, and community spirit. All these things make it a natural dating tool for anyone burned out with online dating or frustrated on mainstream social media.

“On Uhive, matches are based on common ground and shared affinity,” the Uhive spokesperson told us. “Uhive strives for a seamless and easy user experience, why shouldn’t the same be applied to dating? We make it easier for you.”

The Grey World invites singles to explore new social and romantic connections by first exploring their interests and joining an active group discussion about the things that are important to them.

A Diverse Team Raises the Quality of Online Connections

The Uhive team is as diverse, creative, and free-thinking as its membership base. The startup is powered by passionate men and women who want to influence the future of social media. They may come from different backgrounds and have different personality types, but they share a common vision for Uhive, and that unites them in their work.

Over the last couple years, forward-thinking engineers, marketers, financiers, and other tech experts have put their heads together to see what they can do to overhaul, improve, and reimagine the digital world. They have designed every aspect of Uhive to disrupt the market and put users in the driver’s seat. 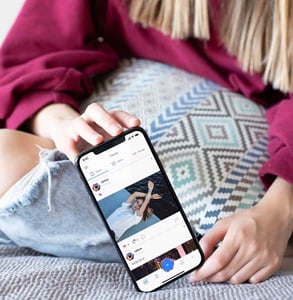 The Uhive team has challenged the status quo in the digital world, and made improvements and spurred growth in the process.

“The multicultural environment fostered in the company is evident in the work, pulling from the interests of different demographics across most spectrums,” a Uhive team member said. “The team sets the stage for what the Uhive experience will encompass.”

The Uhive app won’t roll out its full-featured application until early 2020, but the team has already heard a lot of positive feedback from its early adopters. As the community has grown, people have posted in user forums and group chats to say they’ve made great friendships thanks to Uhive.

“There is no better project and investment than this,” said Berardi Danilo, who’s been on the app as a beta member for over a year. “I like the enthusiasm, the determination, and the seriousness that the whole group is giving us.”

The Uhive team has worked hard to create a seamless user experience where people feel connected and engaged every step of the way.

“Our motivation is increasing the quality of the connection rather than the quantity of connections,” the Uhive team said. “That ultimately results in more valued relationships and connections.”

The Uhive app has unique features developed to help users build common ground, discover mutual interests, and see where their likes take them.

Uhive has employed blockchain technology to create a token system that rewards users for investing time and energy in the app. The Uhive tokens can be used as currency on the app to buy merchandise, premium features, advertisements, and other services. 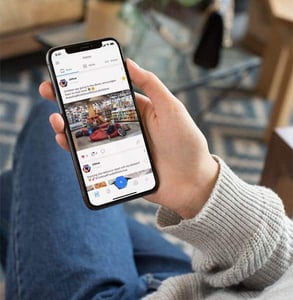 The token system also allows Uhive to give back and share 30% of its ad revenue with the most loyal and supportive Uhive members.

Uhive has also had virtual reality in mind from the very beginning. The social media app was created with the integration of VR technology, and the team expects VR to play a larger role in the coming years.

The Uhive team predicts that VR dating will soon become a reality for singles who seek partners online but who may feel hampered by distance or introversion.

One day, the Uhive may become a romantic hub where users plan VR dates and get to know each other on a deeper level. Thanks to VR technology, singles can go beyond text messaging, look each other in the eye, and feel as if they’re really with that special someone.

“There are billions of people around the world, and this application opens the door for branching out in every direction with as many people as possible, privately or publicly,” the Uhive team said. “We cater to everyone and hope to bridge the gap between current social media platforms and the user experience they provide.”

I’m not the only one clicking the unfollow button on major social platforms. Social media burnout has become widespread in the U.S. and abroad. Many people are tired of blindly following the crowd and giving away their personal details without getting any value in return.

In the last few years, global movements, like #DeleteFacebook, have gained momentum, and a series of privacy scandals have driven digital natives to abandon their old accounts and find new ways to connect.

Uhive has positioned itself as the privacy-driven and interest-based alternative to shady social media networks. The newly unveiled app has made waves by giving users the power and freedom to browse anonymously and curate newsfeeds based on their curiosities, proclivities, and passions.

The soon-to-be-released Uhive app will invite people to explore a new social experience where they’re in control and can build relationships with their type of people. Looking to the future, the Uhive team intends to continue using modern technology to build its online community through shared interests and experiences.

“People should consider investing their time in Uhive as it will open up many opportunities,” the app’s spokesperson said. “Being a feature-rich application, it affords users the chance to make friendships, connect with people romantically, and potentially create long-lasting bonds.”