The Scoop: The Ponder dating app is popular because it rewards users for pairing their single friends with compatible partners. Founder Manshu Agarwal thought it’d be nice to help users make matches in other parts of their lives, too. That’s why he’s planning to expand the platform beyond dating to include friend-made referrals for services — including hairdressers and auto mechanics — and jobs for open positions at companies both large and small. In addition, Ponder incentivizes those referrals by paying users for successful matches.

If a good friend raves about someone and then tries to set you up on a date with that person, chances are you’d be interested. Most people take recommendations from friends seriously, and, especially in dating, friends can make excellent matchmakers.

That’s the premise of the Ponder dating app, which encourages users to pair single friends, colleagues, and acquaintances with whom they think sparks would fly.

“We’re trying to make the dating industry more human,” said Ponder Founder Manshu Agarwal. “And getting a valuable recommendation from a friend is still the number one way to meet a compatible partner.”

Amateur matchmakers also enjoy tangible rewards for using Ponder. Not only do they enjoy the gamified element of matching friends, but Ponder pays them for a job well done. Using the app’s drag-and-drop interface, would-be matchmakers pair two single friends from their network — or even people they’ve never met. If a matched couple likes each other, the user who matched them earns $10. If that couple ends up getting married, the matchmaker earns $1,000. The payments are made through blockchain to ensure ease, speed, and transparency. 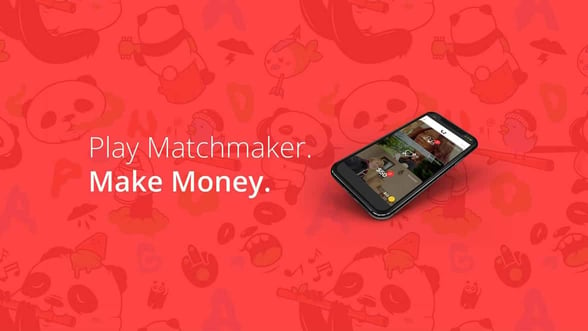 Ponder turns friends into matchmakers, and the company plans to expand on the idea.

But the quest to earn money isn’t the reason most users take time to pair their friends. According to Manshu, Ponder matchmakers are more fulfilled by creating a successful match than they are with the money.

“We believe in the power of referrals. The core is bringing in that person who is not single and making it enjoyable for them,” he said. “We made it financially rewarding because we want users to get an extra good feeling when they help others.”

While Ponder’s popularity as a dating platform has grown, Manshu recognizes how powerful these personal referrals can be in other areas of life, as well. In the works are two new platforms — one for referring services to friends and another for recommending jobs to people who users think would be a good fit with a company.

Before Ponder, there were no social media platforms that provided effective friend-to-friend dating referrals.

Facebook, for example, allows users to recommend a service or friend to others, but user feeds can be so long and convoluted that they may overlook the recommendations. Furthermore, no social media sites have pushed to make dating referrals a part of their platform.

“Social media is about people putting forward the best images of themselves, and it becomes a marketing ploy for a lot of them,” he said. “Social networks don’t really bring people together anymore.”

Those platforms were originally designed to encourage users to form closer bonds with one another by sharing their thoughts with friends. But, instead, they often give people an excuse to remain distant and interact less.

Ponder’s gamified experience makes it fun for users to match people — and make money in the process.

Manshu designed Ponder to disrupt that perception of an online network. He initially developed it after hearing from friends that most dating apps did everything but bring people together.

“The main complaint I heard about online dating was that it was too random and time-consuming,” he said. “They want a quicker and more effective way to cut through that noise.”

Manshu decided the best way to make a dating app more useful was to allow users to enlist help from real people.

While the Ponder app provided that for daters, Manshu saw a similar need in other sectors. People are constantly seeking referrals for jobs or services from knowledgeable friends.

“There was room for a new app in that sector that can make referrals fun and rewarding,” he said. “Because why would someone make these referrals if it wasn’t an enjoyable experience?”

Taking Matchmaking Beyond the Dating Field

The premise is similar to user review platforms, like Yelp or Angie’s List, but has a key differentiating feature: The referrals are generated by people you know. That means there’s no worry about authenticity or accuracy.

“Dating referrals are one aspect, but referrals are valuable in many different contexts in which you need to find a trusted connection,” Manshu said. “Eventually, our new platform will include more referrals, including dentists, mechanics, or real estate professionals, the kind of services you might need on a daily basis.”

This new platform will be called Ponder Daily, since it offers referrals for day-to-day services.

“Every company wants referrals, but they have trouble motivating their employees to make them.” — Ponder Founder Manshu Agarwal

But Ponder isn’t just building a tool for recommending services. The company is also developing a job referral service for those seeking new positions or careers.

“Every company wants referrals, but they have trouble motivating their employees to make them,” said Manshu.

Those making referrals for daily services and jobs will get more than just satisfaction for their matchmaking success. Just like its dating app, the new Ponder jobs platform will reward users for their ability to recommend the right services and jobs to friends.

Ponder’s new platforms won’t have to handle all referrals internally. Instead, the company is developing tools for businesses to adopt. For example, companies can use Ponder-developed tools for referring roommates, investment bankers, real estate agents, and practically any other service.

Helping Users Build Relationships Based on Shared Values and Needs

Manshu found referrals to be powerful when he developed the Ponder dating app to reward users for recommending romantic interests. But the value of that proposition goes well beyond matching people with compatible partners. That’s why  Ponder is branching out to other types of peer-to-peer referrals.

The company has also generated buzz in the media. Recently, Ponder was featured on the Meet the Drapers, a show on which entrepreneurs present their ideas to a panel of industry experts.

“All three of the Drapers liked what we were doing, especially on the dating front,” said Manshu. “It impressed them that we were creating a referrals engine, so we got a thumbs up from all three Drapers.”

Ponder has an 18-month plan for rolling out its new offerings. It expects to unveil its job referrals product in spring 2019 while the Ponder Daily app is slated for release in spring 2020.

The Ponder dating app is also expanding beyond the United States to new markets in India, Asia, and Europe.

Ponder’s philosophy is novel in the sea of social media and dating platforms. But, as Manshu said, creating relationships based on shared need is nothing new in human history.

Recommendations from friends within a network is an effective way to form relationships. Ponder just made the process easier and more rewarding.

“There aren’t many real ways to help build relationships right now. But we recognize the value of a friend’s recommendation,” Manshu said.

Ponder and its scheduled offerings aim to simplify and expand the power of friendly referrals.

To invest in Ponder and share in the app’s success, check out their ongoing crowdfunding campaign here.