eQuoo: How an Emotional Fitness App Can Benefit Your Mental Health & Your Relationships

The Scoop: eQuoo is an app like no other. Psychologist Silja Litvin developed the emotional fitness app to deliver helpful, evidence-based information through an interactive game. The app’s ultimate goal is to strengthen the user’s mental well-being so he or she can tackle life with greater confidence and skill. By playing eQuoo’s educational levels, users develop emotional resilience and build solid relationship skills that can help them achieve success at work, at home, and in the dating scene.

Silja Litvin decided she wanted to be a psychologist at the tender age of 12. She had spent her childhood moving around, living in four countries (including the US and Germany), and learning how to adapt to different cultures. That experience helped her cultivate an observant nature as she tried to figure out what her classmates were thinking and feeling.

When her sister got a book about reading body language, Silja said a lightbulb went off, and she realized she could study people and analyze their behavior for a living. Her passion for psychology has only grown since that day. 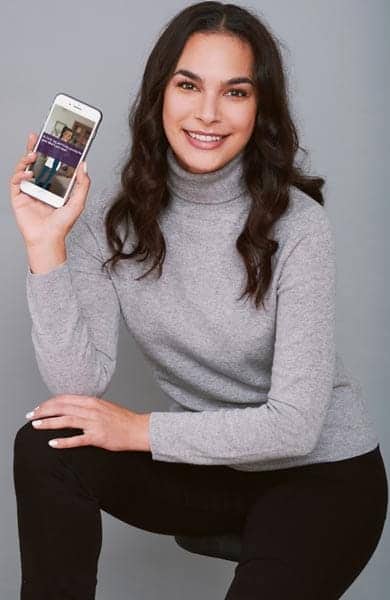 “I’m lucky because the older I got, and the more I learned, the more my interest in psychology deepened,” she said. “I think it’s one of the most interesting fields out there.”

In 2013, Silja was working on her master’s degree when she pitched an out-of-the-box project to her professor. Instead of writing a traditional term paper, she wanted to develop a psychological counseling app that could improve the user’s mental health. Her professor was on board, so she got to work.

The experiment was a tremendous success. Silja saw that using her app every day for a month could significantly lower a person’s depression levels. Once she had proven her theory in academia, she set her sights on bringing those mental health benefits to the real world.

For the last five years, Silja has devoted herself to developing an app that uses psychological principles to improve people’s moods, relationships, and lives. In 2016, she launched eQuoo, an innovative emotional fitness app. The app reinforces good mental and emotional health in a choose-your-own-adventure style game.

One of eQuoo’s most important lessons is to stay positive through life’s ups and downs. “To have a successful relationship, it’s important to keep growing and see failure as a challenge that makes you better next time,” Silja said. “Conflict is actually an opportunity to grow.”

Silja founded PsycApps, a digital mental health company, to build therapeutic solutions that could reach people around the world. The bootstrapped company is relatively small right now, but Silja said she’s eager to grow. She has set the goal of raising $1.4 million to help the team market and scale up the app.

Thanks to a partnership with AI experts at Collision Studios, Silja has created a fun app that engages users and teaches valuable lessons — now all she has to do is spread the word and grow her user base.

The eQuoo app is currently live in several English-speaking countries around the world. The largest percentage of users hail from the UK (probably because PsycApps is based in London), but Silja said she plans to tackle the US market and grow her influence worldwide in the coming year.

Silja told us the app’s target audience is people between 18 and 28 years old. These digital natives have grown up around technology and know how to use it to their benefit. “Going to an app for learning, fun, and growth is natural for them, so eQuoo is a perfect fit,” Silja explained. “Plus, that’s a time of life when a lot of changes occur. You’re leaving home, going to university, starting a job, and having your first serious relationship.” Anxiety disorders and mood disorders can begin cropping up during this age range as well.

Singles in their 20s face many personal challenges, and some psychological knowledge could help them deal with issues as they arise. With luck, eQuoo’s sound guidance can nip emotional and mental issues in the bud and set young people up to lead happy fruitful lives.

Early on, Silja realized eQuoo had to address user attrition and give individuals a reason to use the app on a regular basis. The app has been proven scientifically effective, but it requires people to be self-motivated and follow through with the process to get the full benefits. That can be a problem because people suffering from depression, anxiety, and other mental health challenges often lack the willpower or energy to stick with something for weeks on end.

That’s why the app has Dr. Joy, a friendly avatar, to guide users. Joy’s name is a nod to Sigmund Freud, whose last name translates to “joy” in German. She is a consistently positive influence accompanying users on their journey. She introduces new ideas, reinforces good thoughts and behaviors, and praises accomplishments.

Joy’s analytical yet friendly input helps users stay interested as they move from one level to another. Each level focuses on a psychological principle and gives users the opportunity to apply what they’ve learned in a choose-your-own-adventure game.

eQuoo teaches men and women to maintain their emotional fitness and makes professional counseling accessible to a mobile audience.

While playing the game,  eQuoo users enjoy a safe and stimulating environment where they can practice their communication and social skills one level at a time. It doesn’t take a lot of time to work through this education course.

“Someone who reads fast can get through the levels in about a week,” Silja said, “but we hope people take their time and take the lessons to heart.”

Everyone faces different challenges on the road to good mental health. Instead of offering blanket advice to all participants, eQuoo customizes its advice by conducting a personality analysis. The app asks users pointed questions so that it can measure their Big Five Personality Traits (openness, conscientiousness, extraversion, agreeableness, and neuroticism). The app then delivers self-improvement tips based on that evaluation. The psychological feedback varies from person to person, which increases the likelihood of its advice hitting home.

“Listening, connecting, and responding in certain ways are the core foundation on which a relationship is built,” she said. “The way you communicate and interpret communication gives you stress or gives you joy.”

Empirically Proven Tips Put Users on the Path to Success

Since its launch, eQuoo has earned praise from mental health professionals who see the need for a tool like this. Dr. David Susman, a clinical psychologist and professor, called the app “an innovative way to learn positive coping skills and strategies for better psychological health.”

Dr. Duana Welch, who wrote “Love Factually: 10 Proven Steps from I Wish to Do,” echoed these sentiments. She said playing the app helped her discover her own biases and analyze herself. “People who use eQuoo will become more adept in all their relationships, more knowledgeable about themselves, and, ultimately, more resilient,” she said.

“This is persuasive technology used for good,” said Dr. Berney Wilkinson. He added that he planned to recommend eQuoo to clients in his private practice. “I have a cohort of clients in mind that could use this to bridge appointments,” he said, “and keep up with concepts we’re working on.”

Silja stands behind her app and emphasizes its potential to transform people’s outlooks and disrupt negative thought patterns. She named eQuoo after a person’s emotional quotient (or EQ) because her goal is to help people build their emotional intelligence and set themselves up for success.

“Your emotional quotient is a greater predictor for success in the workplace than your intelligence quotient,” she said. “You can have the IQ of Einstein, but you need to know how to talk to people to get them to help you succeed. The better you can communicate and lead, the more likely you are to get ahead in life.”

By putting psychological principles into a real-world context, eQuoo has given people the tools they need to fundamentally change their lives. They can apply the lessons they learn on the app to impact their incomes, relationships, and day-to-day happiness.

Silja discovered a passion for psychology early in life, and the more she learned about human nature, the more she wanted to help others understand their own hearts and minds. A few years ago, she founded PsycApps to hack the brain and fight mental illness using the latest digital tools.

Today, the eQuoo app offers mental health insights that can change people’s thinking and empower them to develop healthier relationships. When singles and couples are going through a difficult time, they can rely on eQuoo to be there for them and provide evidence-based psychological support. The game’s lessons reinforce positive thinking and ensure people stay on the right path.

“The most gratifying and satisfying thing for us is when we get an email from someone who said the game helped them,” Silja said. “It’s just great knowing you’re adding a little glow of light in people’s lives. That’s a beautiful thing.”